Home >> Year of the Reef

Year of the Reef

Ancient Reefs – The International Year of the Reef 2008 is a worldwide campaign to raise awareness about the value and importance of coral reefs and threats to their sustainability, and to motivate people to take action to protect them.  Over the next year, articles about coral reefs will be written as a regular article in this magazine as a contribution to raise public awareness on the importance of coral reefs. “All the world's a stage,  and all the men and women merely players;  They have their exits and their entrances…” As You Like It, by William Shakespeare. Shakespeare wasn’t talking about coral reefs but metaphorically speaking, this actually fits the geologic and evolutionary history of reefs.  They have been around for 3.5 billion years and  have come and gone due to geochemical changes in seawater, tectonic movement, climatic fluctuations and / or varying sea levels. Up until the 15th century, this was all in the absence of human influence. 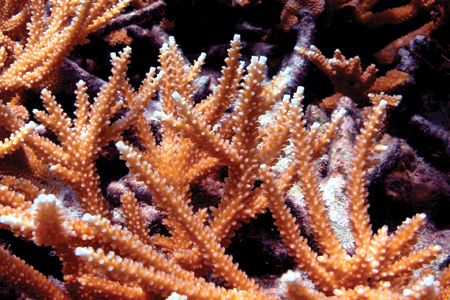 Looking at fossil records provides a unique perspective on biological diversity of reefs on a scale from thousands to millions of years.  Coral reefs of the Caribbean have gone through five distinctive evolutionary phases through earth’s history.  Each phase was followed by periods of low diversity and eventually a period of extinction all due to large scale environmental perturbations.  These drastic environmental changes include the closure of the Isthmus of Panama that altered oceanic currents and ultimately cut off the dispersal of Mediterranean fauna to the Caribbean.  Another change was the onset of the Northern Hemisphere glaciation period that caused the sea level to drop leaving corals exposed and left to die off. 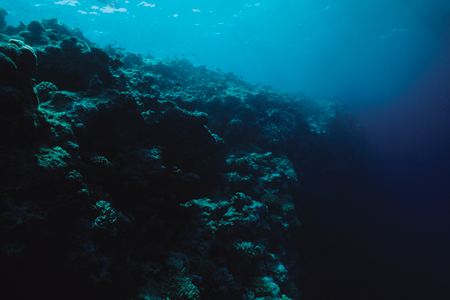 Species diversity has gone up and down over time and the highest diversity recorded occurred about 2 million years ago when there were 133 species and 38 genera of corals in the Caribbean compared to the 61 species and 25 genera of corals known today.   Although this last drop in diversity was not caused by humans, the abundance of coral reefs has drastically declined because of human influence over the last 500 years.  This decline in abundance will ultimately be the catalyst to another mass extinction.

Reefs have been severely degraded since Christopher Columbus first arrived in the West Indies. The decline may have started with over-fishing, especially keystone species such as sea turtles and manatees.  Then the clearing of land for agriculture, such as sugarcane in the 1600’s and eventually the industrial revolution exacerbated declining reef systems throughout the Caribbean.  More recently the outbreak of white band disease in the late 1970’s and the bleaching event of 2005 have nearly wiped out all elkhorn, staghorn and fused staghorn corals (the Acroporids) throughout the Caribbean.  These particular corals were once the most abundant species of corals in the Caribbean and are also about to become one of the first genera to become extinct.

The importance of coral reefs is global and multifaceted.  They are important storehouses of organic carbon and regulators of atmospheric CO2, which in turn may influence climate and sea level fluctuations.  They also protect coastlines from erosion and help to create sheltered harbours. So while no human has ever watched the “world’s stage” when coral reefs did not exist but chances are, the world will be dramatically different.

These elkhorn and staghorn corals (Acroporids) have actually played an important role in understanding past events such as sea level rise and fall.  For example this type of coral has been used to determine past sea levels by carbon dating.

Sadly, this may be the first species to become extinct in the Caribbean in thousands of years.