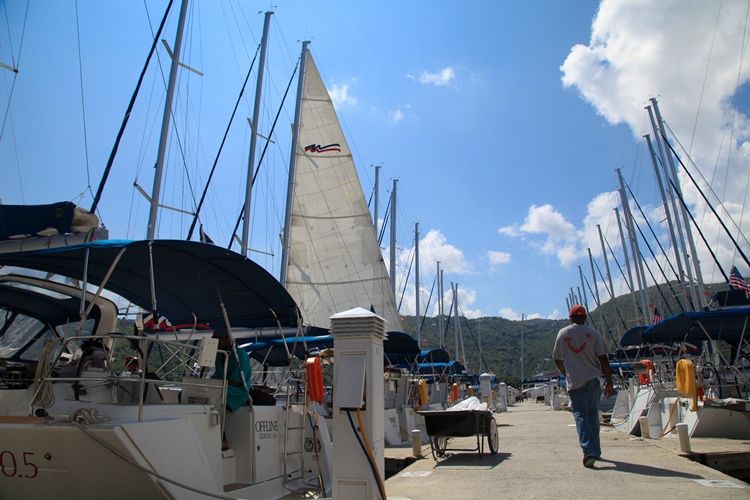 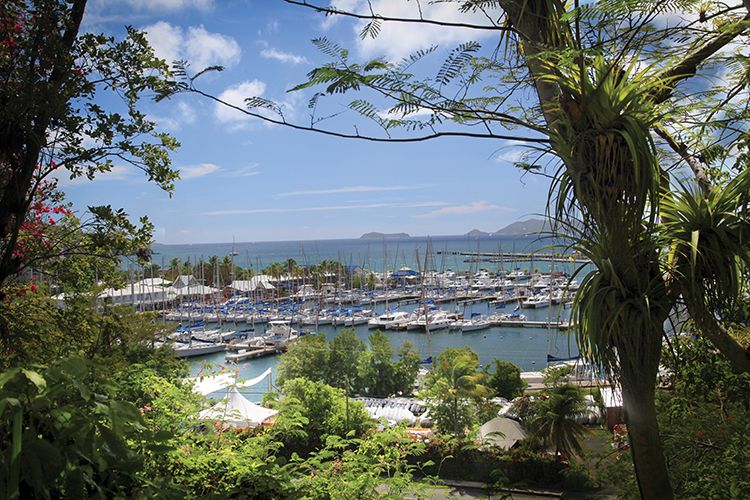 When yacht buyers from Australia, Brazil or Norway—that is, buyers with spending money—are looking to obtain a good used boat, they often buy a ticket to the British Virgin Islands.

Discerning buyers with an eye for a former charter yacht, particularly the larger catamarans, find that the BVI has a large assortment, is easy to reach, and with transactions denominated in U.S. dollars, deals are easily consummated.

Buyers from different countries have their favourites: the Aussies and New Zealanders are particularly fond of the Simonis-Voogd Leopard catamaran designs of a few years back, particularly the 4500 and 4700 –these were favourites of the crews who ran them for The Moorings too and several of those couples bought the very boats they had worked on as employees, after having ensured they were maintained in top-notch fashion in their final years of corporate service.

I spoke to a couple of Aussies recently, Pete Smith and Bob Wilson, who were about to leave for Panama and the Pacific. They bought their boat—a Leopard 4500—in the BVI because, as Pete said,

It’s a reliable place to do business. It’s fairly easy to get to, there’s good support systems in place, and the selection is fantastic.

It didn’t hurt, he said, that “Guys love these boats back home. I’ll be able to sell it on for a good number if I want to.”

Many European buyers like the Jeanneau and Bavaria models that are priced well—the Norwegians in particular. Supply is good in the BVI, since the top-tier charter companies have a limit on the number of years they’ll keep a boat in their fleets. A lot of those boats come available after five years, and there is a reliable supply.

One yacht sales professional—who wouldn’t be identified for publication—said that virtually everyone operated in the shadow of the TUI sales office representing The Moorings, Sunsail and Footloose boats, since “they have a constant supply, with new boats coming on all the time. They have to turn fibreglass into cash and often they’ll have several of the same model available at the same time. It’s basically an auction, and a smart all-cash buyer can get a bargain.” He tried not to compete, he said, but sold his brand on its unique set of benefits. “But sometimes it’s all about the price,” he admitted. 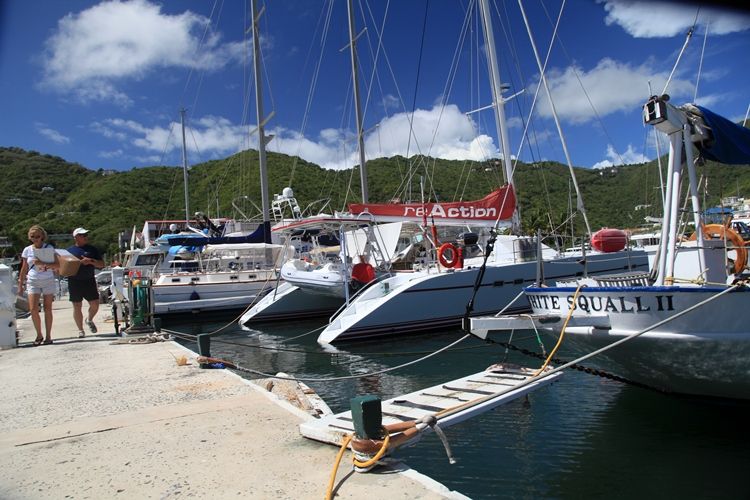 The charter companies such as Horizon, TMM and BVI Yacht Charters all have their own brokerage services for new and used yachts. Some are boats they’ve acquired as a part-payment on another yacht they might have sold, but most are boats being moved out of their fleets.

Not every buyer is in the market for a generic 40-something footer, though. The specialty brokers, such as BVI Yacht Sales or Southern Trades, have their niches. BVIYS seems to handle a number of private well-cruised yachts that have done serious travelling. Their current listings of sailing yachts run the scale from $1 million to $29,000 with a median less than $200,000.

Southern Trades seems to handle a number of premium large charter catamarans, some in the high six to medium seven figure brackets. It’s a mark of the priorities of the local market that whilst BVI Yacht Sales lists 61 sailboats, they show just nine power yachts.

One caveat about buying a boat out of the charter fleets of course is that you are basically buying a rental car. In some cases, it has been beaten up in its hard life of service and maintained in a keep-it-running fashion. Many of the specialty charter yachts from the big builders such as Beneteau are equipped in ways that might compare badly with a similar boat being sold to the general public. Winches are often sized a bit smaller and the quality of interior fittings might not be as good as on their “civilian” counterparts.

Generally, though, these differences are reflected in the pricing and a smart buyer with access to cash can find an excellent yacht for their buck.