Home >> WHO OWNS THE

FORESHORE AND SEABED? – I am not that long in the tooth, but in my day the question of who owns the foreshore and seabed was one that we were grateful to leave behind at university, comforted as we were by the misconception that Public International Law was not likely to rear its unwieldy head very often. Of course, the world has changed so quickly that although it is still a niche area, issues of Public International Law do arise from time to time.  In particular, issues relating to the foreshore, seabed and deep seabed have risen to the forefront on a national and international level, and the British Virgin Islands is no exception. 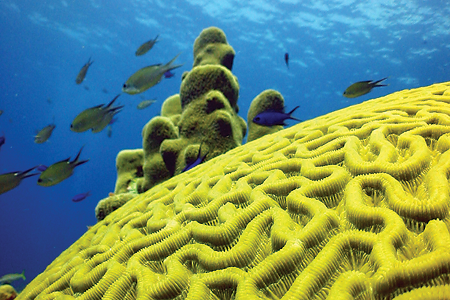 The foreshore is simply the area of land that is exposed by low tides and conversely is submerged when the tide is high.  In the British Virgin Islands it includes not only beachfront property but also cliffs and mangroves.  The seabed is, as its name implies, the floor of the sea where the land is completely submerged by water.  The air and water above the land and the soil and rock beneath the water are included in the legal definitions of the foreshore and the seabed.  The deep seabed is that body of water that is outside a country’s territorial sea and encompasses the seabed and ocean floor.  This area is deemed to be the common area of mankind and no one country may claim sovereignty to it.  At least not since the adoption of the United Nations Convention on the Law of the Sea, as this area is now an economic zone and no longer a battleground.  I am not going to deal with the rights of coastal states in relation to the waters adjacent to their territorial waters.  I am only going to explain the ownership of the foreshore and seabed as it relates to the Territory of the British Virgin Islands and briefly describe the procedure for obtaining permission to build a jetty, install moorings or reclaim land on the foreshore and seabed.

The seabed is referred to in some colonies and former colonies as the “Queen’s Bottom” not to be confused with the reef in Massachusetts which was renamed after the QEII ran aground there.  It is a rather undignified term but it is meant to sum up the principle that the foreshore and seabed belong to the Crown and are therefore public property and neither access to them by the public nor anchorage can be denied..  There are some who are of the opinion that the Crown only has prima facie title to the foreshore and seabed and that the soundness of the Crown’s title is suspicious.  It is no surprise that such opinions are most often voiced by US scholars.

The British Virgin Islands has followed English Common Law, and the Crown is the presumptive owner of the foreshore and seabed extending two hundred miles out into the ocean.  The Government, on behalf of the Crown, is able to grant freehold and ninety-nine year leasehold interests in the foreshore and seabed, but such grants must always be subject to the public’s rights limited as they are in fact.  The purchase of beachfront property does not permit the owner to exclude the public from the use of the beach unless the title includes the foreshore.  However there is no general right of public access to the foreshore over land under English common law.  Public access has generally been preserved by the reservation of land by the various Governments of the British Virgin Islands.

It is important for any purchaser of coastal property to determine where the boundaries of that property lie.  The term “land” is defined in the Registered Land Ordinance, Cap. 229 (as amended), as including land covered with water and… buildings and other things permanently affixed to land.”  If you are purchasing property that already has a jetty or dock then you need to ensure that the title includes the foreshore and seabed.  It would be prudent to ensure that the property that you are purchasing is not in fact encroaching on Crown land.

If you are planning to build a jetty, install moorings or reclaim the seabed after you have purchased residential property you will need to obtain a Crown lease of the foreshore and seabed and also permission to do so.  The application for the lease and the approval of any plans to do either of these things must be submitted to the Ministry of Natural Resources and Labour in conjunction with the Conservation and Fisheries Department.  The following documents should be submitted with each application:

It is therefore essential in these circumstances for the purchaser to ensure that she has local representation to see the purchase of the property through to completion and beyond.
Sally Cox is Local Practice Group Head of Property and has been practicing in the field for more than 10 years with experience in advising clients on a wide range of property matters including commercial property development and the purchase, sale and leasing of residential and investment properties.

Appleby employs over 600 people, including approximately 150 lawyers and is the only offshore provider of legal, fiduciary and administration services with a major foothold in the five key offshore business centres of Bermuda, the British Virgin Islands, the Cayman Islands, Jersey and Mauritius – as well as the financial centres of London and Hong Kong.