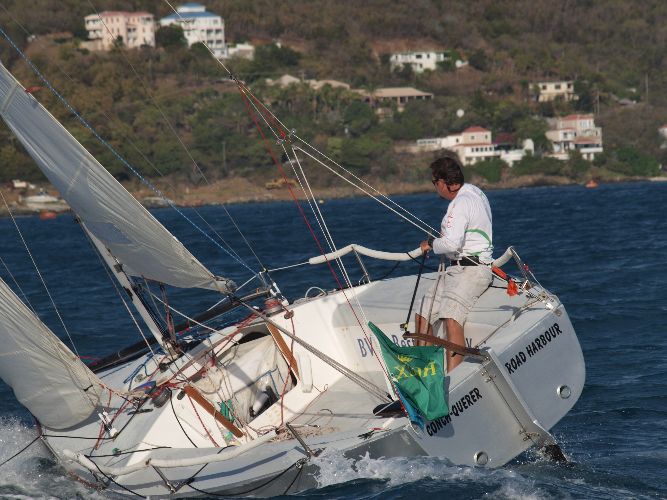 The charity was decided and the mission set: Sail an IC24 boat single-handed around the entire British Virgin Islands.

It would be the first recorded sail, should he accept his mission.

Conch Charters General Manager Andrew Waters told me about his plans when I spoke with him in mid-May, a few days shy of our deadline. Overall, he hoped to promote awareness and raise funds for a charity seeking a cure for Vitiligo, a skin pigmentation disorder.

The funds would reach non-profit organization Vitiligo Support International, who endeavour to provide treatments for patients of Vitiligo.

Waters, who anticipated a completion of the course in 36 hours, said that he immediately wanted to take action after his 11-year-old daughter, Chaya, was diagnosed with the sporadic, unpredictable and incurable condition eight months ago. 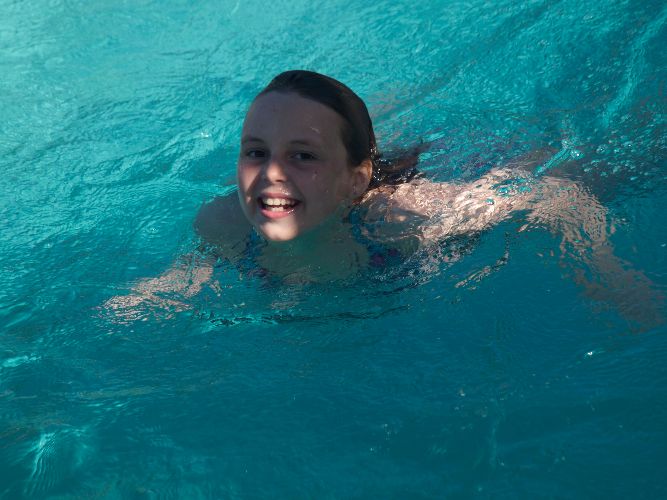 Due to the random nature of the affliction as well as its rarity, many people are oblivious of the disease and the distress it causes. Although there are treatments available, the condition is still under thorough examination by scientists. This compelled Waters to make his contribution to the charity with the skill he is most adept with—namely, sailing boats.

Waters plans to circumnavigate the BVI in an IC24, a 24-foot-vessel designed to hold a 4-5-person crew. “I will have literally a cooler on board for drinks, mainly water, but also energy type drinks,” said the enthusiastic sailor in discussing the conditions of the excursion. “In terms of food, pasta type food for the carbs and thermos flasks with hot soup will be with me too. Jaeda, my girlfriend is in charge of the provisions; maybe there will be a surprise or two in the box too!”

Sailing on Conch-Querer, and similar in fashion to all IC24s, it holds no cabin, sleeping or bathroom amenities.

“Sleep, or lack of it and the sun I expected to be the enemy really, but in terms of rest I will get short little 10-20 minute cat naps when I can. I can’t really say when they will be, but they won’t be scheduled. It will be as and when I can give my location and the weather at the time,” the bold voyager admitted. “Given the total lack of comforts, it will be wherever I am sitting at the time! Most likely though in the cockpit of the boat so that I can be up and see what’s happening quickly. There really isn’t any room below to get comfortable.”

Below: Photo album before the charitable mission began

The avid sailor will be outside for the duration of the course which he estimated at 200 nautical miles, starting and commencing at Nanny Cay. Of the unconventional route, he said, “It seems silly, perhaps even more so, as I will ‘go to come back’ by leaving all of the Islands of the British Virgin Islands on my port side.”

Relaying further details about the circumnavigation, the experienced seafarer who has sailed since he was 7 said, “I will exit into the Caribbean Sea and sail in an anti-clockwise direction leaving Virgin Gorda to port being the furthest east point, Anegada being the furthest North and then the Tobago cays furthest east.”

Discussing the milestones of the course, Waters informed me that there are milestones that will instil optimism. “There are areas that I would say are highlights that I look forward to getting past, but the toughest part will be the fatigue and the weather. I like my sleep!” He continued explaining that clearance of Virgin Gorda and successful navigation around the Northern side of Anegada will be momentous on the journey. 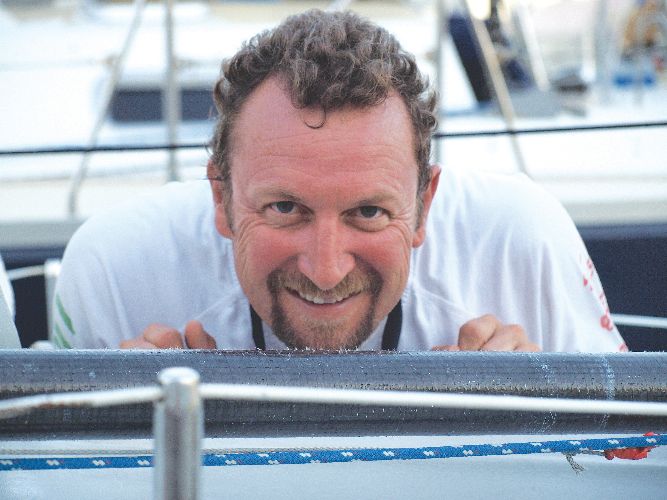 Response at his grand challenge varies, but “Some people would answer that I have to be a bit mental to do this in the first place, so perhaps I am already prepared in that regard!” Waters said. “Most of the prep has gone into making sure the boat is well prepared and safe, which has come largely down to three guys that I would like to mention, Gerard “Big G” Kraakman, Huw “Taff” Pritchard-Jones, and Dave “Scooby” Allen, they have all been great support.”

Concluding, Andrew expressed that he keeps himself in reasonable bodily fitness, mainly from being on the water, but confessed that: “From a physical aspect, I actually promised myself to do more, but I think I should be just fine! It’s only a little boat after all!”

Andrew made certain to stock up on all emergency gear for what should materialise as a great voyage and a huge accomplishment.

If you wish to make a donation, please visit: www.sailingforcure.com/donation/sailing-for-the-cure

“Hi all………what a ride! Wet, bumpy and bruising, but i am so happy to have got it done safely. I want to thank everyone for the support, which has come in many many different ways. Specifically i would like the thank the overnight “shore support” of Gerard, Jaeda, Kirst, Mands and Els….great company and kept me going through the night, thank you guys! Also to thank my Mum and Dad for the similar support during the trip….its was needed. There will be a full report to follow, once i have got myself sorted out, rested and put together the footage i took during the trip….sadly however i didnt get a picture of the flying fish! But brought back one or two in the boat!….Thank you again one and all for your support and pledges, its been worthwhile for Chaya and everyone that has Vitiligo!

Photography of the ultimate mission – start to finish