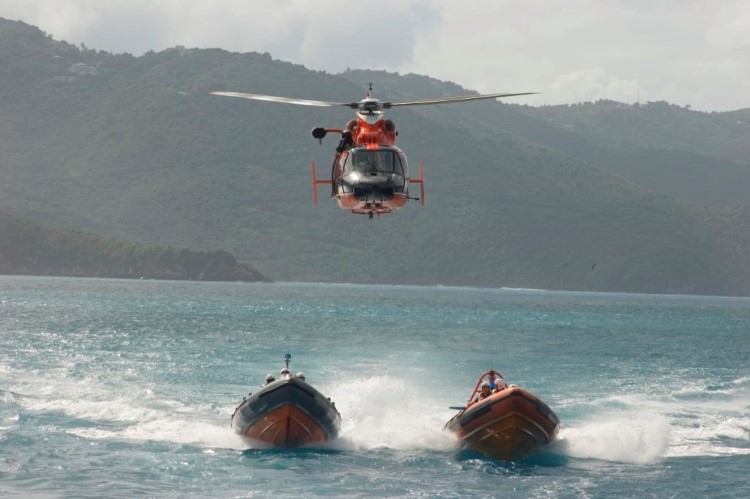 Since it was established in 1988 by Barney and Lin Crook of TMM Yacht Charters, Virgin Islands Search and Rescue (VISAR) has implemented the ‘$1 per person program’, in partnership with bareboat charter companies, who donate a minimum of $1 to VISAR for every guest who signs up to participate on one of their charter holidays.

This system is what the current president of VISAR, Gerard Kraakman calls “the heart and soul of VISAR”.

Gerard says, “This is our engine. This is how we run our whole program,” as the funds raised from these efforts contribute to a considerable portion of their $200,000 annual budget. The money collected from donations to VISAR goes towards the development, maintenance, and improvement of their current search and rescue capabilities by funding everything from rescue boat and engine repairs, to extensive training sessions, to educational school programs on safety at sea.

In addition to the $1 program, VISAR welcomes donations from businesses, individuals, and private sponsors. The program also relies heavily on direct resources donated by larger companies including fuel from SOL gas, insurance by Caribbean Insurers, and the Virgin Gorda Yacht Harbour, who rents their boathouse to them for the generous cost of only $1 per year. “It is important that local marine businesses and charter companies support VISAR. We supply the customers who purchase their vacations with the medical aid they need,” said Gerard.

VISAR is a voluntary search and rescue organisation, recognised by the British Virgin Islands, dedicated to saving lives at sea. The institution works closely with the Royal British Virgin Islands police, fire, and ambulance services, to provide necessary emergency and medical attention to those in distress out on the waters, 24 hours and day, 365 days a year. It is funded almost entirely on charitable donations, relying heavily on the support of the community in order to provide residents and the thousands of visitors who come to the British Virgin Islands each year with the crucial search and rescue services they need.

The organisation operates primarily as call centre for distress calls placed by people seeking assistance at sea. When coordinators receive a call, the volunteers will redirect it to the appropriate medical and emergency care. Approximately 10% of the calls received by VISAR become “SHOUT” calls, where trained members of the organisation are sent out on one of their two boats, stationed in Road Harbour, Tortola and Virgin Gorda Yacht Harbour, to give assistance to those in the emergency situation. Members are entirely volunteer based, and therefore do not receive any monetary compensation for their time, training, and emergency response calls.

[Pullout box] In 2014, VISAR received 850 calls. 81 of  these became “SHOUT” calls, where volunteers were sent out on the water to search and rescue those in distress at sea. [Pullout box]

VISAR continues to welcome the support of the charter boat industry, as well as skippers, brokers, and marine businesses to be involved in the $1 program, as well as the generous contributions of private sponsors.

VISAR would like to thank the current participants of the $1 per person program: