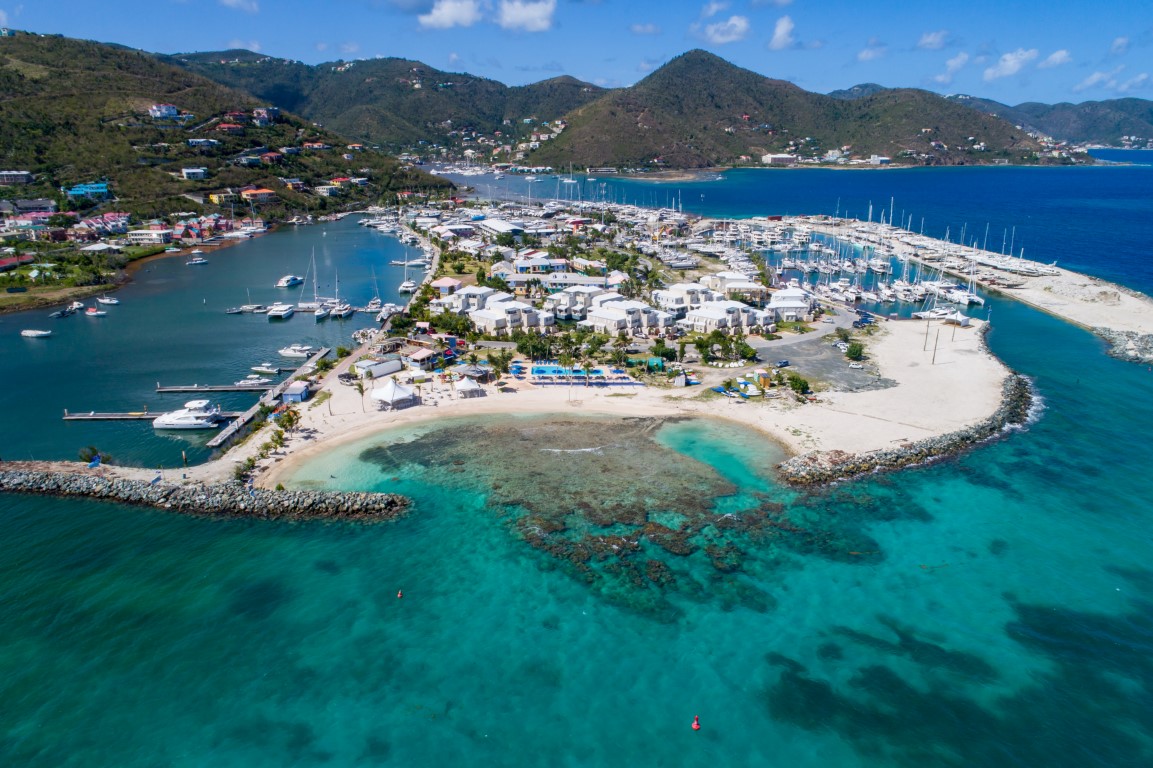 Hurricanes Irma and Maria devastated the Virgin Islands in September 2017, leaving islanders reeling from the catastrophically powerful storms. Happily, the islands are well on their way to recovery, but the destruction caused by the historic storms left many yacht owners wondering what they could have done differently.

The boating industry experienced a shift in perspective on hurricane storage following the storms. Those boats suffering the most damage during the storms had tall masts that got caught in the fierce winds, causing vessels to violently pitch. Monohull powerboats and catamarans with regular masts fared much better due to their windage, which helped them to ride-out the storm with less stress.

The usual storm preparedness protocol involves reducing wind shear as much as possible. Any part of the vessel that could catch the wind, including sails, dodgers, biminis, and dinghies should be stored below deck or on land. Usually, taking these steps is enough to prevent major storm damage. But Irma’s immense power—with 220 miles per hour wind gusts—overwhelmed even some of the most well-readied vessels. 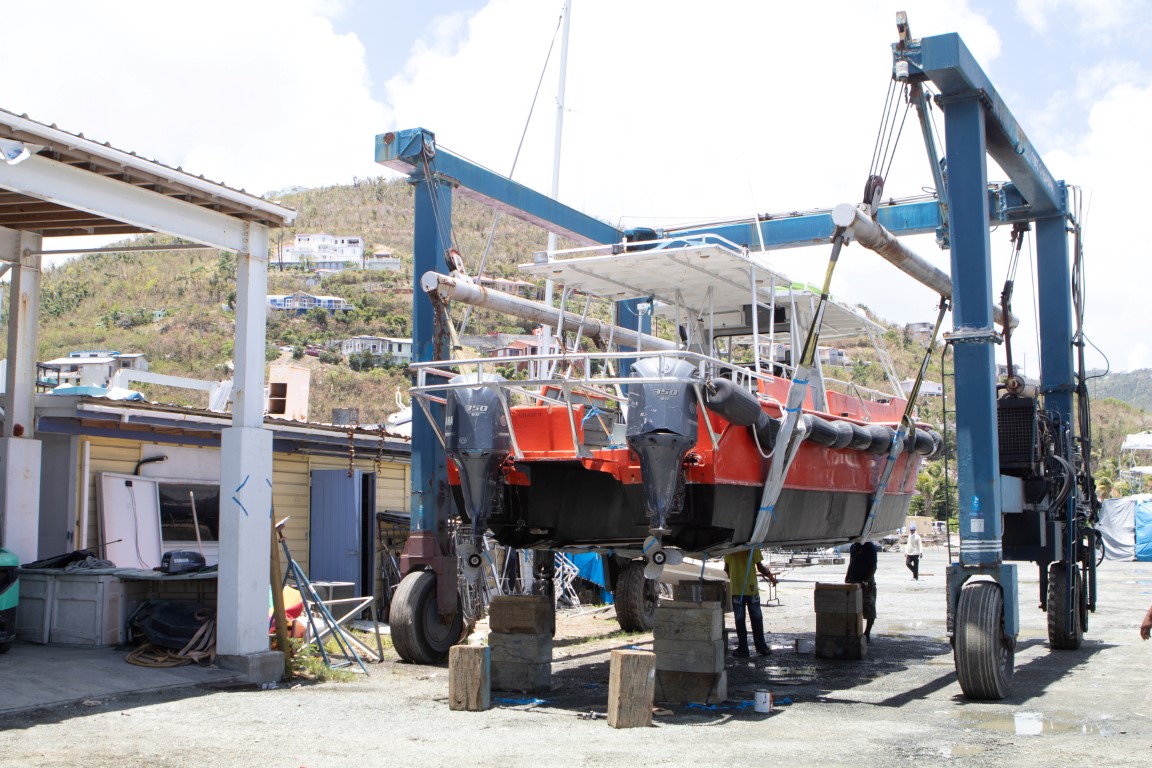 To minimise the chances of such devastation reoccurring in the future, local resort and marina Nanny Cay has introduced new initiatives to protect and care for boats, including more strapping, cradles, and a highly anticipated 50 tonne travel lift.

For future storms, the marina plans to secure each catamaran with six-foot sand screws and 12 straps. With 6,000 sand screws on order, the marina is building resources to assure readiness in the event of another destructive storm. Nanny Cay will also encourage monohull owners to take down their masts and store them for better security of their vessel during a storm. These changes reflect the new precedent set by the terrible, unforeseen aftermath of the 2017 storm season.

For now, Nanny Cay continues to be committed to improving its status as a premier marina and boatyard in the Caribbean. The marina has also embraced this period of transition to promote green initiatives, including an increased water production and storage capacity, new environment-conscious boatyard guidelines, and by building a community recycling centre near the entrance to the resort.

Like Nanny Cay, Virgin Gorda Yacht Harbour—another premier marina in the BVI—implemented new policies following the 2017 hurricane season. The marina will no longer allow vessels to remain in the water during a named storm and is working to improve strap-down protocol to make room for more boats, along with offering keel pits for monohulls. 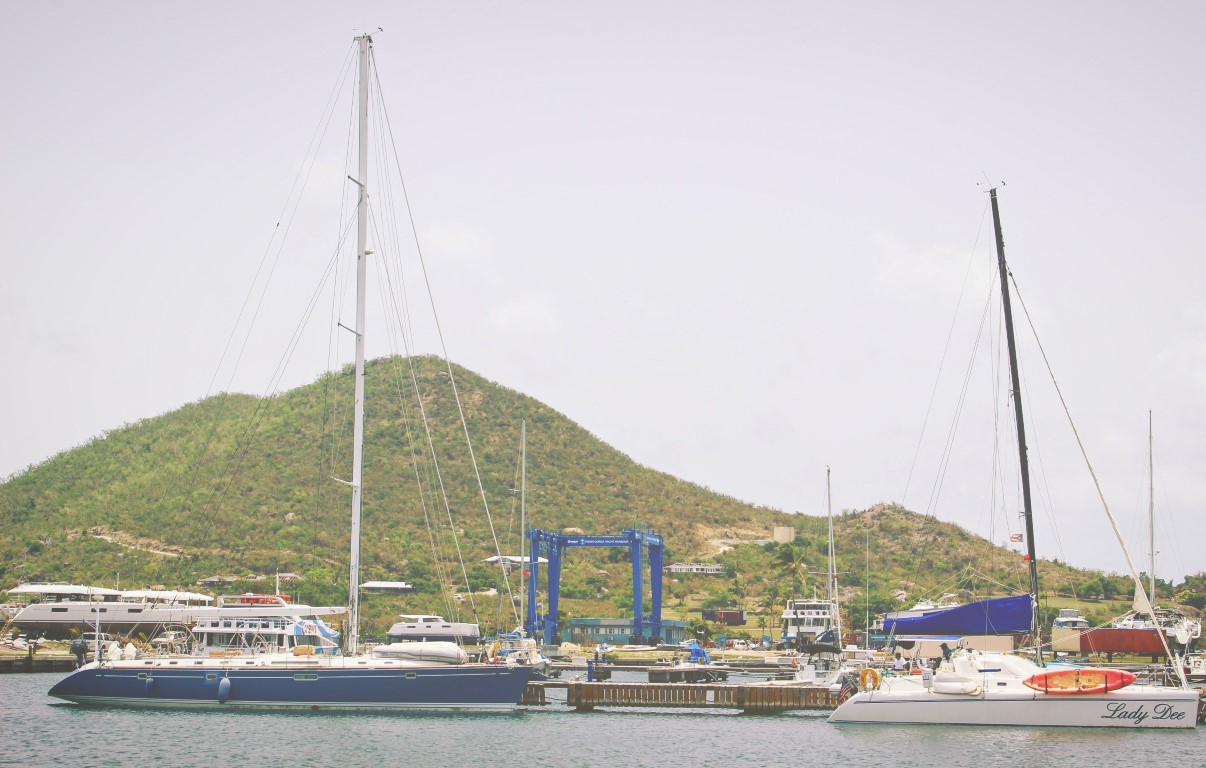 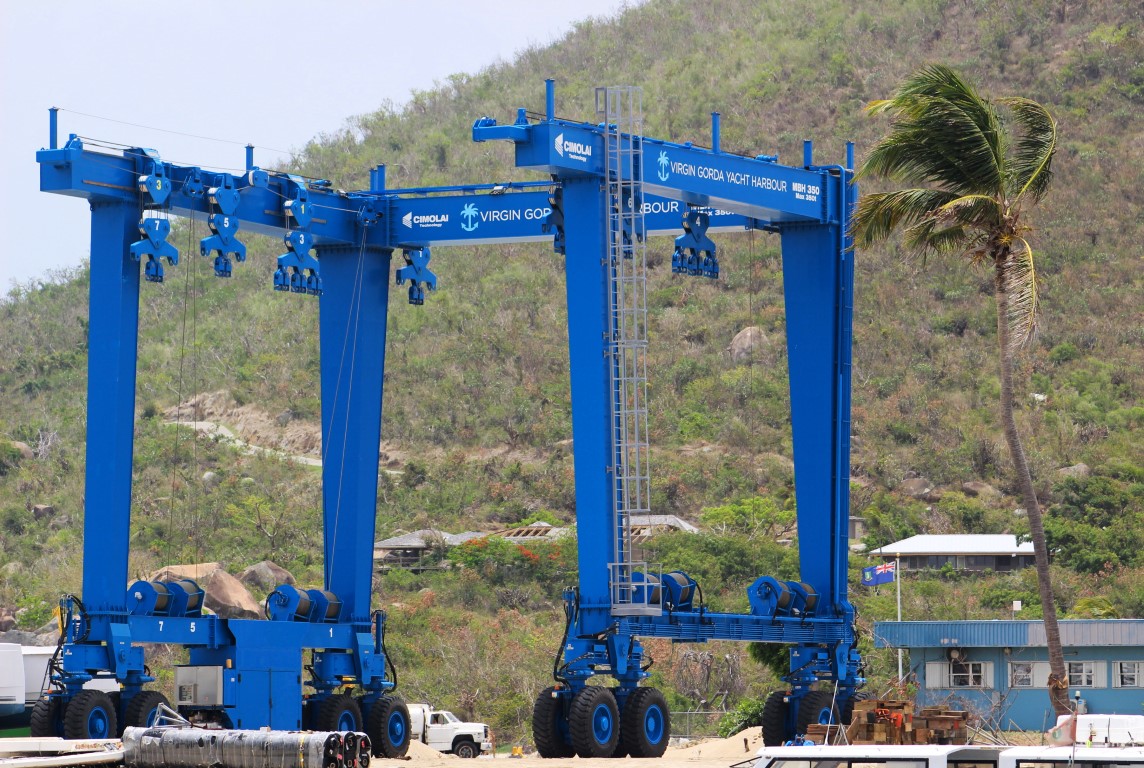 Virgin Gorda Yacht Harbour also has a 70-tonne Marine travel lift as well as a 350-tonne Cimolai Hoist, both of which are of significant value to the marina’s customers.

The marina also has a new in-house service department ready to provide all levels of customer-care while boats are in the yard. 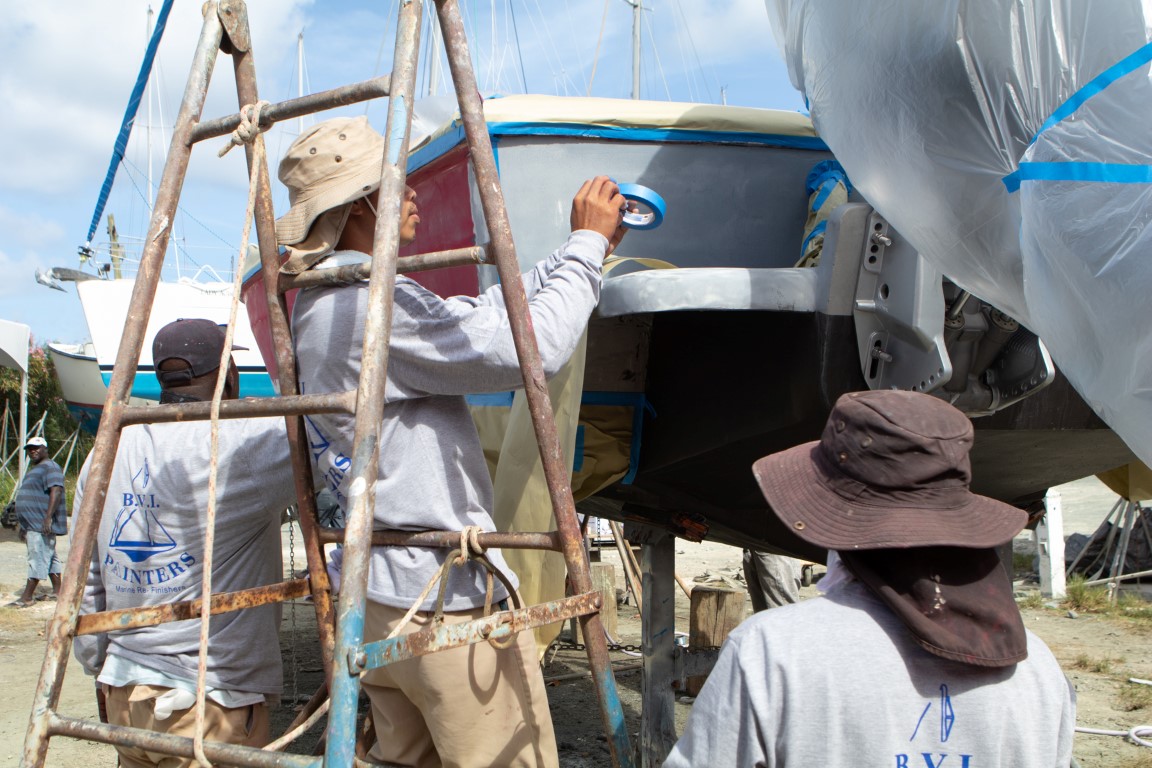 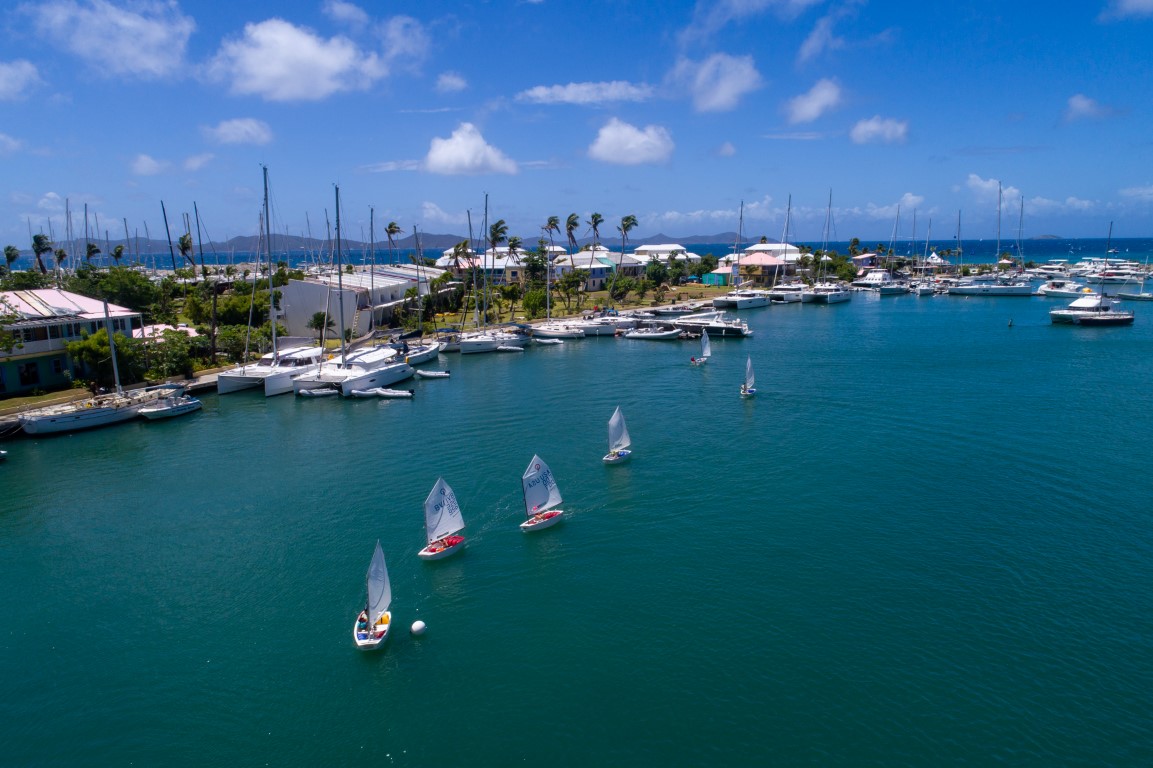 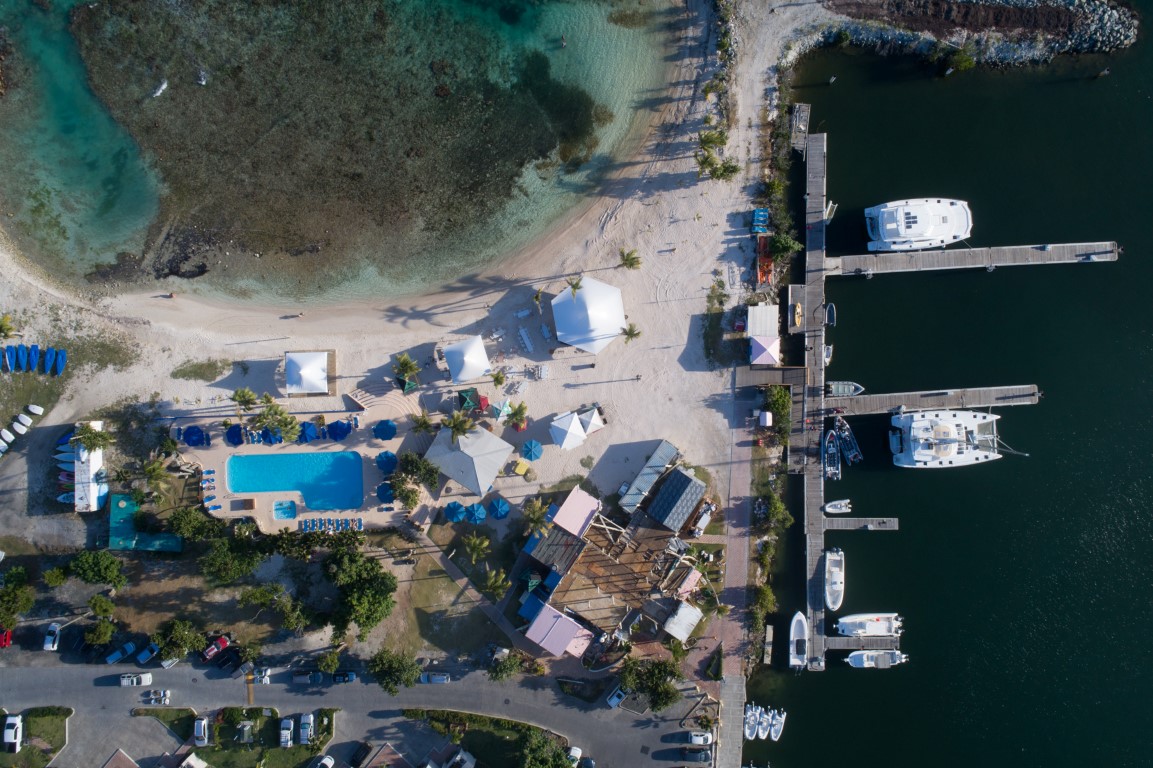 Changes afoot in the islands haven’t been limited to marinas. Insurance companies have also embraced this period of adjustment to raise rates for their loyal customers, sometimes by as much as 200%. Now would be an opportune time for boat owners to explore their options. 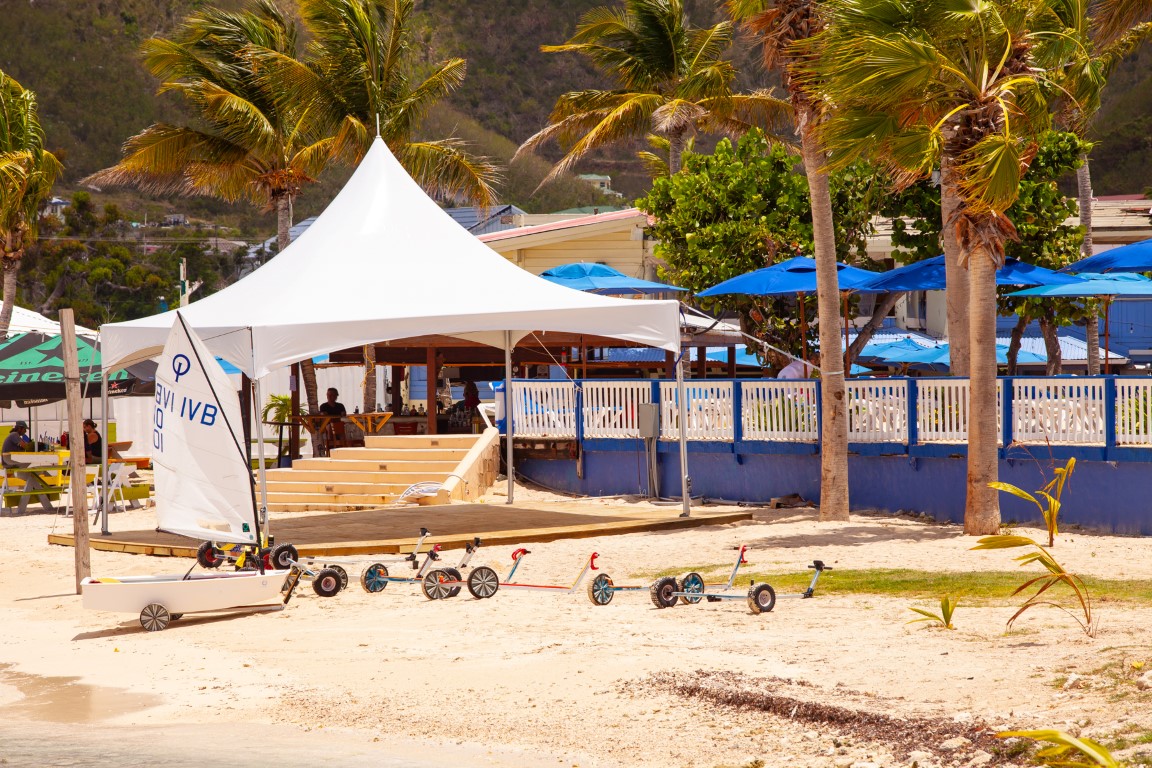 2017’s hurricane season pushed the Caribbean to her limits. Property was lost or damaged, insurance rates skyrocketed, and beloved boats succumbed to the indiscriminate forces of Mother Nature. Despite these challenges, the people of the Caribbean have shown resilience in the face of adversity. Like the leaves stripped from the trees during the storm, only to bud and flourish again in the warm Caribbean sun, locals look to their own robust spirit for strength as life in the islands flourishes again.

Lauren is a crewed yacht charter broker based on St. Thomas, USVI. Working in the industry since 2004 and sailing over 8,000 nautical miles to date, Lauren now heads Caribbean Yachts International. www.CYIcharters.com