Print and broadcast media are currently bubbling with news regarding the economic growth of China and the Far East.  Will this growth continue?  Are policy makers in the East sophisticated enough to sustain growth, yet keep inflation and asset prices at reasonable levels?  How will a recession or slowdown in growth in the US affect the East and Emerging Markets?  All these are important questions in exciting times.  Our thesis is that the US economy and equity markets are vulnerable and may experience a pull back sometime over the next twelve months.  This pull back may have a negative effect on both global equity markets and the high-flying Emerging Markets.  Due to this weakness, the Federal Reserve in the US is likely to lower interest rates anywhere from 2% to 3% over the next twelve months.  Will this round of re-inflation be enough to beat back recession and sustain the global economy?  Or, is the party over? 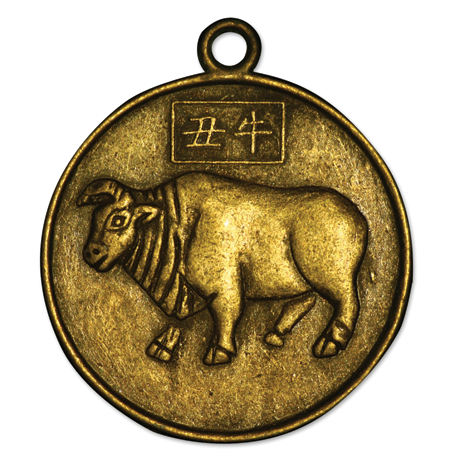 While it is true that we have lightened our exposure to Emerging Markets over the last four years, we can clearly see that growth rates in the East are more promising than the West.  But, we haven’t taken all of our chips off of the table.  A prudent, balanced investment strategy involves some level of exposure to Emerging Markets.  Our lead Portfolio Manager, James Mark Plaxton, spends the majority of his efforts researching macroeconomic trends to determine what the optimal weightings in each of the major asset classes (and thus our Portfolios) should be.  However, we rely greatly on the expertise of the underlying fund managers that we employ in our Portfolios to make the direct country, sector, and industry allocations through their stock selection.

In the INTAC Global Developing Markets Equity Portfolio, Marko Dimitrijevic and his team at Everest Capital play a key role in determining a portion of the Asian equity exposure.  They do this through funds such as the Everest Capital Asia Fund, which has an excellent long-term track record and has earned an eye-opening 10% over the last month, 37.4% year-to-date, and 54.5% over the previous 12 months (returns are as of September 30, 2007).  The Everest Capital Asia Fund’s Report to Investors Third Quarter 2007 stated,

Everest Capital (Asia) continued to rise in the 3rd quarter, gaining 14.4%, making it the largest quarterly gain for the strategy since the 1st quarter of 2006.  Led by investments in the energy, basic materials and financial sectors, the strategy’s strongest markets were unfazed by US economic weakness, and were driven by holdings from China, Hong Kong, Indonesia and Singapore on the long side, and Japan on the short side.

Our bullish view of the Asian energy sector was reaffirmed as the market gave credit to its growth and exploration prospects.  China’s domestic consumption growth continued to be a positive and investors sought exposure to names that benefited from that theme. Everest maintained its positive view towards several key areas in the basic resources and industrials sectors, in particular Asian companies that took advantage of not only China’s growth, but also of strong construction-related demand out of emerging markets such as Russia and the Middle East.  The strong resource up-cycle and a much more stable political environment has laid the groundwork for the recovery of the Indonesian economy. Everest Capital Asia made investments in several key companies which we expect to benefit from the normalization of the country’s credit system, increased consumer spending and demand for natural resources.  We believe the growing affluence in India, backed by the strong wealth creation amongst the middle-class and solid wage growth, will fuel future demand akin to what we have experienced in China thus far.  Our holdings in several key engineering and construction companies profited, as the necessary infrastructure build-out across India continued.  The strategy also took a bullish view on the Indian property sector and participated in the listing of country’s largest developer.  Everest Capital’s discovery of an undervalued conglomerate listed in Malaysia was one of the strategy’s top performers.  In order to crystallize value for its shareholders, and frustrated at the discount the market applied to its businesses, Lion Diversified announced a spin-off of its retail arm.  Not only present in Malaysia, it is also the largest department store operator in China and has a foothold in fast-growing Vietnam.

Navigating in the investment markets is a tricky business and it can be difficult to know when to keep your foot on the gas or hit the brakes – even when you are in your own neighbourhood.  It is even more challenging when it is someone else’s neighborhood that is 8,000 miles away, and the street signs are in Chinese.  The keystone to INTAC’s investment methodology is to invest with the most experienced, credible, and top performing asset managers from around the globe.  Instead of competing with the Marko Dimitrijevic’s of the world and their proven success, we invest in their funds and essentially make them our strategic partners.

Emerging Markets, particularly in China at current levels, is the Kung Pao chicken of investments – very spicy!  Your palate and your portfolio may not be ready.  We recommend the inclusion of the Everest Capital Funds in a robust, well-balanced portfolio such as the INTAC Global Developing Markets Equity Portfolio.  Your exposure to the Emerging Markets asset class should be determined by your individual risk/reward profile, time horizon, income and liquidity needs (among other factors), and managed within an overall investment strategy, as is done in the 7 INTAC Investment Philosophies.