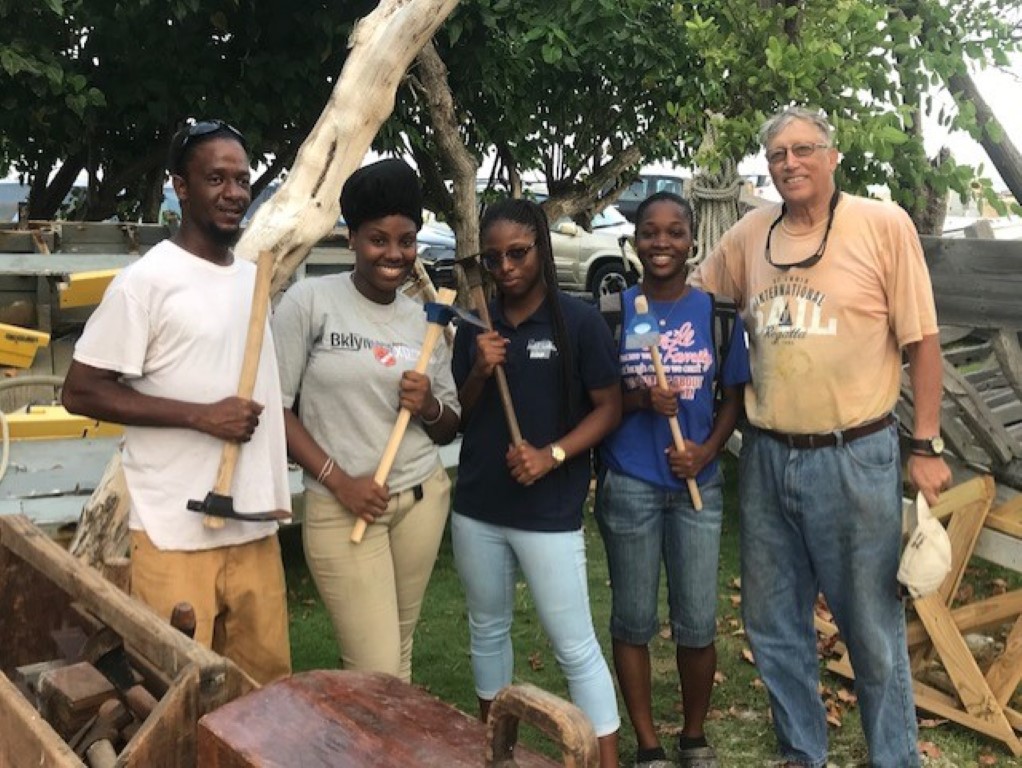 I have worked in and around the Virgin Islands marine industry for the past 17 years. As a member of the Marine Studies Department at the H. Lavity Stoutt Community College, I’ve assisted in the training of students who went on to follow careers in the marine industry.

Many of these students were women who became yacht captains or filled jobs in managerial positions especially with the larger firms such as Moorings and Sunsail. The other jobs available to women in the yachting field were as boat cleaners and yacht provisioners.

For years—with a few exceptions—these were the only places you would find women employed in the industry. The area of yacht maintenance and repair remained the domain of men only; these were the painters, fiberglass workers, engine repair, riggers, and electrical technicians among others. This is now changing and women are filling these positions in the boatyard. Although it began before the great storms of September 2017, it has accelerated since then.

Hurricanes Irma and Maria devastated our islands and the yachting industry was dealt mighty blows along with the rest of the community. The number of destroyed boats was mindboggling and the docks they were attached to were also wrecked. The clean-up and restoration presented a daunting task and new positions were made available to meet this challenge with women showing up to apply. 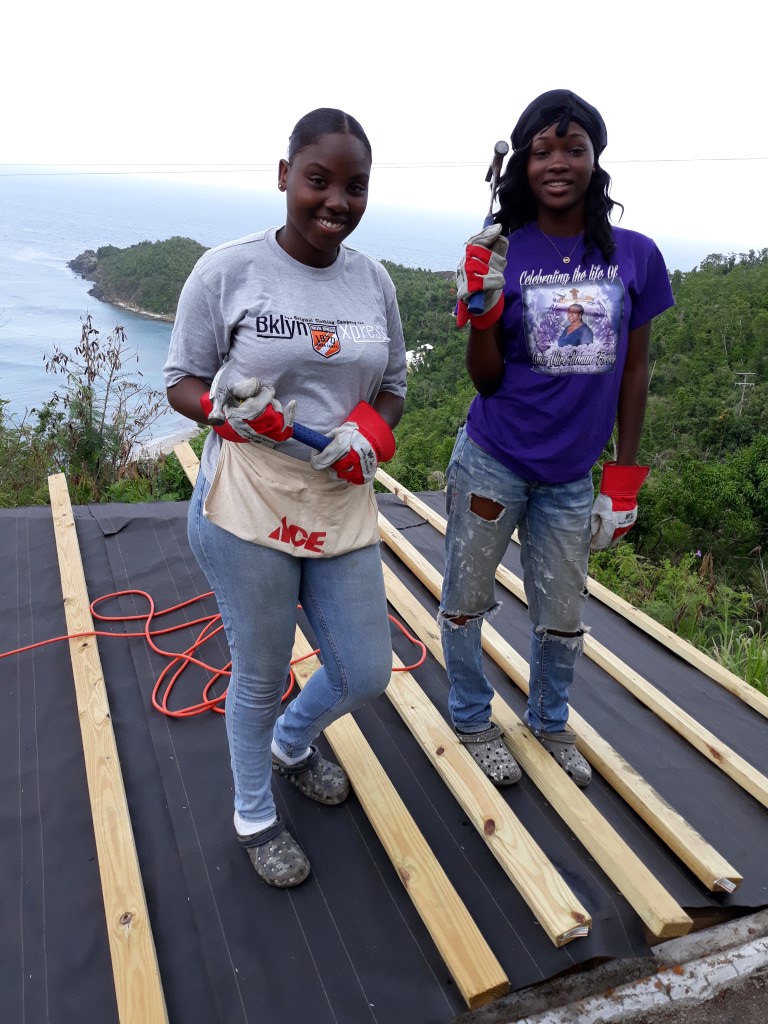 In my situation, I was fortunate to cross paths with two of these ground-breakers. After Irma and Maria, the traditional wooden sloops that I’ve been taking care of for the past 16 years were also damaged or destroyed. Three were sunk, two severely damaged on land, one a total loss, and the damaged sloop Vigilant built in 1880 by Willie Penn in East End was taken to the landfill by the College with no explanation.

To make matters worse, my employment at the H. Lavity Stoutt Community College was terminated as of July 31 2018. The future looked bleak for both the sloops and myself and then something extraordinary happened. In June, I was asked to teach a short vocational class for the Marine Centre called introduction to woodworking. It was to be taught at Nanny Cay and designed to give entry level skills to anyone who was interested in working in the marine industry.

I acquired permission to teach the woodworking skills as part of restoring our damaged sloops. The three sunken boats were raised with lift bags, hauled out, and placed under some trees not far from the beach at Nanny Cay. We now had five sloops awaiting repair and restoration.

When registration for the course began, there were only two students who signed up and they were two young local BVIslanders—both women. One was 19-year-old Ms. Norissa De-Leon and the other was 21-year-old Ms. Chemoia Hodge; neither had any experience in woodworking or construction. Chemoia was taking a short course in fiberglass repair.

What these two young women lacked in experience was soon made up for by their desire to learn and ability to do the work. I taught them the basics. They learned how to use a skilsaw, to drive nails, and to assemble saw bucks and other wooden fastenings.

Along with woodworking skills, I also taught them the basics of wooden sloop construction and some of the history behind the maritime heritage of the Virgin Islands. We were joined later by two other students—one male and another female—and we ended up doing two sections of the course. 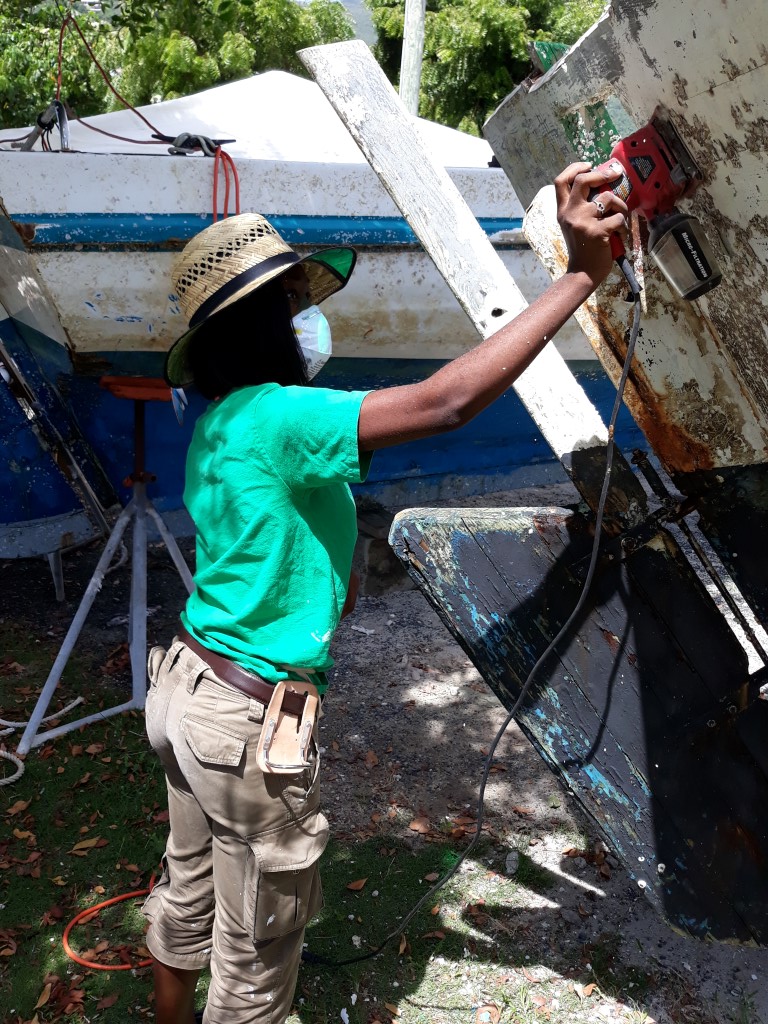 By the time of completion, it was the end of July and my job had been terminated at the College.  Norissa and Chemoia had been asking me to find them work. They were both anxious to earn money, so I offered to pay them to help me get the roof back on my house, which they readily accepted.

We spent the whole month of August repairing my roof and putting my home and yard back in order. I was the cut man on the ground and they worked on top. Although having never done anything like this before, they were quick learners.

After the house was secure, they built a new roof over my wood-shop and I was back in action. They were truly a Godsend for me. As August closed, I wasn’t sure what we could do to continue working together.

Along with a group of people from the private sector who had been helping me maintain the sloops for years, we created an NPO called the Virgin Islands’ Sloop Foundation and it is our purpose to raise funds to repair, restore, and maintain the traditional wooden sloops that are left. 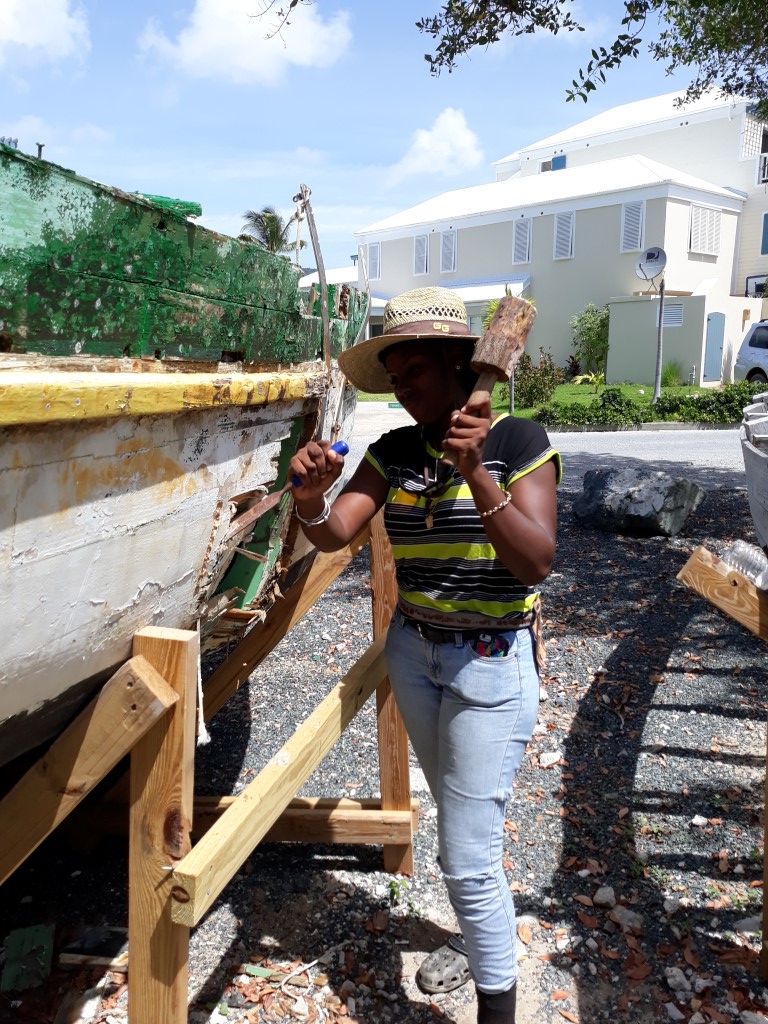 After consulting with them, we decided that we had already gathered enough funds to hire both Norissa and Chemoia at an hourly rate and that I would work along with them as a volunteer until January when we would rethink the project and decide whether to move forward or not.

With the help of our Foundation Chairman Jamel Davies—who is a shipwright—and with the support of Nanny Cay Marina and VP Bank, who are also members of the Foundation, we have begun what we call the Virgin Islands Sloop Restoration Project.

Norissa and Chemoia are now learning the skills of traditional wooden boat-building as practiced by their forebears hundreds of years ago. They are two young, strong, tough women and the future belongs to them.