Home >> The Loss of Fancy Me

The Loss of Fancy Me 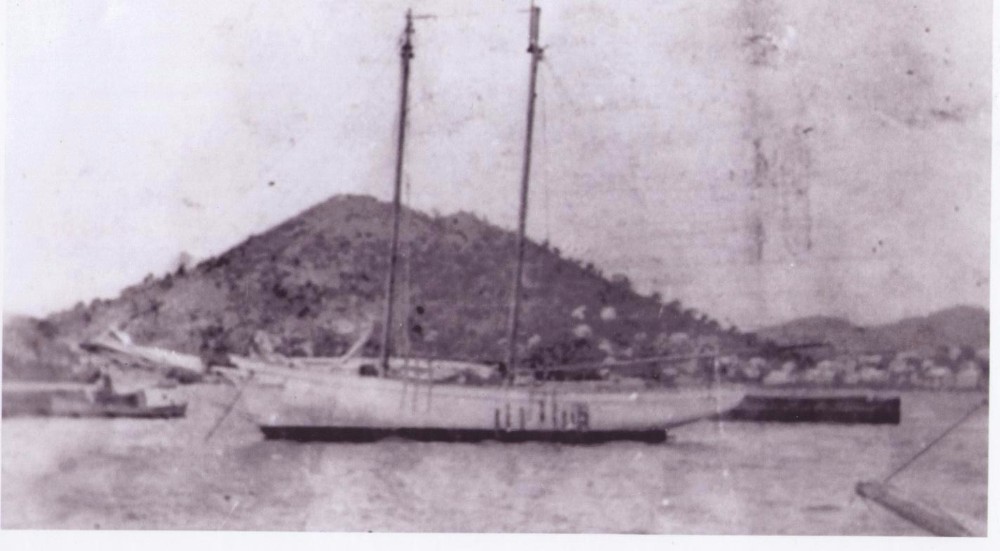 July 26 will mark 89 years since the tragic loss of the schooner Fancy Me in a hurricane off La Romano in the Dominican Republic. Her sinking and resulting loss of life was the worst disaster to ever befall our local population.

The mention of her name today can still bring impassioned reactions from those who lost relatives on that faithful night so long ago. There were 80 passengers and crew on board and over 59 of them were lost in the sinking, almost all of them local BVIslanders.

There is an excellent book that was written about this event called Such are the Hours to Find Peace by Dr. Janet Smith a relative of the Fancy Me’s Captain and a colleague of mine at the H. Lavity Stoutt Community College.

I have read her book several times and also other accounts and articles on the tragedy and have come to form some of my own thoughts on what happened that night – I would like to share them with you in this article.

I grew up on the New Jersey coast and lived many years in North Carolina before moving to the Virgin Islands; I am no stranger to Hurricanes. My first was ‘Donna’ in 1960 and my last big one was ‘Tomas’ in 2010. As I sat in a hotel room in St. Lucia riding out ‘Tomas,’ I began to make a list of all the Hurricanes I had been through in my life and I quit at 14. Most storms occur right around September 3, but it is the early and late ones that can cause the most damage. ‘Thomas’ was at the end of October and so was the storm that wrecked the British Mail Steamer Rhone in 1867 off Peter Island.

I was once in a terrific hurricane in North Carolina named ‘Bertha’ which occurred in July and it was an early unexpected storm in July which wrecked the Fancy Me.

The Fancy Me was a beautiful schooner built in St. Thomas by master shipwright Daniel Smith and owned by brothers James and Alexander Smith of Carrot Bay. She carried cargo and passengers back and forth between the Dominican Republic and Tortola and the islands in-between.

During the 1920’s, many local BVIslanders along with other down islanders found work in the Dominican Republic, helping to harvest sugarcane; they usually worked abroad for six months at a time before returning home.

In this case it was late July and the Fancy Me was full of sugarcane and passengers anxious to return home for August Festival celebrations. The hold was full to over capacity with cargo as she left the port of Macoris on July 25, 1926.

The Harbour Master had warned that the glass was dropping, referring to the barometer, and recommended postponing the voyage. Many other vessels decided to wait it out. but Captain Smith opted to leave little knowing what lay ahead. And why not – it was July, too early for a big gale as they were then called; the term hurricane wasn’t used until much later.

There was no weather service or radar images to warn mariners of an oncoming storm – one had to rely on local knowledge and years of experience and Captain Smith had plenty of both. As they left the Dominican Republic and headed towards Puerto Rican waters, the wind began to rise. By early afternoon it was blowing hard and they decided to turn back.

Around 3pm, they anchored in a shallow but sheltered bay in the island of La Soana just off the West coast of La Romana. There were two vessels already anchored there and Captain Smith secured his sails and settled in. When the Fancy Me’s anchor was set, they had to use their second anchor as the primary, or heaviest anchor was not available being buried in the hold beneath bags of sugarcane. The wind continued to rise until a full gale was blowing and at about 8 o’clock in the evening the anchor chain parted (broke) and the Fancy Me was sent adrift away from La Soana, blown towards the East and out to sea away from land.

Captain Smith and his crew did not panic, knowing just what to do. They took empty barrels tied to lines and tossed them off the stern of the boat. They then filled with water and created what is called a ‘Sea Anchor,’ the weight of which forces the bow into the wind – as long as they are clear of land they are relatively safe.

Although a terrifying experience for everyone, the situation was under control and it was just a matter of keeping her head to wind till the storm passed. It was around 2am in the morning of July 26 when things began to fall apart.

First, the wind died down to an eerie calm and many thought the storm was over. Captain Smith and the experienced sailors knew better and prepared for the worst. They were in the ‘Eye’ of the storm and around 3am the wind began to blow from the opposite direction and harder than before. One can only guess the category this hurricane would have been labelled today, but suffice to say it was a bad one.

The Fancy Me’s bow was turned around and she was sent West with the gale heading back exactly where she had come from towards land. Just before first light, she struck ‘White Horse Rock’ on La Soana and began to break up on the reef.

Being overloaded with cargo and passengers, this did not take long. People were forced into the raging sea grasping for anything that would float in a desperate attempt to save themselves. Captain Smith stayed on board and went down with his ship following one of the oldest traditions of the sea.  Sadly, daybreak revealed that 59 out of the 80 souls on board had perished.

Word reached Tortola the next day and spread like wild fire. Worry over who had survived gave over to catastrophic grief over the next weeks as the severity of the tragedy unfolded. It is said that there wasn’t a dry eye anywhere in our Virgin Islands as everyone had lost one or more relatives. Families were shattered and the effects were felt over generations.

Over the years, much blame has been placed on the Captain and there were stories of the crew abandoning their posts and so on, but I believe they did all that they could. Captain Smith displayed cool confidence and handled his vessel as you would expect an expert mariner to do. Perhaps if the larger anchor had been available, the boat would have held her ground. Still, the anchor held – it was the chain that parted. Of course if they stayed in port to begin with it would have never happened.

In the end, I believe it was the ill fate of being in the exact centre of the hurricane. A hurricane rotates like a wagon wheel with the winds at the top moving counter clockwise and those at the bottom in the opposite direction.  If only that storm had passed a little North of the Fancy Me, perhaps she would have survived. She could have held her position being blown away from land until it passed.

There has been talk over the years of creating a memorial to this greatest of all tragedies and of celebrating July 26 as an annual day of remembrance for all those who have been lost at sea.  I would fully support this effort and feel it is long over do.