Home >> A Crazy/Funny/Scary Story from the BVI’s maritime past!

A Crazy/Funny/Scary Story from the BVI’s maritime past! 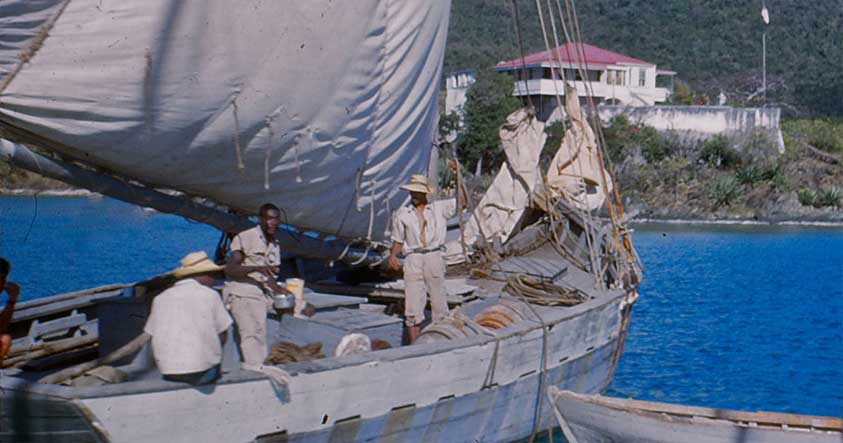 A Sea Story out of the Past

I have known Watson White for over 10 years now. He is both a friend and a teacher for me.

Watson is a traditional wooden shipwright who grew up in Anegada and has spent most of his adult life in St Thomas. Over the years, he has told me many stories of the old days and the maritime history wrapped in the BVI’s rich culture. I would like to share this interesting one of both shock and good fortune:

This fable took place in the early 1920’s before Watson was born and was handed down through his family. His grandfather James Smith along with his uncle Ira and some others had sailed their sloop Carmen from Anegada to St Croix to sell fish. They were preparing to sail back to the BVI with cargo and some passengers.

It was in the evening and the plan was to sail at night and clear BVI customs in the morning. The Carmen was a fairly large sloop – close to 40ft over-all with a cabin.

As the passengers and crew were settling down to sleep, Captain James Smith was at the helm.  Among the passengers was a Caucasian man who had booked passage to Tortola. He was a stranger and no one gave him much thought – that is, until night set in… 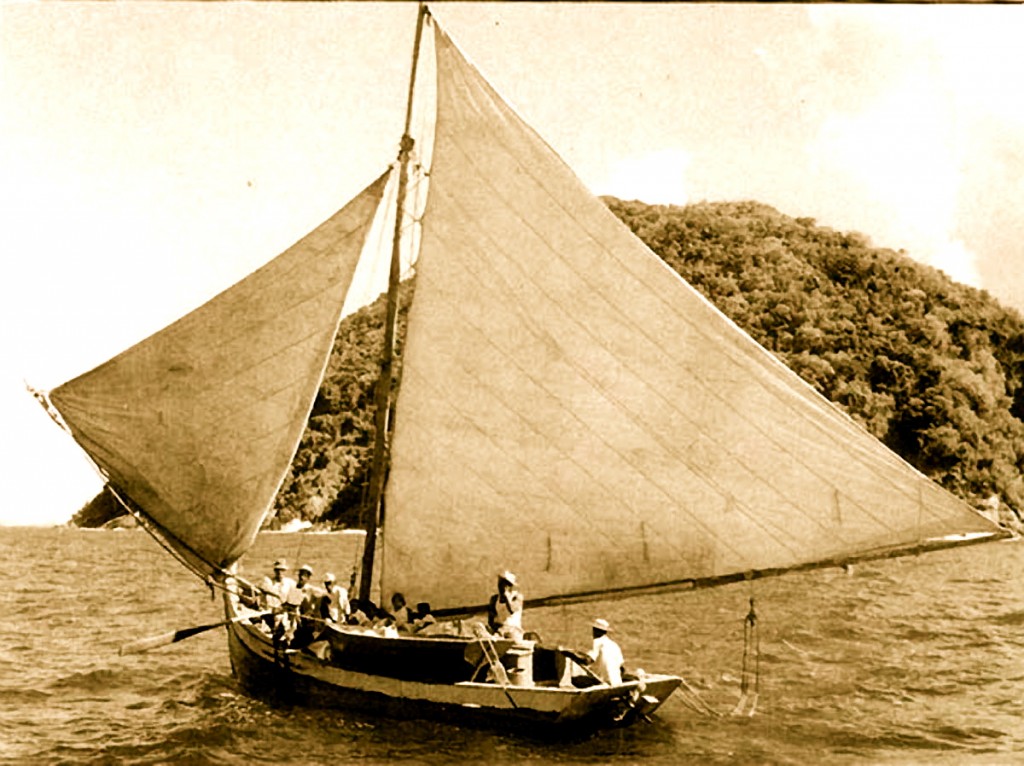 Captain Smith heard the stranger below, rummaging through his bag for something and suddenly, he heard the distinctive click of the hammer of a gun being cocked.

In an instant, Smith dove head first down into the cabin and landed right on top of the stranger. His nephew joined him and they took the pistol—a revolver which he had just loaded—and tied him up. He was brought up on deck where Ira wanted to shoot him and throw him overboard.

His father, Captain Smith would have none of this and it was decided that they would sail to St Thomas and turn him over to the US authorities.

When they reached Charlotte Amalie in the morning, they handed him over to the police and court was assembled quickly since they had to finish their voyage to Tortola and Anegada.  It turned out that the Caucasian male was wanted for murder in the States and had been a fugitive for many years. It was figured that he had intended to kill everyone on board and then take the sloop to St Martin where there was no extradition in those days.

With the fugitive behind bars, the crew and passengers of Carmen breathed a sigh of relief and left St Thomas to sail back home thanking God for his deliverance and Captain James Smith for his knowledge of firearms.