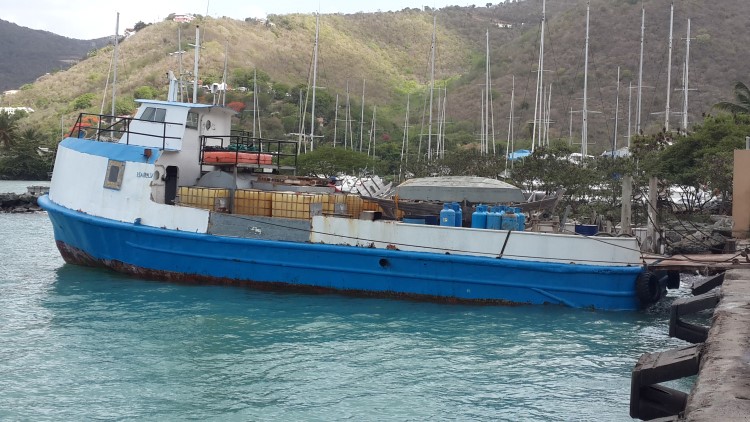 Following, last month where I bid farewell to White Squall II, there is another renowned boat that has left BVI waters for which I have fond memories and deep sentiment.

My other friend to depart service is not a beautiful antique wooden boat like the White Squall II, but a steel barge; a utilitarian workhorse. Her name’s Isabel and for over 20 years she has been the supply ship serving the island of Anegada.

Regular ferry service to Anegada is a fairly recent addition. Before this, the only means of public transport to our most distant Island was by charter plane or on board the Isabel.

She was owned and operated by Captain Kenneth Faulkner, who had been transporting supplies and fuel to his native Anegada for years. Isabel would carry vehicles, personal items, building materials, food supplies for stores and restaurants – you name it; whatever could fit on board, including passengers. For the price of 10 dollars, you could travel one way to or from Anegada. At one time, she made the trip twice a week, but in past years it was only a weekly adventure. 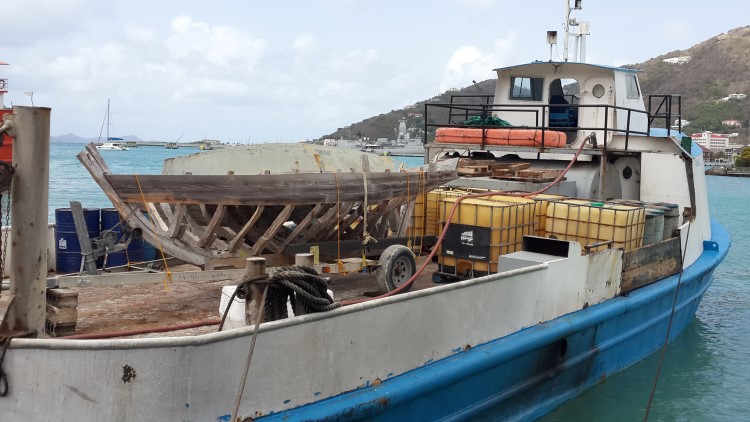 Captain Faulkner would leave Setting Point in Anegada around 5:00am. He would reach Port Purcell in Road Harbour around 9:00am and begin spending the day loading cargo for the trip back. Isabel usually departed for home around 2:30pm and would reach Anegada at 5:30pm just before dark.

On arrival at Setting Point, she would be greeted by a large crowd with pick-up trucks and other vehicles to load up their supplies. Isabel and Captain Faulkner were literally the lifeblood of the community.

Beginning in 2005, I spent a year and a half travelling back and forth to Anegada on Isabel. I was helping local shipwright Watson White build a traditional wooden sloop and I would come over twice a month from Thursday till Tuesday. Over that period, I got to know Captain Faulkner and his mate Jose very well and I looked forward to my trips on Isabel and visiting with them. There was no proper passenger seating and everyone made do as best they could, sitting on cargo or coolers or the steps on the back of the wheelhouse.  There was a lower interior space in case of rain and she had a head (bathroom for you landlubbers).

I liked to sit back on top of the cargo on the stern and watch Tortola and Virgin Gorda slowly disappear as we plied the 14 miles from Scrub Island to Anegada. I’m very comfortable on boats and it isn’t long before the rocking motion puts me to sleep, so for me, the afternoon voyage was relaxing.

In 2013, Captain Faulkner passed away after a long illness and his son and daughter operated Isabel. Try as they might, the constant struggle to keep an old steel barge free of rust and corrosion was proving to be a losing battle. My last voyage on Isabel was in July last year and the signs of wear and age were showing. 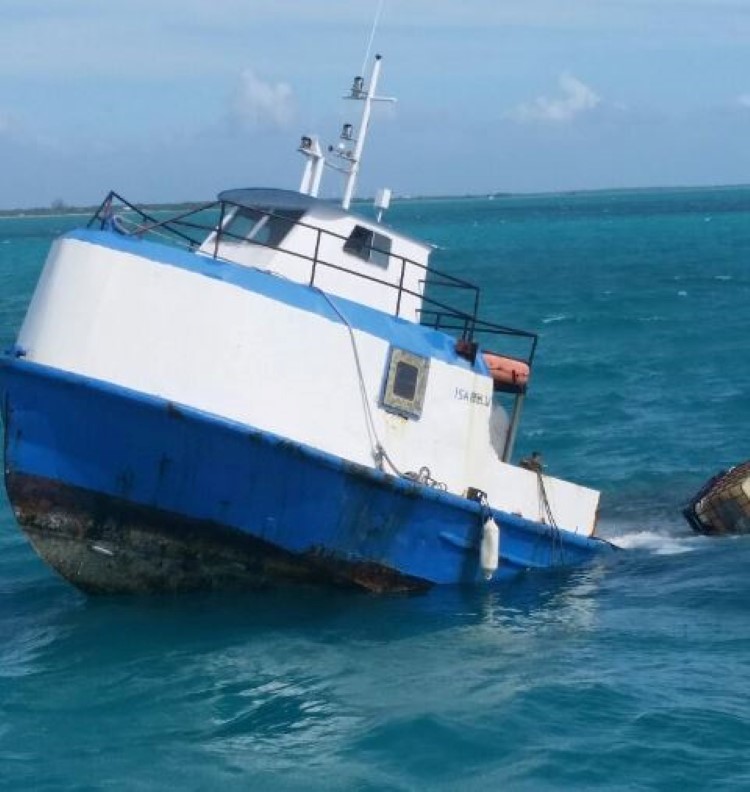 Finally on November 6, 2015 she sank in shallow water just outside Setting Point. Isabel had spent the previous night in Road Harbour due to rough weather conditions and had left the next day for home. The seas were still up and as she was sailing into the passage heading to Anegada, waves began washing up the stern and flooding into the rear hatch. She almost made it home and although sunk, her pilot house was still above water and the crew made it safely to shore. 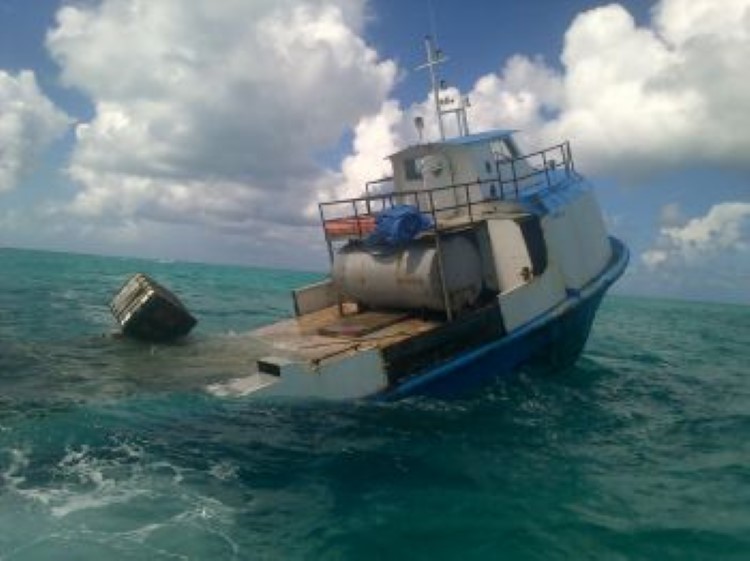 Isabel has since been re-floated and sits at her dock at Setting Point, but the hopes of her restoration are slim.

I will always look back with very fond memories on my time spent sailing on both the White Squall II and Isabel and cherish the moments through the photographs I’ve taken of them.