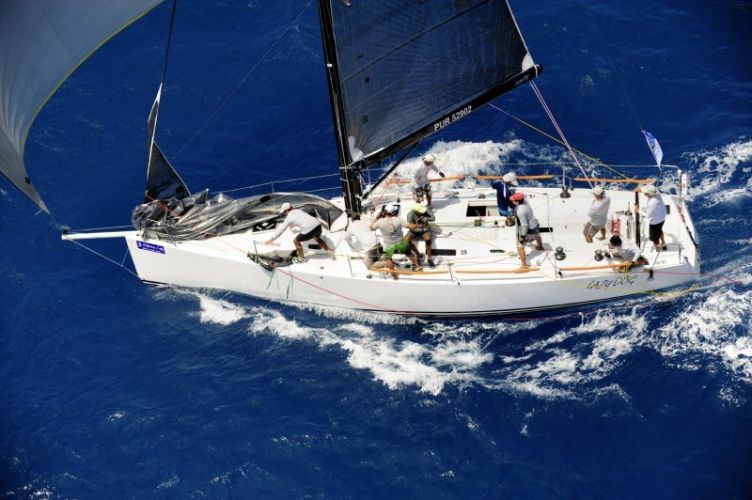 Over the past couple of months, the BVI has enjoyed a surge of regattas during its sailing high season.

From the BVI Spring Regatta at Nanny Cay to the International Rolex Regatta in St Thomas and the Lora Piana Superyacht Regatta at Yacht Club Costa Smeralda in North Sound, Virgin Gorda, the territory welcomed sailing enthusiasts from across the globe to compete on our celebrated waters.

A mixture of weather conditions proved both challenging and exciting for racers who powered through big squalls at times and battled with low winds at others.

Various classes—from old Tortola Sloops and IC24s to superyachts well over 100 feet in length—competed in a mixed bag of events. New to the Virgin Islands this year was the Melegs 32 Series, which made stops at the YCCS in North Sound, Virgin Gorda and joined as classes in the BVI Spring Regatta and the St Thomas International Rolex Regatta.

The series finished up last month at Peter Island Resort. The Melges 32 one-design racing brand attracts an elite crowd of boat owners and teams that travel around the globe to compete. Race organizers and sponsors heralded the event as a resounding success that highlighted the territory as a premier destination for racing and also helped to stimulate the economy. They also said they hope to welcome the series back next year. 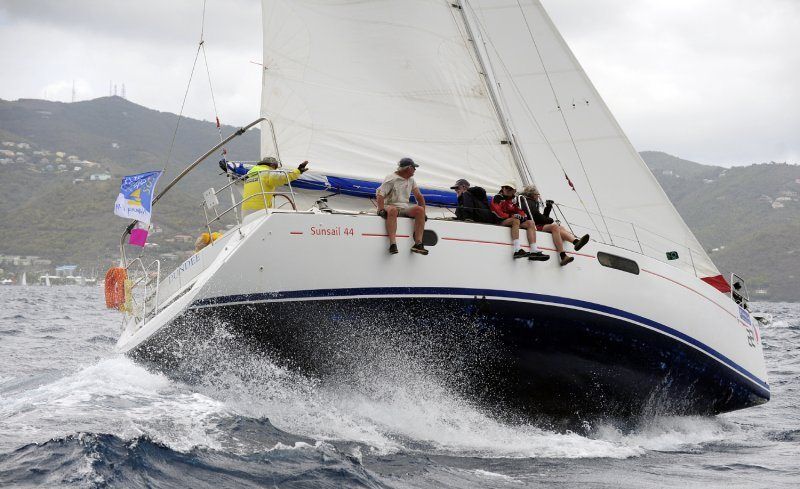 Ominous clouds and vicious squalls provided racers with a thrilling BVI Spring Regatta this year. Waves kicked up to two metres and wind speeds hit more than 20 knots when a squall darkened the horizon in the Sir Francis Drake Channel on the last day of racing.

With wet sails, slippery decks and the big easterly breeze blowing squalls in off the Atlantic, the last day of racing was a thrill ride for competitors.

In the BVI, the Spring Regatta acts as the pinnacle racing event in the territory, bringing racers and visitors from around the globe to participate on the water and imbibe in all the pleasures that our piece of paradise affords. This year, even though numbers were down from previous years, the 42nd annual event brought hundreds of sailors and their friends and families to the territory.

Although the stormy weather kept some from enjoying the territory’s beaches and sunshine, event organiser Judy Petz touted the event as a resounding success.

The BVI Spring Regatta committee also received praise from the local government, and received a “Gold Certificate” from the Sailors for the Sea Clean Regattas programme.

“I couldn’t believe it,” Petz said of the award, which was received because the event is the first carbon neutral regatta on the planet.

Several years ago, the event introduced a “water bottle programme” to help cut back on the use of plastic.

They also limited the use of paper used and displayed the results on computer screens. The BVISR has also established a recycling programme for the event and requires all food vendors who attend to use biodegradable cups, containers and cutlery. 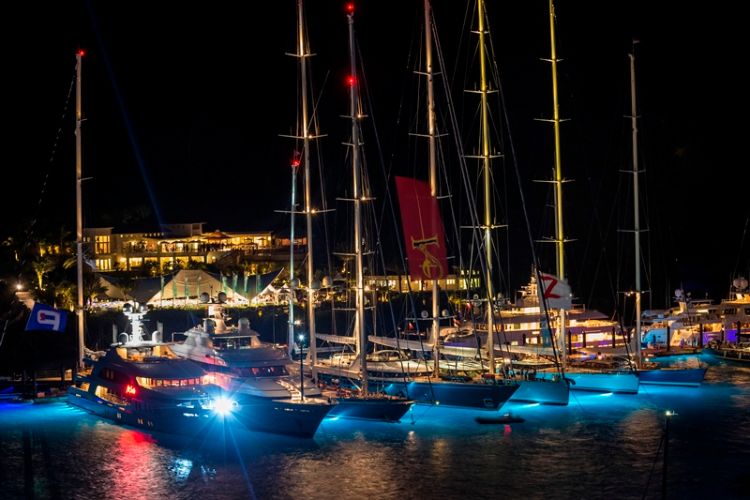 A diverse fleet of modern yachts and elegant, classic designs raced under the International Super Yacht Rule, overseen by Principal Race Officer Peter Craig and the YCCS Race Committee. In this year’s event, the 30.5 metre Wally sloop returned to defend her title alongside Jim Clark’s 42m J-Class Hanuman, which took second place in 2012.

An impressive display of motor yachts, including Feadship’s 63m Lady Britt, veteran participant 46.9m Ingot, Westport’s 39.6m. Resolute and late addition 34.1m Chief turned out to follow the fleet and enjoy the mamouth of a regatta. 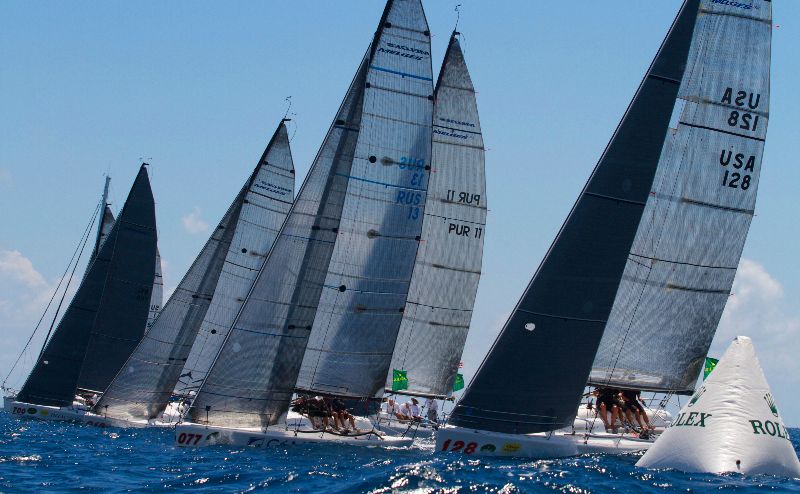 The 40th edition of the International Rolex Regatta, which took place between March 21-24, saw lower entry numbers than in recent years, but that didn’t stop organisers from describing the event as a success. Seventy-two international yachts, including crews representing Germany, Poland, Russia, Sweeden, Switzerland and the United Kingdom comprised competitors in St Thomas.

Building breezes of 10-15 knots across the three days of racing guaranteed a tactically engaging competition. A Melges 32 division featured at the International Rolex Regatta for the first time.

The Class’s star touch was provided by American Ed Baird, ISAF Rolex World Sailor of the Year in 2007, racing onboard the United States entry Volpe.

“At this time of the year the Caribbean is certainly the perfect place to be,” said Baird. “While the snow is falling in the north and winter is giving everyone a hard time it’s very nice to be here where the sun is warm and the weather is good.”

Baird and Volpe had to settle for fourth place in the ten race series as exuberant youth triumphed.

Twenty-one-year-old Dalton DeVos and the crew on Delta (USA) held their first day lead throughout the competition and in securing three bullets saw off a spirited challenge from Jason Carroll’s Argo (USA).

DeVos, whose cousin Ryan was skipper on Volpe, said, “I am extremely excited, this event meant a lot to me. You wonder why you would sail anywhere else, the breeze is awesome, weather great and you can’t complain about being in the islands.

May 4-5 Race & Cruise to the Bitter End Yacht Club