The Gale of 1932 and the Tragic Loss of the Perseverance 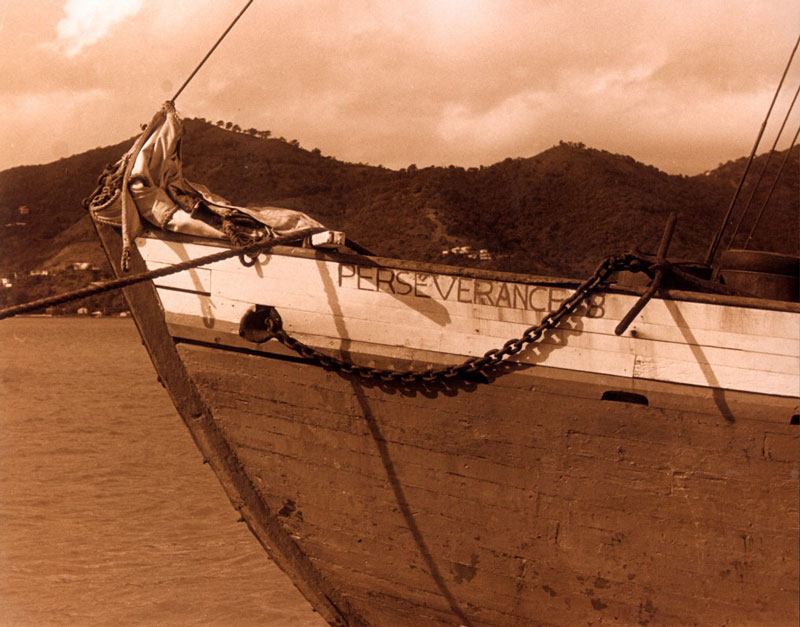 It was a hazy warm morning on Monday September 9, 1932. Five sloops laden with cargo and passengers had cleared customs out of West End to make their journey to St. Thomas.

The boats consisted of the Wonder Why J.E.W. Georges boat from Road Town, the Daisy which belonged to the Martins of Soldier Hill, and the Consolation, Sonny Henley’s sloop from Cane Garden Bay.

Ten minutes behind were the Perseverance—Reginald Tomar’s boat from East End—and the Guyana belonging to Capt. Rudolphus Hodge of Cane Garden Bay.

There was nothing unusual to mark the day; there was very light wind and about halfway down the Ghut (the area between Johnson’s Reef and Red Hook), the wind died altogether.

The boats were forced to take to the oars and row to make headway. It wasn’t long before a breeze returned and they thankfully shipped their oars and resumed sailing. The wind steadily increased as they reached the end of the Ghut and made their tack to the west to head for Charlotte Amalie.

The sloops struggled to maintain their sails with the wind growing stronger and stronger and they were soon racing into the teeth of a gale.

In the 1930’s, the word ‘hurricane’ was not in use. These powerful storms were called gales and were referred to by dates instead of being named.

The weather worsened and as the sloops got closer to the harbour’s entrance, they could see the gale warning flag flying on Signal Hill.

The Wonder Why and Daisy were first to make it in. The wind entering the harbour was blowing from different directions and it took expert tacking and boat handling to make it to the dock.

I have raced in many St. Thomas Regatta’s and can confirm that the wind is very tricky, often changing in an instant while entering Charlotte Amalie. Races have been won and lost at the last moment due to this phenomenon.

The next boat to reach was the Consolation, having a terrible time negotiating the entrance. The crew struggled as the ‘Consey’ (as she was nicknamed) was knocked one way and the then the next. Finally between the skill of the captain and crew, and the prayers and coaching of the ones who had already made the dock, she too found safety.

Now it was the turn of the last two sloops to attempt to pass the gauntlet. They had left minutes behind the others and were now facing the worst of the storm. The Perseverance went in and met a solid wall of wind and water. No one is really sure what happened next or what they saw; it may have been a water spout or a tornado spawned by the storm. The maximum winds that day were estimated at 90 mph with the likely hood of stronger gusts. Given the unstable nature of normal conditions in the entrance, this was a recipe for disaster.

What people on shore and in the sloop behind did see was described as a white smoke like foam or mist and it was into this mist that the Perseverance vanished.

When it cleared, the boat was gone – there was nothing to be seen of her. She had 13 people on board, 12 men and 1 woman. This left one sloop, attempting to make it to safety: the Guyana. 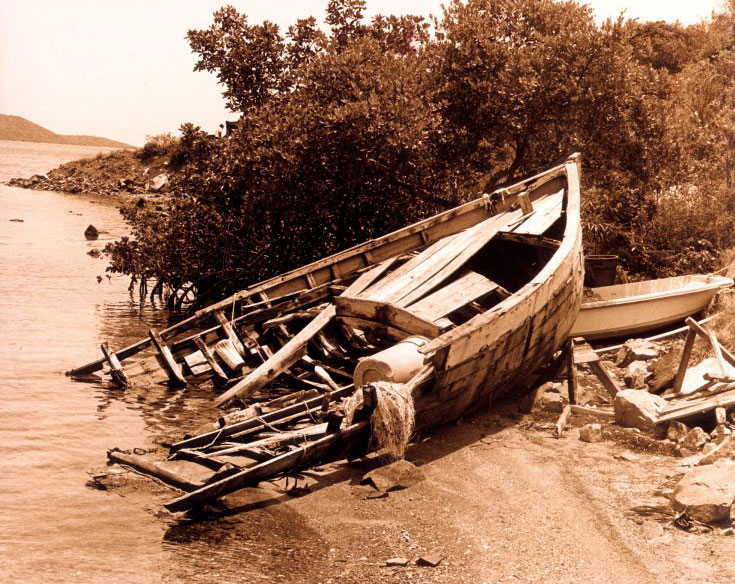 After seeing the Perseverance disappear and being driven by the teeth of the storm to the south away from the harbour’s entrance, Capt. Rudolphus Hodge or Dulphie as he was known, made a heroic decision. Rather than risk the life of his crew and passengers, he chose to sacrifice his boat. With the relentless wind driving him South and struggling with all his might to control the tiller, he drove the Guyana straight onto Buck Island at full speed destroying his sloop, but saving all on board.

His courage saved the lives of seven people, including his own. The next morning after the storm had passed and the weather cleared, they were picked up and brought safely to shore.

It is sad to say that those on board the Perseverance were not so fortunate.

There was never a trace of them or their sloop ever seen again – not even a piece of wood or other debris washed up in the harbour. She vanished without a trace and stands today along with the Fancy Me as one of the Virgin Islands’ worst tragedies.

As the anguish and sadness overwhelmed the community of East End, the usual melee of a curse or unlucky number 13, or every kind of obeah made its rounds to try and give a reason to such a sudden and unexplainable loss of life.

In the end, it can only be attributed to the mysteries and powers of the sea and the universe to take us at will.