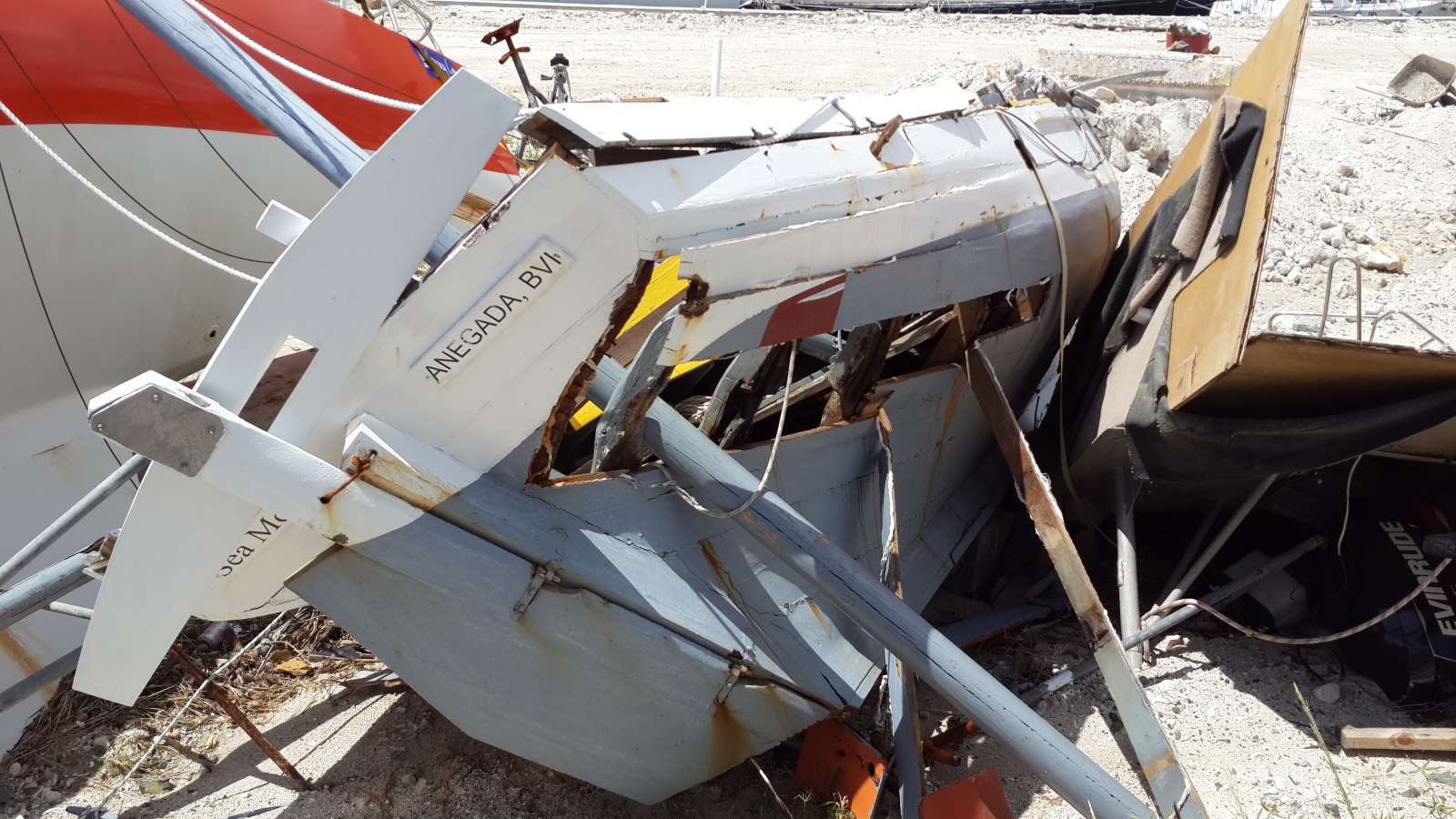 Watson White—the Anegada Shipwright and the last of his generation proficient in traditional wooden sloop-building—passed away in the third week of June 2018. He was 89 years old and had been in failing health for some time.

His passing marks the end of an era in Virgin Islands history but it is our hope that his legacy will lead a new generation of Virgin Islanders to step up and preserve the knowledge of traditional wooden boat-building which is central to the cultural heritage of these islands.

In 2003, I first met Watson White on Kenneth Faulkner’s barge Isabel. I had just begun my career at the H. Lavity Stoutt Community College; my job was to preserve the maritime heritage of the BVI by creating a Museum, and maintaining and restoring the traditional sloops that were still left in the Territory. 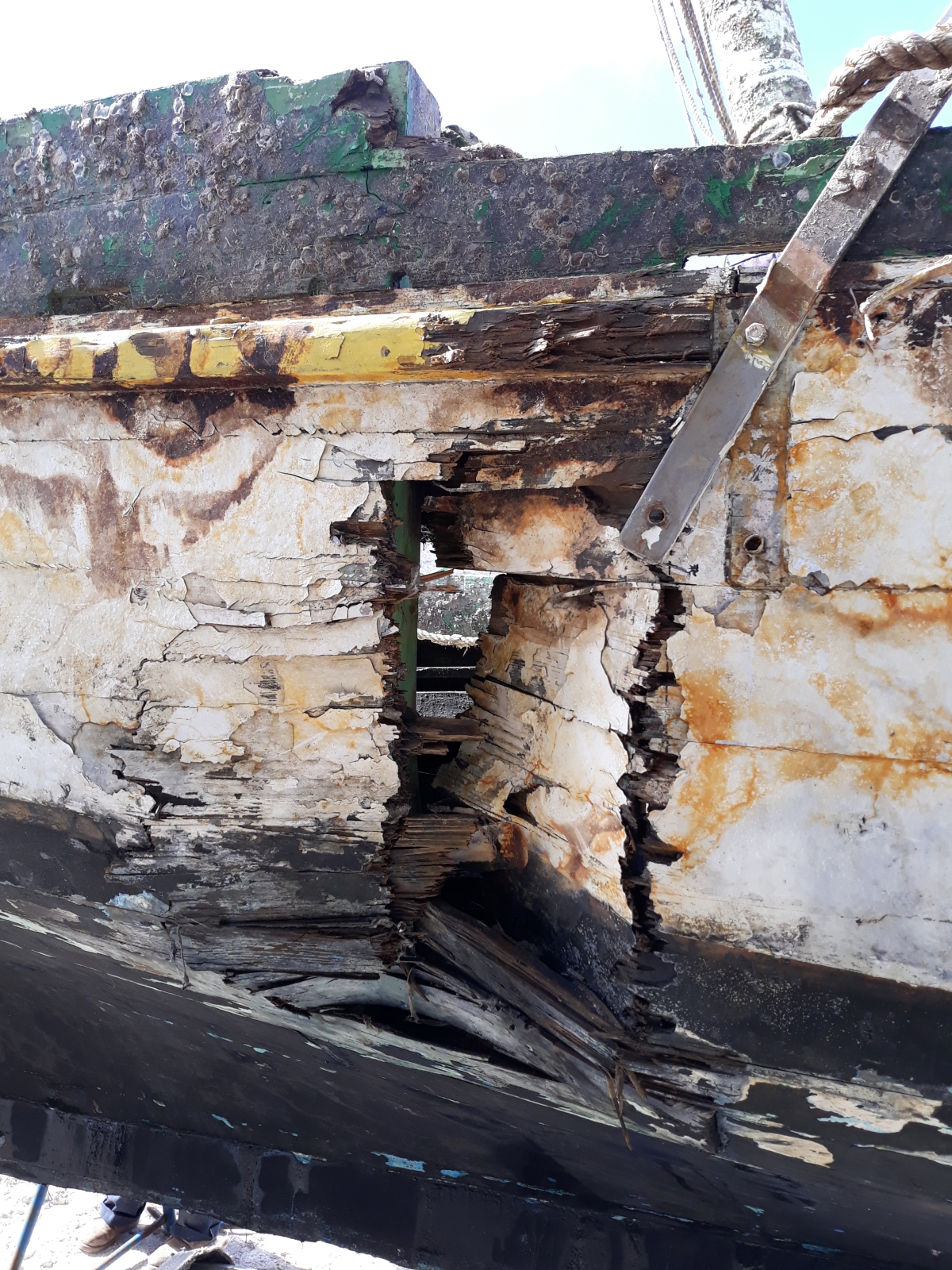 I was travelling to Anegada to investigate the remains of a sloop called the Joyce L to see if she could be salvaged.

My chance encounter with Watson turned out to be a turning point in my life.

On realising who he was, I told him that I worked for the College and was tasked with maintaining MoonBeam, a 20-foot sloop which he’d built.

He informed me of his plans to build another sloop based on the size and lines of MoonBeam and offered me the opportunity to help him which I readily accepted. Thus began a long and fruitful friendship based on mentorship, instruction, and the passing of knowledge. 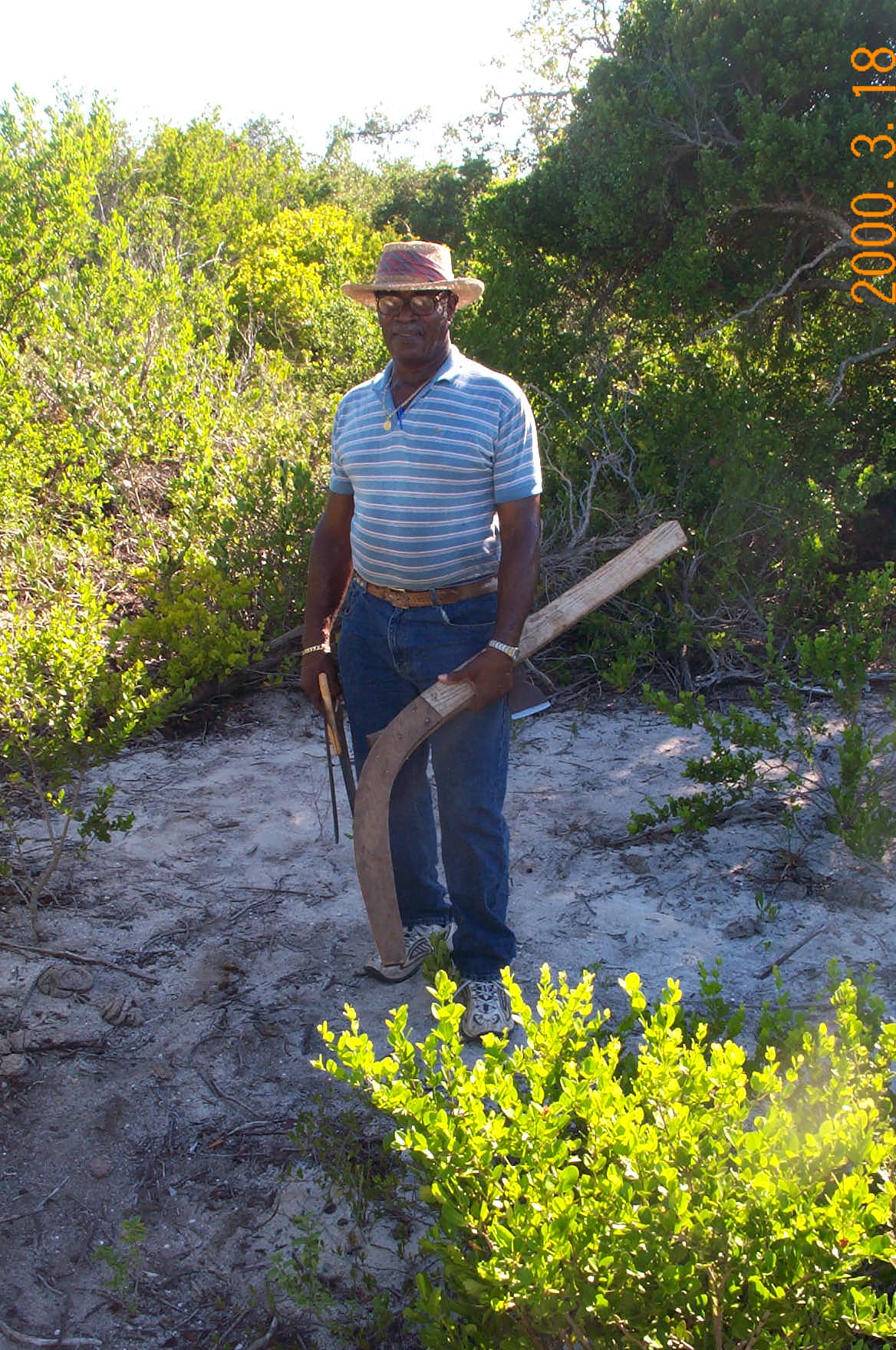 Watson didn’t just teach me how to build a traditional sloop; he shared many stories illustrating what life was like in the Virgin Islands a generation before. It was a time marked by demanding work, entrepreneurship, and a united sense of community which laid the foundation of our life today.

It took about a year and a half—mostly working on long weekends—to complete the new project we undertook, the sloop Sea Moon, and after that we were in constant contact. 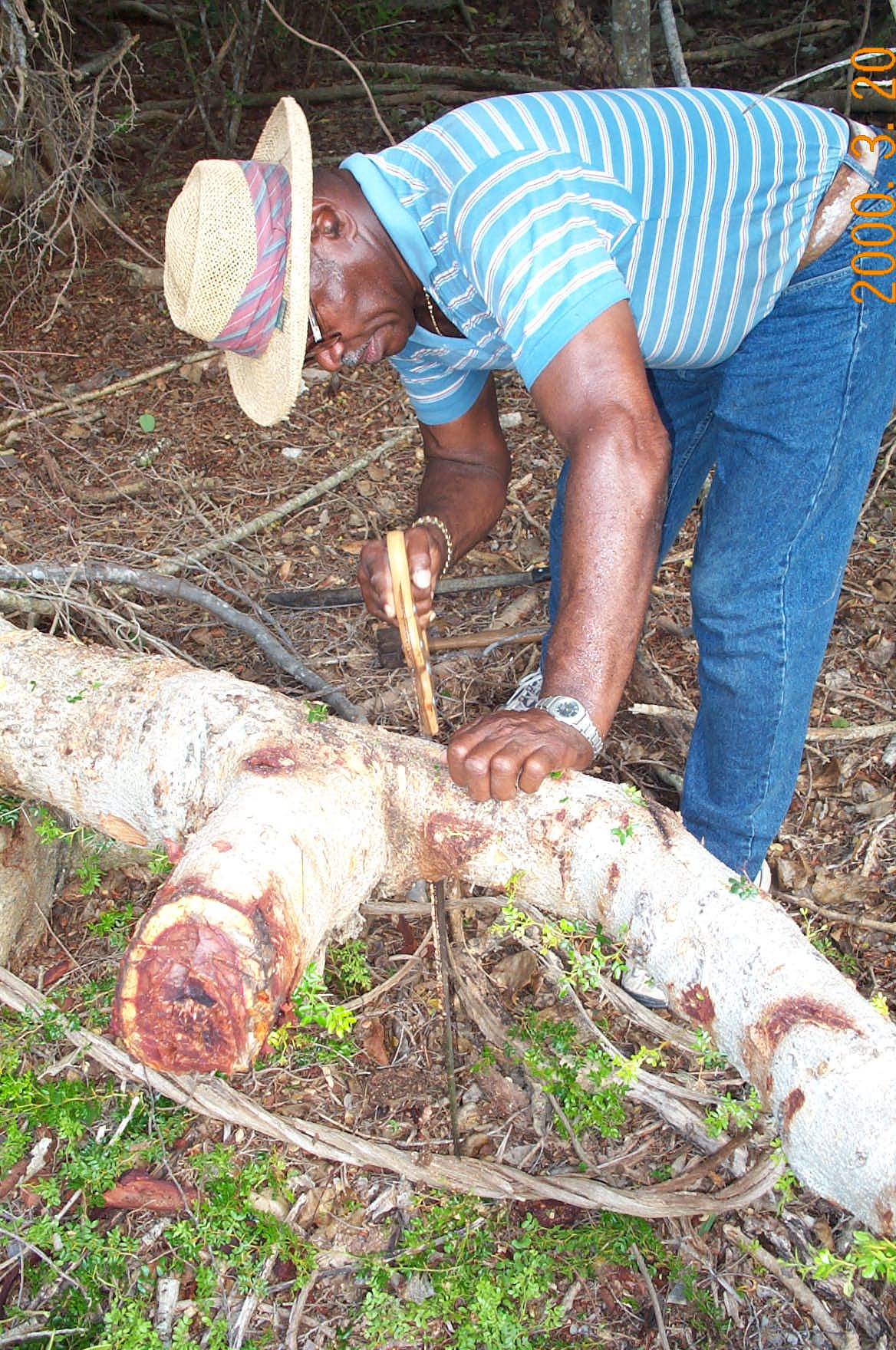 This finally led to the publishing of a book in 2013 entitled Building a Virgin Islands Sloop, the Story of Sea Moon published by aLookingGlass with funding from VP Bank and illustration by local artist Lutai Durant.

A few years after the completion of Sea Moon, Watson was engaged by Ms Ermin Penn to teach four young men from around the Territory the skills and knowledge of traditional boat-building. 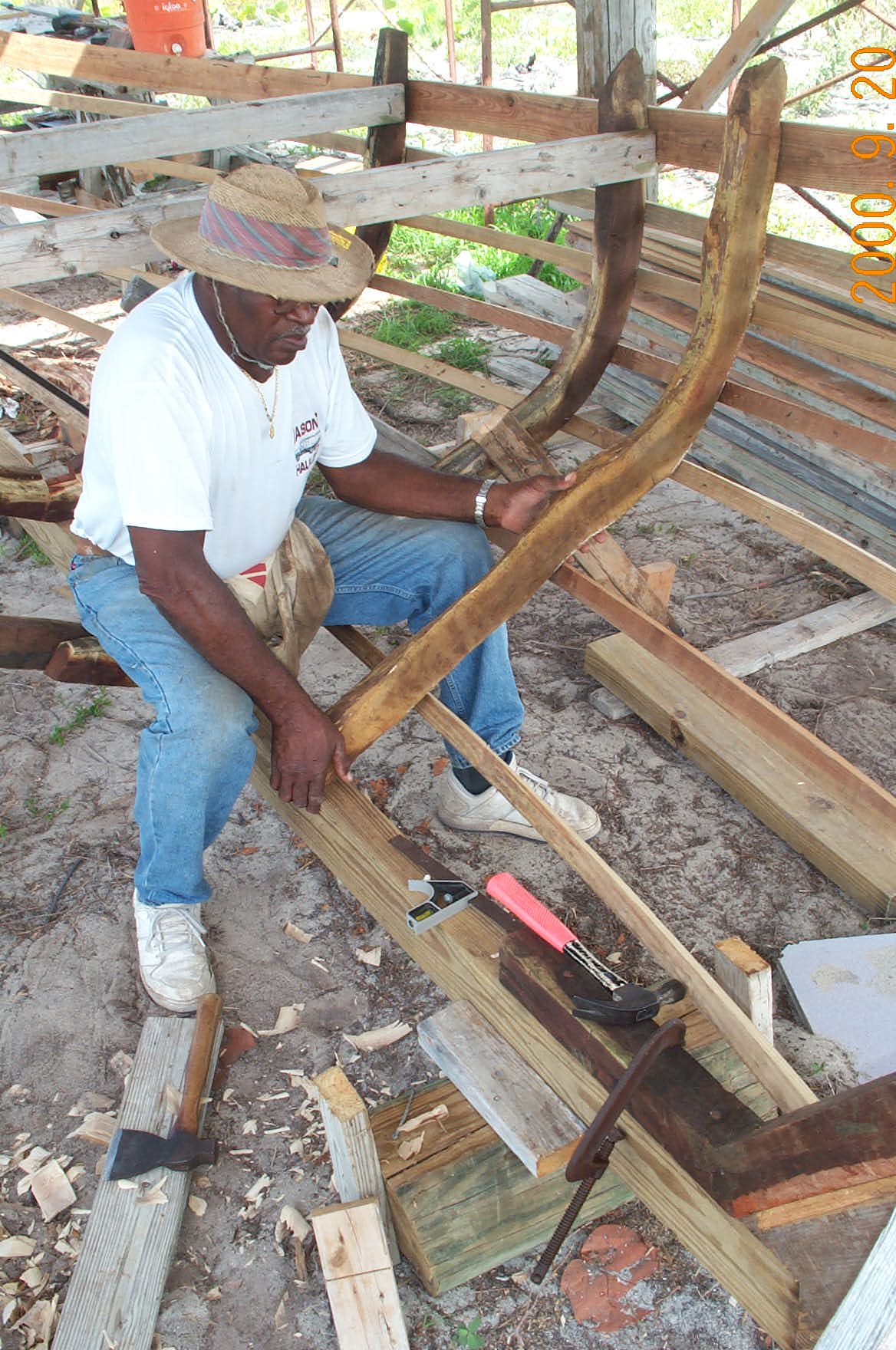 Funded through a grant from the United Nations Educational, Scientific, and Cultural Organisation [UNESCO], they began construction of a second sloop of similar size on Anegada.

This sloop, yet unnamed, was framed and about to be planked when funding ran out and work was suspended. Although not completed, the four young men had learned the basics of the trade and are capable of traditional sloop construction in the future.

It is these two factors which form the means of perpetuating Watson’s legacy for generations to come. The book serves as a primary school tool to teach the youth of the Territory the knowledge of traditional boat-building and its place in our cultural Heritage. The skills learned through the UNESCO project will hopefully be used to restore our existing traditional sloops and to undertake new construction in the future. 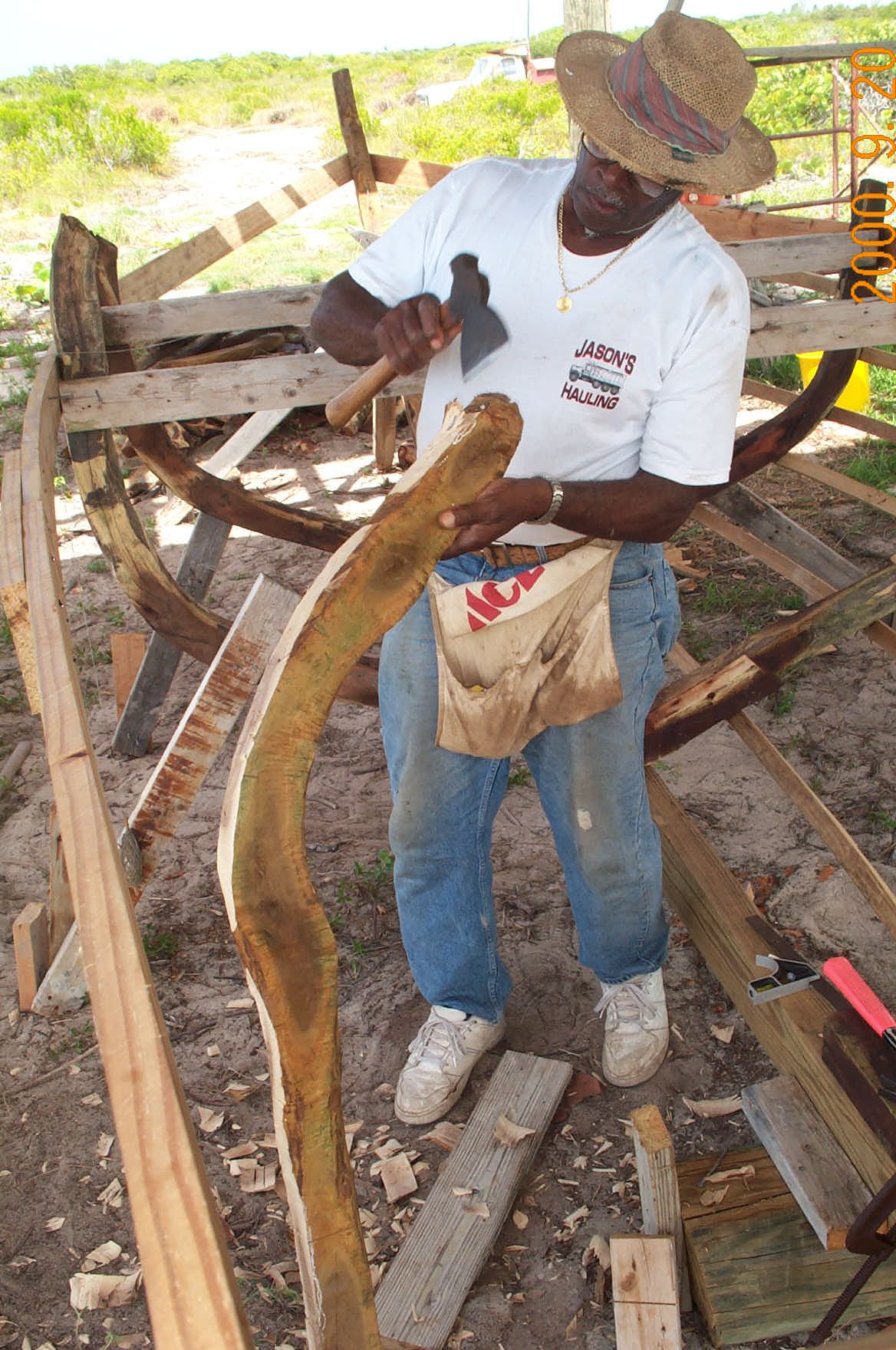 In the aftermath of Hurricanes Irma and Maria, our traditional fleet of sloops, along with the rest of our country took a devastating hit. Out of a fleet of five serviceable sloops and two needing restoration and completion, only four remain and they’re all in need of major repair.

The incomplete frame from the UNESCO project has been moved to Nanny Cay with the other remaining sloops. Moon Beam was a complete loss and Vigilant—built in 1880 in East End by Willie Penn—was removed from the Marine Centre and taken to the landfill with no explanation as to why.

Three of the sloops, Youth Instructor, Esmie and Intrepid were sunk but were able to be raised through the skill and tender loving care of Blue Water Divers. Two of them are afloat but without masts or rigging, and Esmie requires continual pumping just to stay afloat.

I’m currently teaching a vocational course for the Marine Centre in basic wood construction. Based in Nanny Cay and with the help of Jamel Davies—one of Watson’s students—we have set up shop under a group of trees near the resort beach bar Peglegs where we’ve relocated Sea Moon and the incomplete frame from Anegada.

It is our intention to begin restoration, one sloop at a time until our fleet can once more become the central focus of a comprehensive programme in the preservation of the maritime heritage of the Virgin Islands. It is in this way that we can honour the memory of Watson White and his contemporaries, passing their legacy onto future generations.