Home >> Only When the Tide

Only When the Tide

Goes Out that you learn who’s been swimming naked – was aptly said by legendary value investor, Warren Buffet.If you, like many investors, believed that global markets would continue to soar despite fundamental weakness and imbalances in the US credit system, August must have been an eye opener.  We suggest you swim for the shore and put on some dry clothes.  Despite the general tenor of optimism, we began the year by recommending a barbell strategy to our clients.  Overweight cash and cash equivalents on the one side, offset by an overweight in Hard Asset investments on the other, and an underweight of everything in between.  While we missed what may have been the topping out of the Dow and the NASDAQ, we capitalized as these and other over-bought markets such as India and copper have corrected. 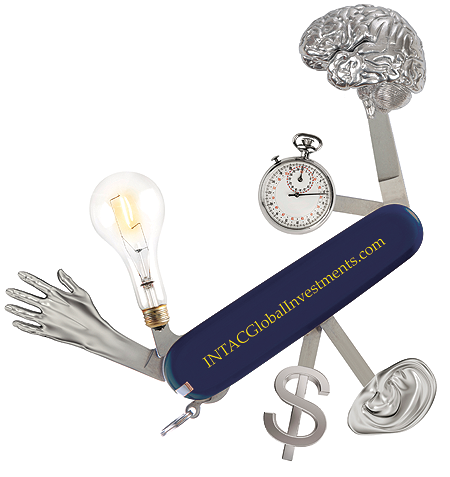 A long-term, core holding that is part of our barbell strategy is an investment in the Sprott Canadian Equity fund.  The fund has returned an impressive 14.37% over the last 6 months, or 28.6% since it’s inception (average annual compound rates of returns as of July 31, 2007 in Canadian dollars).  The fund’s manager, Eric Sprott, is also the Chairman, CEO and founder of Sprott Asset Management.  The firm manages billions of dollars with a heavy bias towards Hard Assets.

In his most recent Markets at a Glance article entitled “The Moral Hazard of Central Bank Intervention,” Sprott and his colleague Sasha Solunac wrote “Alas, today there is blood on the streets. Financial instruments of all ilk are taking a relentless beating, common shares included. The sole exception to date has been government treasuries, which are being feverishly bought as everything else gets liquidated. Lest we appear too smug, even bears like us who saw this coming are taking it on the chin for the time being.  At least we take comfort in being invested, directly and indirectly, in the real things that rapidly growing economies like China and India will continue to need, rather than in the leveraged house of cards that virtual finance has built over the past five years. Real things that the world needs will always have some value. This is more than can be said for the many financial market participants who are invested in little more than pie-in-the-sky pyramid schemes of toxic financial paper. Furthermore, if central banks allow the moral hazard dilemma to persist, then gold will most likely come out the real winner.”

While Sprott’s comments might seem overly bearish and gloomy, we agree that investors should be wary.  It will take time to realize the scope and impact that the US’s shaky credit markets will have on its and the global economy.  Like a bran muffin in the morning, the Sprott Canadian Equity fund is only part of a well balanced diet.  We suggest the inclusion of this fund in a robust, well-diversified portfolio such as the INTAC Global Hard Assets Portfolio and the exposure to the Hard Assets asset class should be part of an overall strategy that reflects your particular risk/reward profile, such as one of the 7 INTAC Investment Philosophies.

Part-time golfers don’t play in the PGA tour, weekend pleasure sailors don’t race in the America’s Cup, and amateur investors don’t outperform gurus like Eric Sprott over the long term.  Investing should be left to highly educated, experienced professionals.  INTAC is a private wealth management business that has been investing in managed funds globally for our high net worth investors for over 10 years.