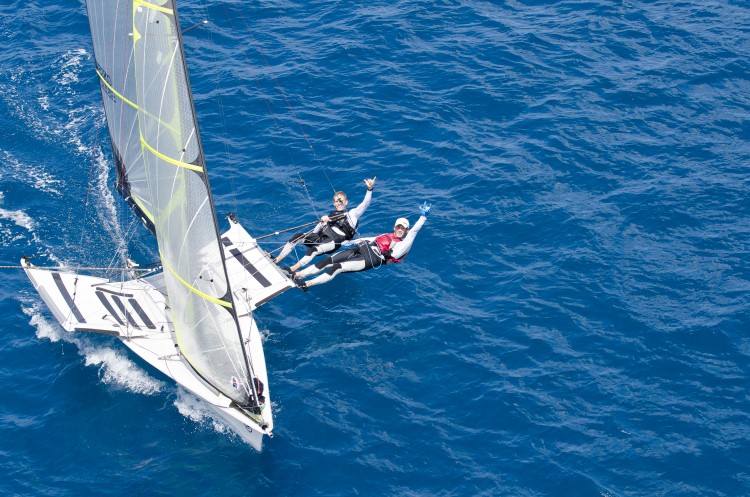 Soaring to the Olympics

The BVI has turned out some incredible international feats over the years.

Now, the community has the opportunity to support two young members, who have aspired to compete in the Olympics from an early age and are on course for accomplishing their dream.

Sailors Alec Anderson and Chris Brockbank are the duo set for this epic achievement; catching up with them since their return from training in Europe, they relayed their journey to date, their great passion for sailing, and their ambition to join the Olympics. 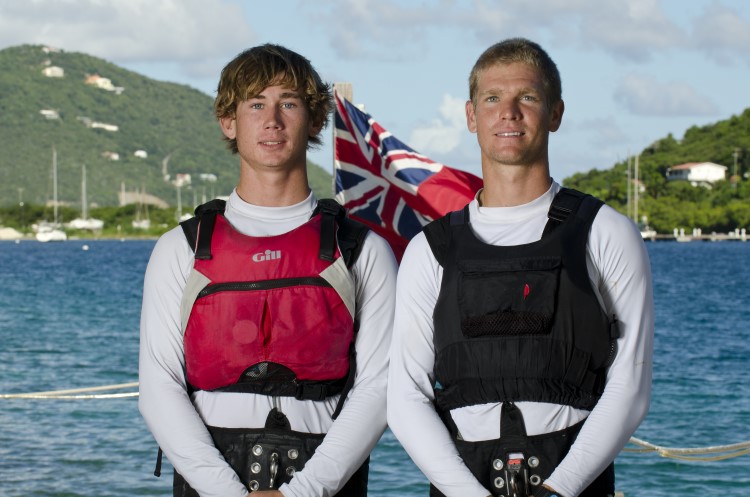 “We’ve lived in the BVI all of our lives, both born here…we both got into sailing through the Royal BVI Yacht Club…” said Alec, reminiscing about the origins of his motivation. “…when we were anywhere after 6/7, summer camps, anytime there was a break from school [we would sail] – I took a more competitive path…when I was an early teen.”

Chris pursued the path of recreation and teaching here in the BVI whilst sustaining his appetite for racing. Alec, who perceived the Olympics as the pinnacle of competitive sailing, had a strong desire to reach the international contest from the beginning. Looking to the 49er category and on graduation from college, he sought out Chris who he felt would be the most solid partner to join his goal.

“So far, we’ve done our best and raised money from private sponsorship as well as great help from the Olympic Committee,” he said. “Richard Branson and aLookingGlass—who have got our brand out there—have been an incredible help as well…we’ve been focusing on training and working on our 49er which other than the catamarans is the fastest Olympic class,” Alec continued. 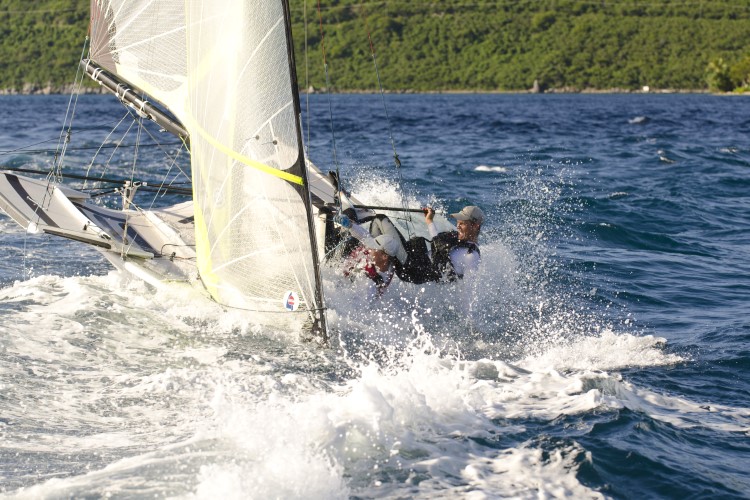 Purchasing the 49er that they used to train on through sponsorship funds, they’ve been permitted to hone their skills in the BVI: “A day in the life of a 49er sailor or any Olympic athlete is at least an hour and a half in the gym—weight training or cardio—eating 4000-6000 calories a day, and three to four hours on the water, and then when you have your coach, you debrief for one to two hours,” said the potential Olympic competitor in discussing his current daily practice.

For the latter part of May, the eager athletes trained at Sensus Gym where the owner Lisa Adamson provided free membership and fitness training to their cause alongside their sailing routine. “We are looking at our first qualifying opportunity in September…in Spain,” he said, talking about their deadline. “Second chance is at the North American qualifier early 2015 and the third chance will be in South America in 2015 – three opportunities, first one right around the corner – we’re going to give it our all,” Alec continued with enthusiasm. 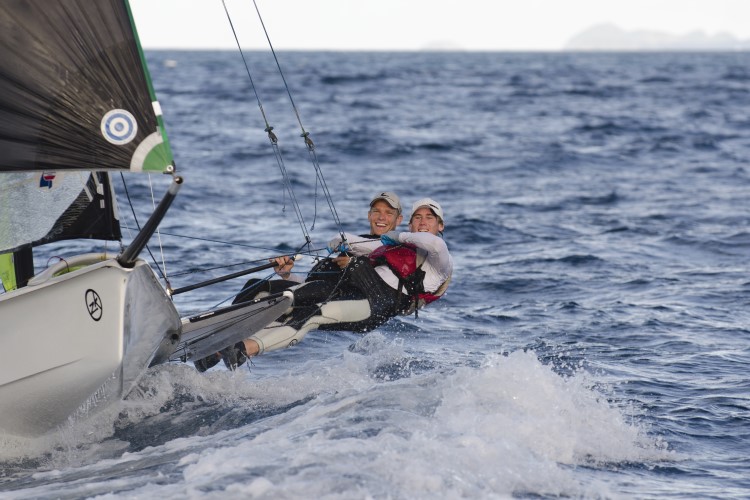 Talking to aLookingGlass Creative Director Nick Cunha, who headed the aLG sponsorship of the Anderson Brockbank campaign, he explained that his longstanding friendship with Alec and Chris, their helpful instruction of him in sailing, and now, their Olympic drive, provided him with the opportunity to reciprocate their sailing advice.

“It was my chance to contribute something back to them,” said Nick in reference to aLG’s support of their cause. “As long as they have confidence that we can aid them in meeting their fundraising goals, they can focus more on the important part, which is training and hopefully qualifying for the games…”

aLG has provided them with branding and apparel, designed a fund raising website, and assisted with social media: “Lately, we have provided graphic design for everything from invites, posters, boat decals, apparel, website and social media branding for free,” stated Nick, excited about his involvement in the cause.

With intention of consistent support, Nick is seeking ways to assist with their actual training. “I am collaborating…with a programmer who has been working on developing apps for Android,” he said. “This is something I am not able to talk much about only because the project’s in early stages, but it seems as though the BVI Olympic Sailing Team will be testing the app and equipment on their next trip to Europe. The goal for this development would be to literally get them up to speed with the teams that have been sailing 49ers together for long periods of time.”

Offering advice to the younger generation of BVIslanders, Alec emphasised diligence and dedication to ambitions: “Getting the support we have, came from the fact that Chris and I worked really hard from an early age,” he said. “People were more than willing to help out.” He also highlighted their willingness to help the younger generation in similar pursuits, mentioning his gratitude toward the BVI community, naming Nanny Cay, International Motors, and Quantum Sail Design Group who have aided their efforts.

As a personal note from the two sailors, they wanted to express their appreciation to all the sponsors–the Olympic Committee, aLookingGlass, Richard Branson, Nanny Cay Marina, International Motors and Quantum Sail Design Group—and still seek major corporate sponsorship, offering the opportunity for a business to become their title sponsor.

With the continued support from generous sponsors and the determination of both Anderson and Brockbank, it is with great optimism that the BVI should see a couple more members of our Territory creating ripples on a global scale in the Olympics – pun intended.