The difference between a coach and an instructor is reflected in the student’s result of knowledge and skill.   For years working in water sports I have seen some of the world’s best instructors give little nurturing to develop an individual’s talent.     In contrast some of the current highest ranked water athletes show little in terms of communication skills or encouragement in coaching.   Drawing out a sense of confidence to empower someone’s skill on the water takes drive, patience and an appropriate education of skills in the correct context, timing.   Some of the best coaches in the world follow the apprentice approach constantly learning from their peers, prodigies and seniors. 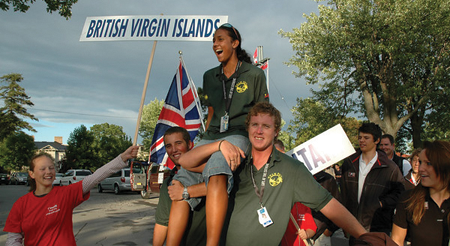 Chris background as a sailor started when he was 7 years old in the Optimist that he and his father built.   He competed in the Optimist dinghy for 7 years and at the age of twelve qualifying 3rd in Canada to represent the world’s team.   By 15 years old, moving on to the Byte, a smaller version of the Laser, Chris competed in 2 world championships, finishing 5th, and 7th in both.   Having out grown the Byte, the Laser Radial was next and by the age of 16 he was among the top radial sailors in North America, finishing 9th out of 144 at the Canadian Olympic Regatta, Kingston.   After 4 years in the Laser standard travelling over North America to major events, he turned to coaching to help ease the costs.   It was then he developed a passion for the job, and saw great achievement, having many of the athletes trained under him, moving to national team status. 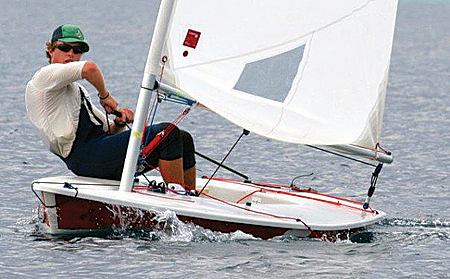 The progression to coach level was nurtured by the outstanding quality of coaching that Chris was to receive through the Canadian system.    The quality of coaching at that time was a great footing.   As Chris states, “Many of the techniques I use for coaching stem from firsthand experience with Olympic team coaches. Making the transition from athlete to coach can be very challenging.   Looking forward in his current context, Chris has found that by taking certain aspects of all the different styles of coaching he has received in the past and blending them together, there is potential to give our BVI athletes the edge over their competition.

In the near future there are hopes to see our BVI athletes not only compete on an international circuit, but come out on top.   Chris believes with our fantastic sailing conditions, and the strong drive of the BVI athletes, that reaching world class skill is not too far off.   As of now this coach and his team are shooting for the 2012 Olympics in England, a goal that will take extensive training, travel, and commitment to the sport.

With that commitment, all support helps.
For further info contact [email protected]