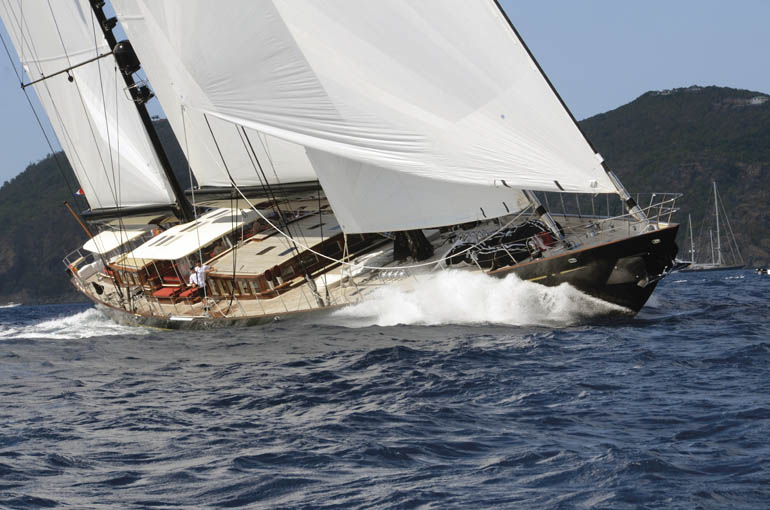 Gliding along the water, the 180 foot superyacht can be witnessed, demonstrating strength and dominance as she performs against competing vessels and claims victory in her class. Her jet black exterior, massive carbon fibre masts, and symbolic red ‘M’ present on her spinnaker, give the magnificent Marie—Star of the Sea—her signature identity when she partakes in prestigious, world renowned regattas.

Since her launch in 2010, Captain Wes Cooper from Aukland, New Zealand, has been the proud skipper of Marie. The yacht is run with eight crew members including Jasmin, the chief stewardess, and Tammy, the head chef, who work together to provide guests with an unbeatable experience on the water. 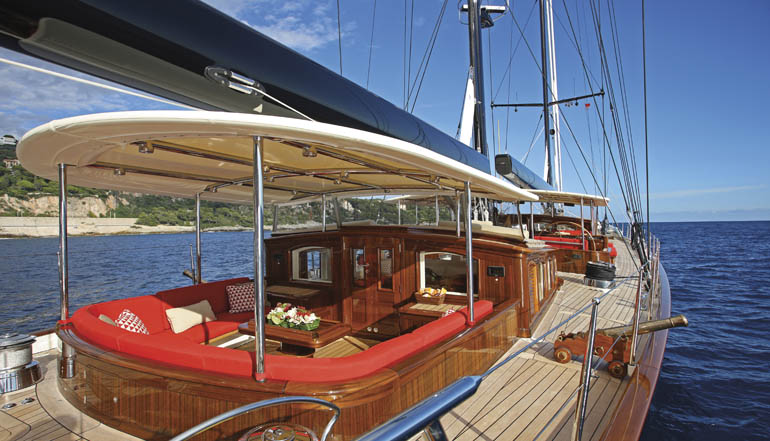 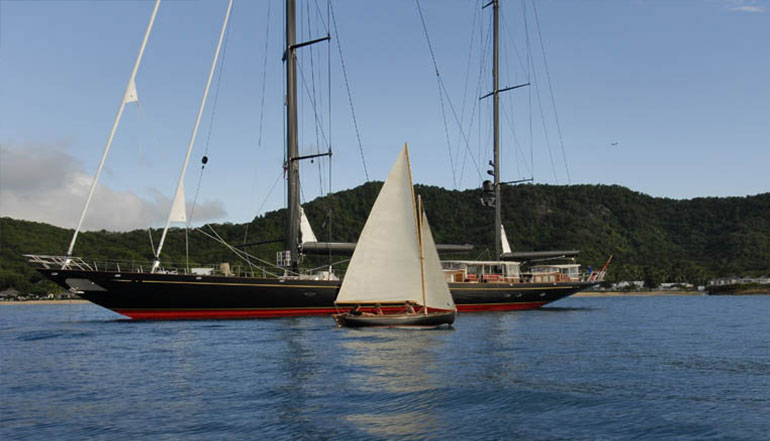 During the weeks when Marie participates in regattas—typically five per year—extra race crew are needed and a skilful team are flown in to participate, bringing the numbers of the sailing team up to 21.

“It’s a real thrill for me to be able to say that I am the Captain of this boat,” boasts Wes Cooper, Captain of Marie. “Everywhere she goes, she is the most beautiful yacht on the water.”

Marie is the strikingly attractive product of Vitters Shipyard, one of the industry’s leading builders of modern, luxury sailing yachts, and specifically the signature work of yacht designer, André Hoek.

“Vitters Shipyard is one of the finest shipyards in the world for building sailboats,” remarks Wes. Her design and build from start to finish took roughly 22 months. The yacht has a beautifully classic and timeless appeal, modelling traditional designs from the ‘Golden Age of Yachting,’ yet she is built with the latest in technologies to deliver an optimal sailing performance. 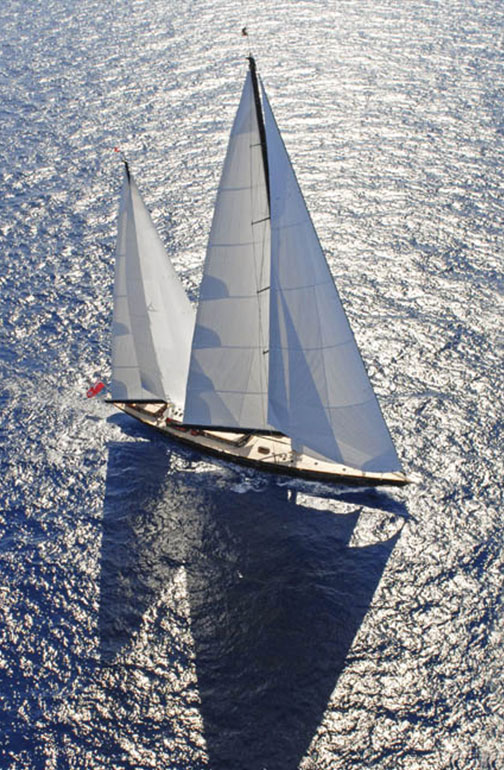 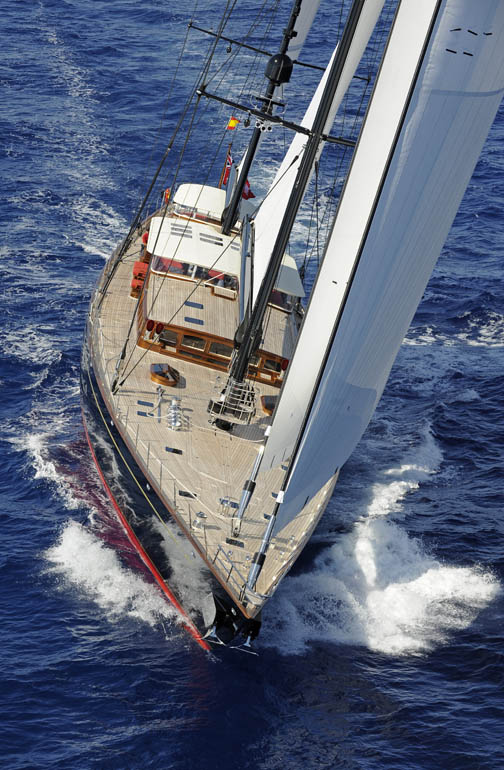 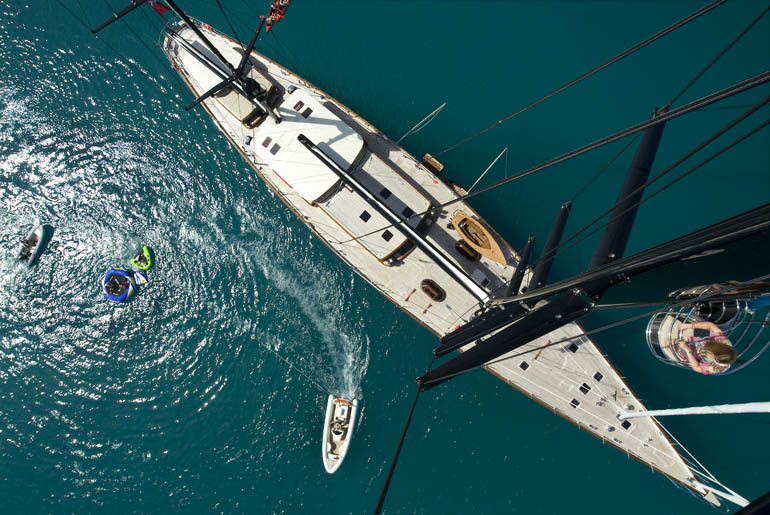 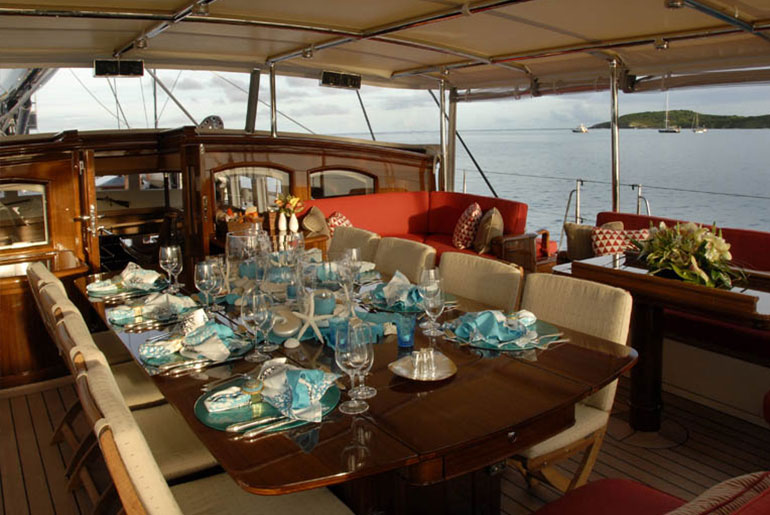 Her spacious interior is two levels of elegant divinity, equipped with all the modern comforts and amenities of a 21st century superyacht. Contrary to Marie’s dark and bold exterior, light colours of champagne and gold create an open, welcoming ambiance for all who have the privilege of being her guest. Marie is the perfect boat both for competitive sailing and cruising, as the main deck has several areas suitable for al-fresco dining, casual lounging, and entertaining.

Inside, there is a lavish master suite and three deluxe guest cabins, accommodating up to eight people. The guest cabins each have an en-suite bathroom, double beds, and are decorated with crisp linens and personalised pillows sporting ‘Marie.’

The Master Cabin includes a king-sized bed, as well as a separate study and office. All of the staterooms exhibit décor consistent with the yacht’s main themes of music and antique armour and armaments, displaying gorgeous oil paintings and unique artwork pertaining to each concept. 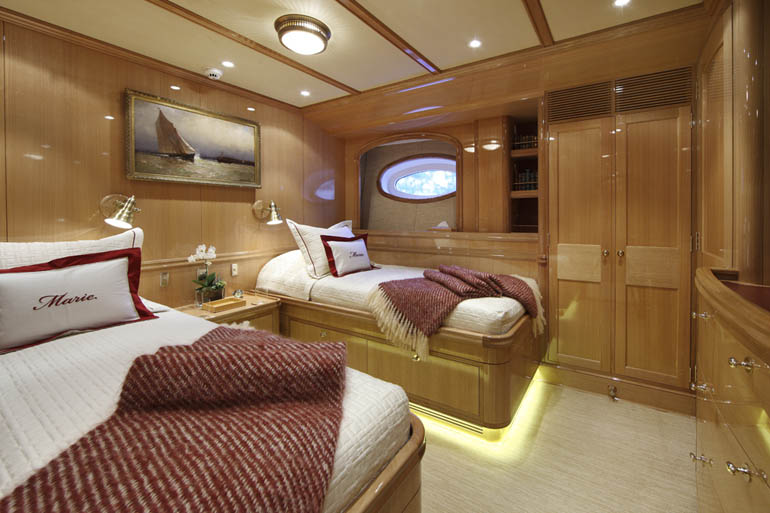 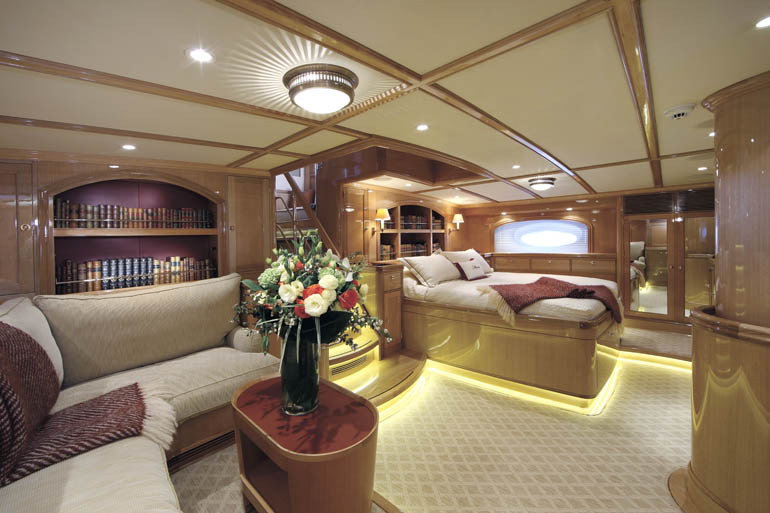 Beautifully illuminated staircases direct guests between the two levels of the vessel, which includes an upper dining area with an office space, and a lower salon with a formal dining area. Unique on board, is a lavish grand piano situated in the main salon.

Down in the galley, meals are prepared from seasonal and local provisions, catering to the requests of those who are present on Marie during each venture. The yacht is used extensively for both private use as well as for charter. 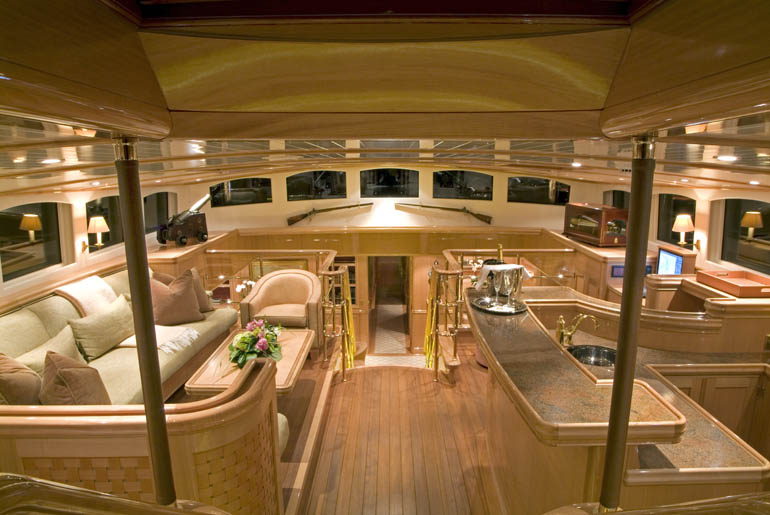 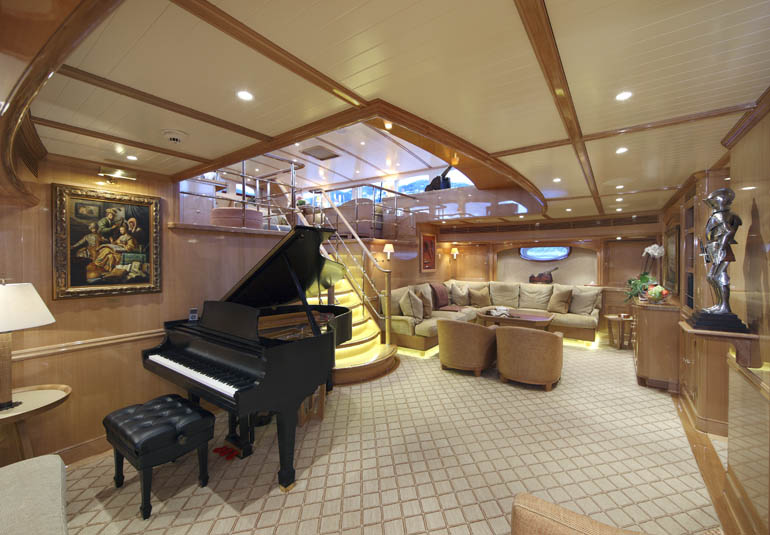 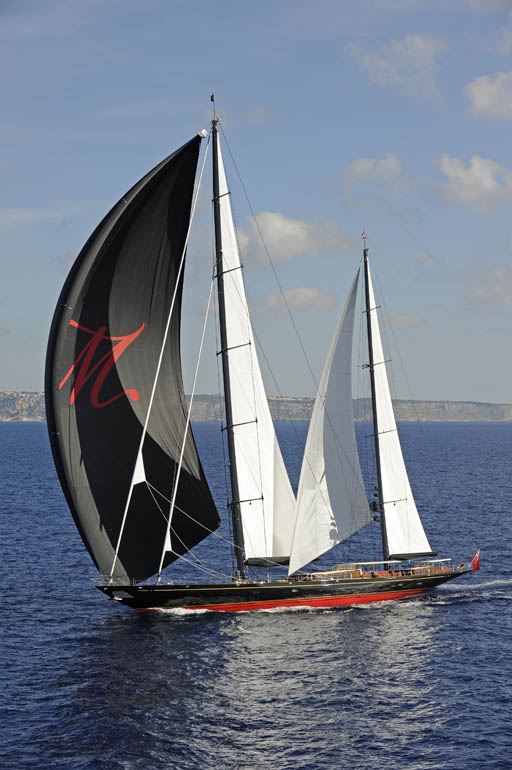 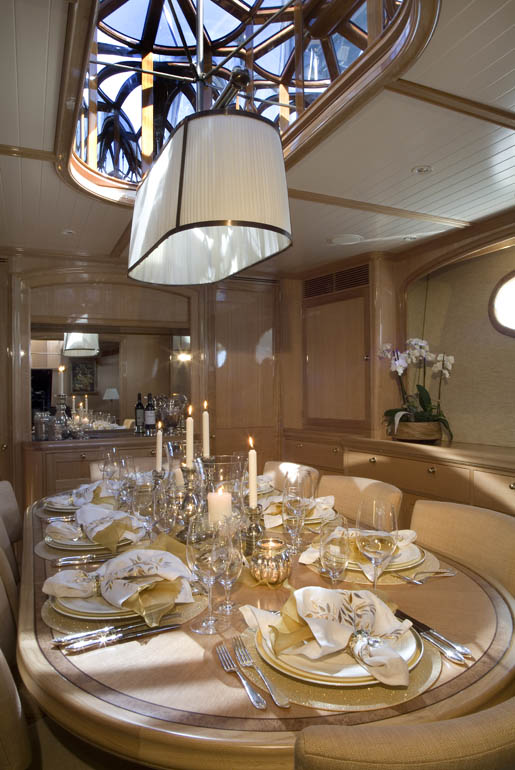 During the Loro Piana Caribbean Superyacht Regatta & Rendezvous 2015, Marie competed in Class B, where she took overall victory against the other boats in her division. Marie has cruised extensively in the Caribbean, the Mediterranean, and even faraway places such as the South Pacific and New Zealand.

Still, Captain Wes and his crew love to venture to the British Virgin Islands and participate in the prestigious regatta held here, where the sailing conditions are optimal, and the level of hospitality is first class.