Hedge Your Hard Asset Exposure – Real Estate is an investment.  It differs from the three most well-known asset classes of Stocks, Bonds and Cash – it is a Hard Assets investment. The ‘Hard Assets’ asset class also includes investments such as gold, silver, copper, zinc, molybdenum, lead, uranium, oil, timber, wheat, soybeans, in fact anything that if you dropped it on your foot it would hurt!  Real Estate investments are made out of necessity, speculation, or as life style choices.  We at INTAC, as investment advisors, observe that Real Estate valuations around the globe are very high, but concede that there are pockets of value.  Regardless of this fact, though, we encourage our clients to be mindful of their Real Estate exposure and to diversify and hedge that risk with other Hard Assets that are undervalued and trading below their long term, mean value – such as gold. 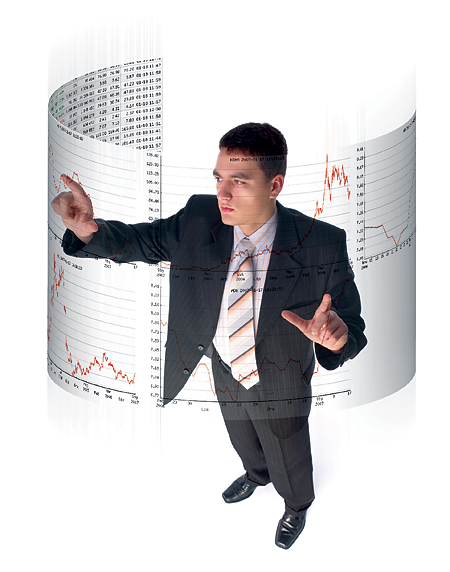 As an example, one such core investment that we hold in our INTAC Global Hard Assets Portfolio is the Phoenix Gold Fund managed by David Crichton Watt of AIMS Asset Management.  David manages the fund out of Malaysia and brings valuable Austral-Asia expertise, in contrast to the traditional North/South American and African bias.

The Phoenix Gold Fund has performed very well over the year earning 9.05 %.  It outpaced the S&P 500, which returned only 6.96 % (as of June 30, 2007).  However, since its inception on January 31, 2007 it has returned a staggering cumulative return of 1,007.2%.  David, in his most recent commentary, stated “The devastation of the so-called “sub-prime mortgage” market, coming despite the ballooning money supply figures that every major economy is reporting, might have been expected to drive the US Dollar denominated gold price to new highs. It did not and this fact in itself caused several gold commentators to suggest that the consolidation that began in May 2006 had yet to run its course and that another dip was yet to come.

“However, we decided to remain fully invested in both bullion and stocks for we noted that there was real accumulation in the major gold stocks, and that in the bullion market itself there was a firm undertone despite news of distressed selling by the Bank of Spain (which has had to offset the country’s horrific $100 billion current account deficit). This decision was fully vindicated during the first two weeks of July when, despite a dull bullion market, the gold stocks suddenly sprang into life. The Phoenix Gold Fund, which closed June at $1107.20 is today valued at $1195. As a result of this very sharp upwards move, the gold stocks appear somewhat over-bought in the very short term but there seems every likelihood that, after a mild re-tracement, the market will be ready to move to new highs.

“Of course, markets can do anything and it is certainly still possible that this apparent break-out from the pattern of the last 14 months might fail but the tea leaves are aligned much more convincingly today than a month ago.

“During this rather dull 14 month period, Phoenix has suffered its ups and downs but generally has managed to perform a little better than the gold indices. The fund’s NAV at end April 2006 was $1017 so we have managed to scramble 17% up whilst the index has slipped about 10%.  This, we feel is attributable to the much more diversified portfolio that we hold, with over 40 names. We feel this is necessary as mining is such a hazardous business.  In recent weeks we have been reminded of this as several market favourites have crashed.  Eldorado fell from $7.50 to $4.50 overnight when it was disclosed that the Turkish Courts had found for an appellant seeking to close their recently opened Kisladag mine. South Western Resources fell from $6 to a low of $1.25 yesterday when it announced that it had discovered that some of its drill results had been exaggerated (by moving the decimal point of the reported grades one digit to the right!).  These stocks we had owned in the past but, blessedly, were not holding them when they blew up.  However, we did not escape entirely for we did have small holdings in Perseverance, Gleneagle and Wedgetail in Australia and all three have seriously disappointed the market and been severely punished.

“Our largest position for some time has been Bolnisi Gold which had great success discovering a large silver and gold deposit in Mexico.  This company is now the subject of a takeover bid by Coeur d’Alene and management of Bolnisi is recommending acceptance of the paper bid and accepting the offer itself with its substantial shareholding.  The reason that management has preferred Coeur d’Alene over other suitors is that it believes that Coeur is by far the cheapest of the silver producers, that its shares are extremely liquid, and that the combined entity will become the largest producer of silver by 2009.  We expect therefore that Coeur d’Alene will become our largest individual holding as we intend to accept the bid and will hold the Coeur shares in anticipation of much higher prices.

“So, going forward, we intend to remain fully invested. We accept that a further period of consolidation is possible but after 14 months of patience it would be foolish to miss the next major advance and we are confident it is getting ever closer.”

It is important to note that while the Phoenix Gold Fund is an outstanding investment it should be included in a well diversified portfolio such as the INTAC Global Hard Assets Portfolio and the exposure to the Hard Assets asset class should be part of an overall strategy that reflects your particular risk/reward profile.  This is one of the seven INTAC Investment Philosophies.

Investing your life savings, like flying a jumbo jet, brain surgery, or building skyscrapers, is tricky business and should be left to highly educated, experienced professionals.

Next month we will look at some stock specific investments that we feel have the potential to generate significant alpha, and outperformance as this secular bull market in Hard Assets continues.

INTAC is a private wealth management business that has been investing in managed funds globally for our high net worth investors for over 10 years. Artical Mark Robinson, INTAC Global Investments Visit our website at www.intacglobalinvestments.com to learn more about INTAC and the Phoenix Gold Fund, or contact us at [email protected]