wrecks in the making – Fortunately, they are few and far between and in 99% of cases pirates aren’t involved.  The sunken treasure can be salvaged and, providing premiums are up to date, the costs recuperated.  Those wrecks of yore still hold a fascination for many, though.  It’s just that these days treasure hunting is a metaphorical exercise – the discovery is for ourselves, and it comes to us via a blurring of boundaries between the arts and sports…history and SCUBA. 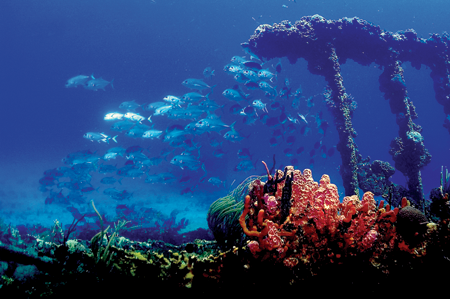 If you are thinking of treasure in a real sense, please remember that the 200 or so known wrecks scattered around Anegada’s Horseshoe Reef are protected and it would be an expensive and extremely hazardous act. 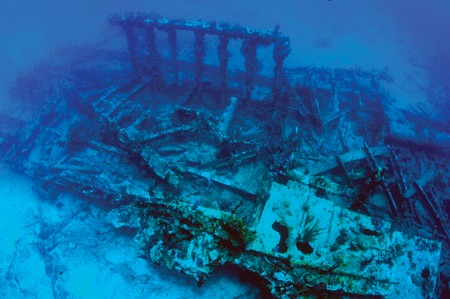 From about 1500 to about 1960 the wind, currents, shallow waters and sharp protrusions of reef were the fate of many an able seaman.  And, let’s face it, they were far more able than many of us who take out a modern yacht for a week’s cruising around our sunny Isles.

A coral reef is made up of millions of living organisms and the hard calcified deposits they excrete.  In these sublime, warm, clear tropical waters where the sun’s rays penetrate deep and wide, coral grows incredibly fast.  Where there wasn’t a reef one year, there may well be the next.  Even if the eager treasure hunter has successfully negotiated the reef in his modern yacht, the expense of carefully sifting through coral, inch by inch, hunting for a chance of a doubloon will be monumental.  Entertaining the alternative is, well… just don’t.  Balsum’s Ghut may have wonderful sunrise views but we hear the food is diabolical and chain link fencing is a pretty depressing environment.  Besides, the environment is infinitely precious and a couple of doubloons would hardly cover the cost of the damage. 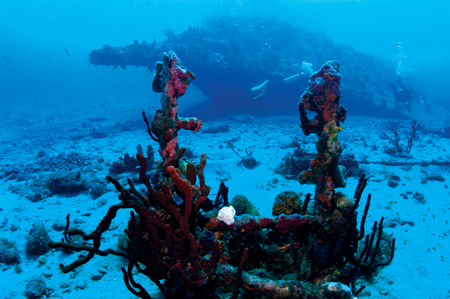 The diving enthusiasts and historians of the BVI view the wrecks as treasure in themselves.  Every boat lying on the bottom of the deep blue sea is part of our history and heritage.  Their stories helped to make and shape these Islands.  They are symbols of battles fought and lives lost, of trades undertaken, and provisions delivered – or not, as the case may be. 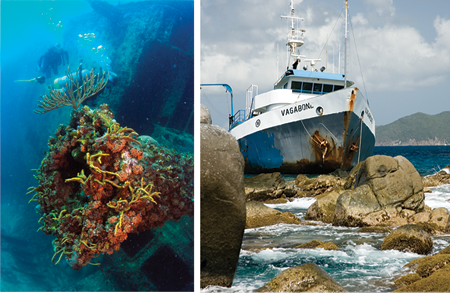 HMS Astrea, a 32 gun, 689 ton frigate that served in the American War of Independence, sank off Anegada in 1808. Only four survived her sinking, one of whom was Captain Heywood.  Initially court-martialled for losing one of His Majesty’s ships, Heywood was subsequently pardoned when it became apparent that the weather was to blame for his ship’s demise.  No doubt his heavy heart was punishment enough.  A shipwreck in all likelihood is a grave, and it will most certainly be a grave record of a failed mission.  We should look, learn and then leave them be, they are but watery monuments to those who helped to build the BVI. 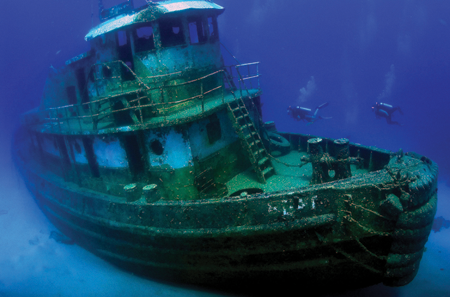 These days, shipwrecking can actually be a purpose-led exercise.  It’s not uncommon to tow a disused vessel to a pre-organised spot and sink it.  A little bit of history in the making, these new wrecks help to form habitats and dive sites.  It is not a new concept – in 2007, the USS Oriskany,  a US Navy carrier was sunk off the coast of Florida to serve as a new reef and to provide a dive site.  There is, to a certain extent, something morbid about anticipating the sinking of a modern vessel for our leisurely use. 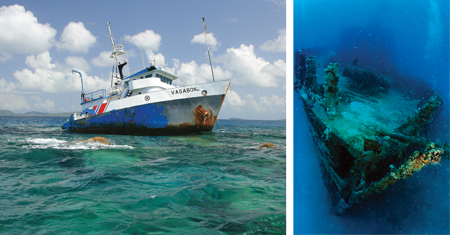 The BVI’s most famous wrecks are explored by thousands every year.  Some are the result of natural disasters, others are sunk on purpose.  RMS Rhone and the Chikuzen, the original Willy T restaurant and the Fearless have served the BVI tourism industry well –both at sea and on land.  After all, everyone who comes here needs a place to stay.

And today, the wrecking goes on.  Vagabond, who graces our cover, found herself ensnared upon Fallen Jerusalem’s sunken wall of rocks during a storm last year.  She’s not the only barge to run aground – there are quite a few more out there gradually becoming a part of the seabed.  Quite aside from their eventual aesthetic value, they do pose a bit of a problem.  Firstly, they may well become hidden obstacles lying in the paths of unsuspecting charter vessels, and secondly, abandoning a vessel without authority is a bit like dumping garbage at the side of the road – it’s just not the done thing.

Wrecking a vessel, deliberately, requires a significant amount of paperwork and permission from the Government Ministry of Natural Resources and Labour.   Many of those abandoned barges aren’t quite abandoned yet, so before you investigate, view them as someone’s property and wrecks in progress.