Home >> How did Sailors Navigate in the old days?

How did Sailors Navigate in the old days? 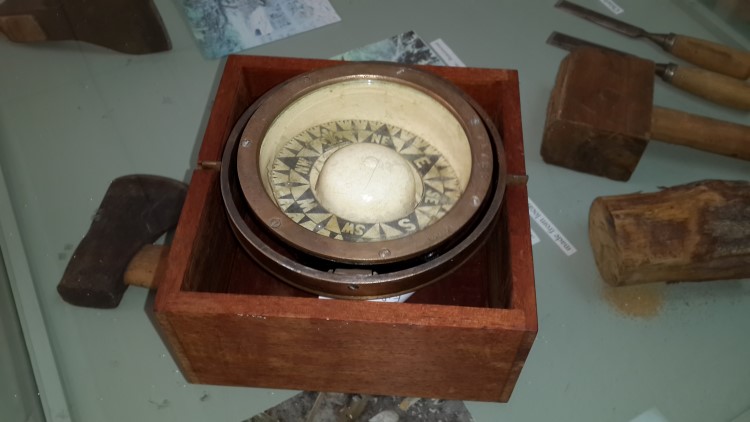 In studying the maritime history of the Virgin Islands, one subject that has always fascinated me is how the mariners of the old days were able to navigate their sloops over vast distances of the Caribbean.

For over 200 years, our sailors travelled all over the region and even down to Guyana on a regular basis without the aid of the electronic devices that we take for granted today.

I have delivered both power and sail boats between the Virgin Islands, St. Maarten and Antigua and have used both chart calculations and an electronic chart plotter which is in common use today. No matter which method was used, we always had the benefit of GPS—Global Positioning Satellite—to insure that we knew our location.

In the old days, they relied on the location of the stars, their knowledge of wind and current, and if lucky, a box compass. There were other methods as well and I will share the limited knowledge that I possess with you now.

Box compasses were a fairly reliable instrument in sailing, especially at night but they were a luxury few could afford. In the 1920’s in the village of East End for example, there were maybe four compasses and close to four times as many sloops in operation. The owner of a compass would lend it out to others, but only when he was not using it so they were not readily available; sometimes a trip down island had to be postponed until one could be had.

The trip between here and St. Maarten is the longest distance between any of the Islands in the Antilles chain – 90 miles. It also is the only time you travel directly into the wind and almost straight against the current. All the other passages have the wind and current on some degree of a beam reach.  Additionally, land is out of sight most of the time and even when St. Maarten comes into vision, its distance is very misleading.

The trip is usually begun at the end of the day with an overnight passage in hopes of reaching land in the early morning or by noon of the next day.

When you are on a starboard tack, the addition of the current pushing against you on an angle sends you away from where you’re going so that the longer you stay on that tack the farther away you are pushed. One must compensate by staying longer on a port tack, steering up towards the island of Saba and then falling off to St Maarten.

They were aware of this in the old days and were able to reach the island by timing their tacks and using certain stars to steer by. Virgin Islands mariners knew the location of certain star formations at different times of the year and they used this knowledge to point their sloops in the right direction. If they were travelling beyond St Maarten and continuing down island they would switch to a different star or constellation as they changed direction. They also had their own names for these stars which unfortunately I am not aware. 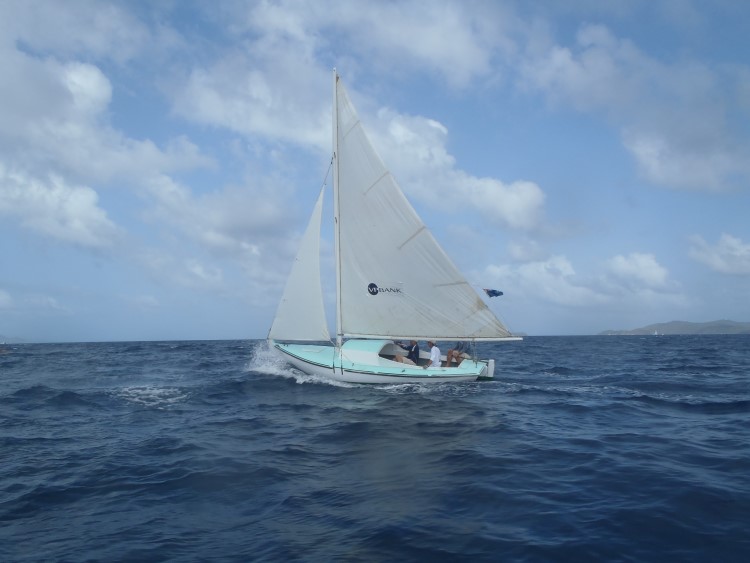 Once you are heading down, you are almost constantly in sight of land and at night you can use the lights from St. Kitts and Nevis to guide you to Antigua and so on from island to island as you move south. This however is another of our modern day advantages since electric current did not reach the Caribbean until recent times. Unless there was moonlight to silhouette the islands in the distance, our ancient mariners had to rely on their knowledge of wind and current and time their tacks accordingly.

They did have another method to keep them on course – one which worked when they were on a reach and another when running before the wind. This was by using lines with weights on them tossed off the beam of the sloop; one on each side at the widest point of the boat and maintaining a particular space between the hull and the line. The spacing was determined by the desired course in relation to the direction of the current and the spaces between the lines did not necessarily have to be equal. It is a method that is both ingenious and simple once one knows the affect that the current has on course and heading.

The other way that weighted lines were used was when the sloop has the wind and current directly behind her on what we call a run.  This is one of my favourite points of sail and creates what’s called ‘surfing.’

Surfing occurs when you move through a wave and are picked up by the wave and carried forward at an increased rate of speed. When the wave hits the boat, it picks it up from behind pushing the stern up and sideways in one direction or the other so when it has passed you must straighten the bow back in the direction you are heading.

This is easily done in daylight and in sight of land, but otherwise you can be set off course and either start a zig-zag pattern that can add hours to your passage, or set you off in a direction to a place you never intended to go. What the old timers would do is take a weighted line and toss it over their shoulder to stream directly behind the stern of the boat. As they came off from surfing the wave, they would adjust their steering so that the sloop was back in a straight line with the weight; thus, they could return from St. Maarten confident they could maintain course, bringing them to Round Rock passage at first light.

There is so much more I need to learn about the ways that these mariners navigated the region. If anyone reading this article has information to share, please contact me through VIPY or through the Virgin Islands Maritime Museum at the H. Lavity Stoutt Community College in Tortola.