Home >> Emancipation Celebrations and the Origins of Sloop Racing

Emancipation Celebrations and the Origins of Sloop Racing

Emancipation is traditionally celebrated throughout the English speaking Caribbean on the first Monday of every August to mark that day in 1834 when the first proclamation was read in public.

Here in the Virgin Islands, we hold a solemn remembrance at the Sunday Morning Well, even though the proclamation was actually read in the Anglican Church. Every year after that, the day was commemorated as a ‘day of remembrance.’ In fact, in 1853 the government declared that an unpopular cattle tax was due on that day and their lack of appreciation for the importance that the people placed on this occasion, led to one of the worst riots in Virgin Islands history.

After the turn of the century and the end of the First World War, the emancipation event started to expand and picnics would be held at different villages throughout the Territory during the first week in August. Bands would move around and play at the different locations, and other entertainment was provided, including horse races and sloop racing competitions. By this time, traditional wooden boat building and maritime trade was well established as the centre of our economy. The competition involved in trading goods to St. Thomas had created a keen interest and pride among the local boat captains as to whose sloop was the fastest and each village claimed their champion. 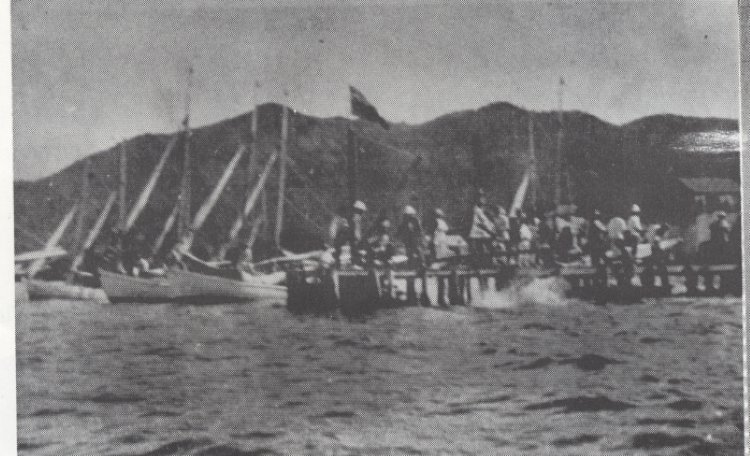 During the 1920s, this sloop racing tradition flourished and grew. It developed in a similar way in Anguilla where sloop racing is still held at the different villages all week long.

In 1952, the coronation of Queen Elizabeth was celebrated in Road Town on August Monday with a big parade. It was so successful that it was decided to have a festival celebration every year with a grand parade on August Monday and a water sports day on Tuesday, featuring sloop racing and aquatic events such as a greased pole and swimming competitions. Horse racing was later added to fill out the festivities.

It was this period that led to the way we celebrate Festival today. Although we no longer hold picnics in all of the villages, we still move around from Road Town to East End and finally finish the week off in Carrot Bay.

The sloop races in the 1950s were a big deal. 25 to 30 sloops would participate, racing all the way to Virgin Gorda and back, with shorter races around Dead Chest and returning to Road Harbour.

The prize money was substantial, the competition keen, and the bragging rights to the winners highly coveted. These races continued on until the late 1960s, when wooden boat building and trade with sail ended. It is interesting to note that one of the primary reasons for this decline was the introduction of refrigeration to St. Thomas. No longer was there a need for beef to be transported live on the hoof from the BVI.

Emancipation Festival celebrations continued to grow, but the sloop races became a memory. Slowly the existing sloops were left rotting on the beaches. Transport moved on to use steel barges and a whole generation of traditional wooden boat builders—the last generation—began to disappear. With them went their knowledge and skills lost to future generations to come. 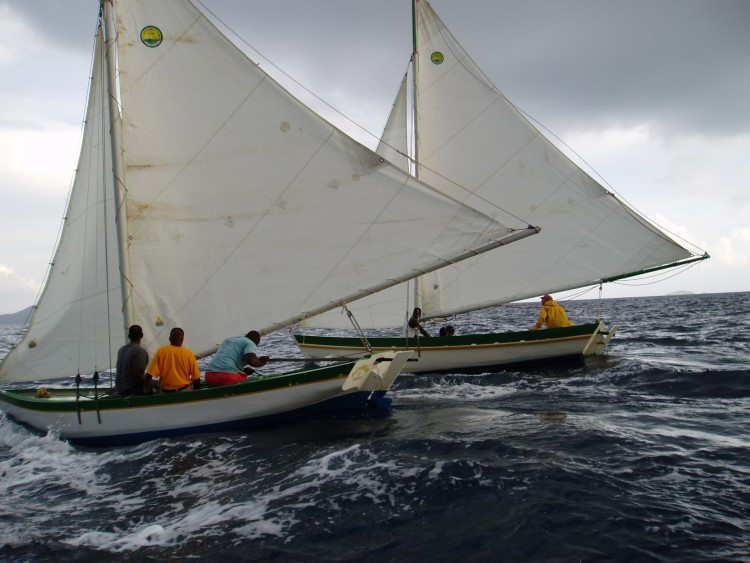 In 2003, the Maritime Heritage programme—through the Virgin Islands Maritime Museum at the H. Lavity Stoutt Community College—began a modern revival of the traditional festival sloop races. Now in its 13th year and known as the Great Festival Sloop Shootout and Heritage Regatta, it features two to three races with upwards to five existing sloops participating and is highlighted by a race between our Hon. Premier and H.E. the Governor. We know of no other place where the two heads of state square off against each other to compete in a race on the water and it has made news all over the world. 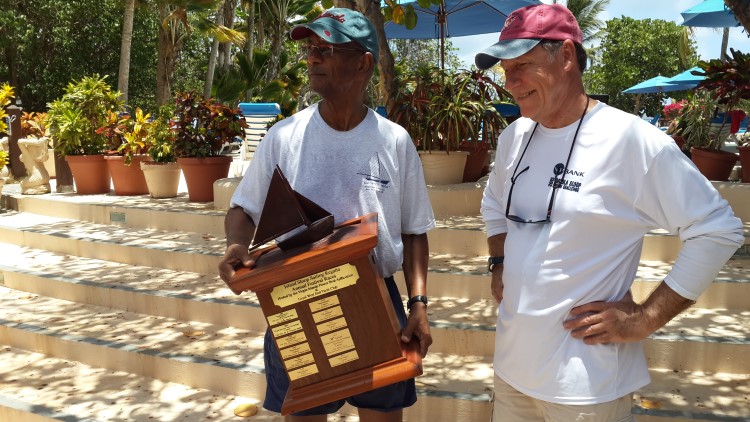 Although our festival sloop races cannot compare to the level of participation found in Anguilla or Grenada, we are still holding our own and who knows, perhaps a new generation will rise up to the call.