The Hanging of Arthur Hodge – On the 8th May 1811, a prominent Tortola planter was hanged for the murder of his slave, Prosper. Prosper had been so severely whipped for picking a mango that he died, untreated, of his putrefying wounds. In an era when the British Virgin Islands seldom took the centre stage of history, this event caught the attention of Empire and proved a milestone on the long road to emancipation. It seems ironic that the episode is known as “the hanging of Arthur Hodge,” the title of John Andrew’s informative account.  Might it not be more appropriately known as “the murder of Prosper?” Nowadays, we give greater prominence to the victims of crime.  Focusing on Hodge may suggest that only the planter’s fate matters, ignoring the slave, one of the many who were largely voiceless at the time and, therefore, mute in the pages of history. 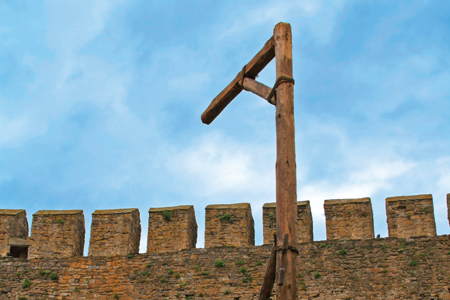 Yet the episode was significant precisely because Hodge hanged.  Clearly Hodge had committed the crime, yet not everyone thought he should hang for it.  Many, Hodge probably included, did not think he would hang.  The jury that condemned him recommended clemency and it was felt necessary to put troops on alert to enforce the rule of law if necessary.  The case was a milestone because it represented an unprecedented willingness to enforce the law against a planter where his victim was a slave.

On 6th March 1799, the Leeward Islands Melioration Act received Royal Assent.  Passed by the General Council of the Leeward Islands Colony, which included the Virgin Islands, it was a product of enlightened self-interest, aimed at improving conditions so that the slave population could be maintained “by propagation, rather than by importation.”  It showed the way the wind had begun to blow, anticipating the abolition of the slave trade throughout the British Empire in 1807.

Hodge’s Counsel, William Musgrave, displayed ignorance both of the law and of the changing mood of the times when he declared of Prosper’s murder that “it was no greater offence in law for his owner to kill him than it would be to kill his dog.”  But, with colonial juries comprised of white planters, was there the will to enforce the law to the point of hanging one of their peers?  Hodge and his supporters had cause for complacency.  The previous year in Nevis, Edward Huggins had so outraged his fellow planters with public floggings of his slaves that he was censured by the Assembly and brought to trial.  The jury acquitted him.

Leeward Governor and abolitionist, Hugh Elliot, had been impotent in the face of this travesty.  When Hodge was condemned, by witnesses and jurors alienated by his anti-social conduct, it was Governor Elliot who sealed Hodge’s fate by refusing the jury’s recommendation that sentence be delayed pending possible Royal Pardon.

Elliot identified the episode’s significance:  “God grant that this severe example may teach others in the West Indies to dread a similar fate, should they forget that slaves are their fellow creatures and that their lives are protected by the Laws both of England and the Colonies”.