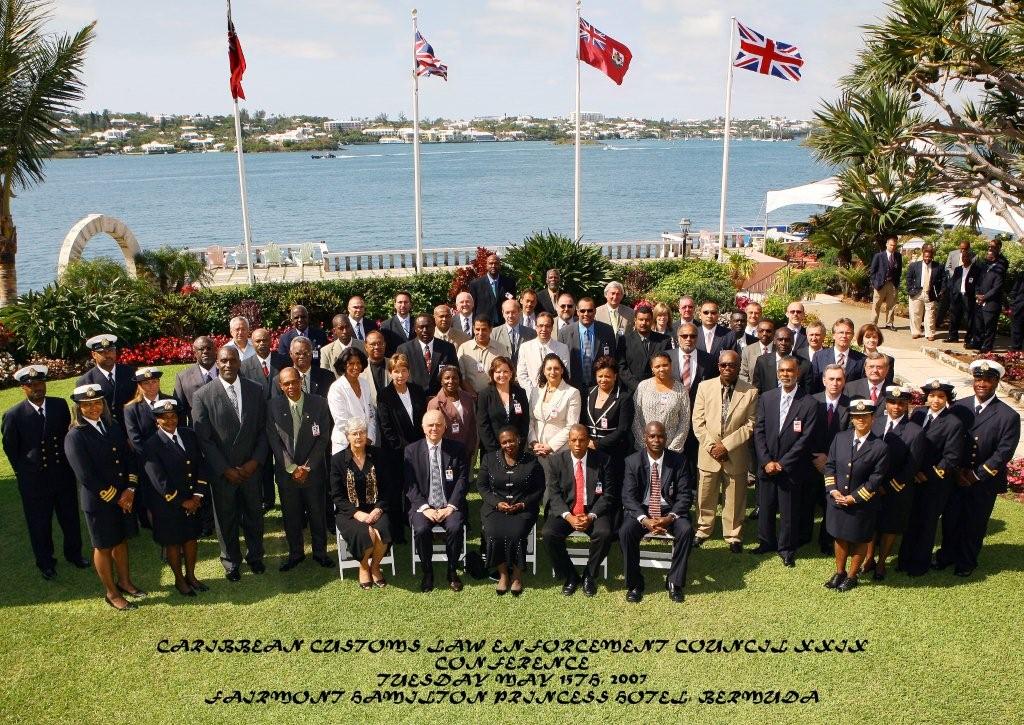 Thursday, May 24 – The BVI’s Customs administration was nominated and unanimously elected chair of the Caribbean Customs Law Enforcement Council (CCLEC) for the next two years at the 29th conference held in Bermuda from May 14-18.

Comptroller of Customs Mr. Wade Smith said that the nomination was likely based on the BVI’s significant contributions in training and law enforcement support to member countries. The BVI delegation, headed by Mr. Smith, also received an award in recognition of their contribution and excellent use of the Regional Clearance System.

Mr. Smith said that the officers benefited from workshops about Tourism, Security and Terrorism; Capacity Building and Inter-agency Cooperation; Combating Counterfeiting and Piracy.

“As clearly stated during the conference, Customs Administrations throughout the world remain the first line of defence in preventing the movement of illegal narcotics, weapons of mass destruction, funds supporting terrorism and other illicit trade from entering our respective nations,” he said.

Members of customs administrations from the Caribbean region, Canada, France, the Netherlands, Spain, the United Kingdom, Australia and the United States of America also attended the conference.

The CCLEC comprising 38 Customs Administrations was established in the early 1970s with a mandate to improve the level of cooperation and exchange of information between its members.