Profile: USA "Black Boaters" in the BVI – With 10 successful summits on the books, Captain Paul Mixon, an event planner from Richmond, California and creator of Black Boaters Summit (BBS), is headed back to the BVI once again this year, August 1-10. “It’s been a labour of love,” remarks Cap’n Paul, as he is known to his participants. African Americans have long been a minority in sailing, and introducing them to the sport has been a challenge.  Black Boaters Summit first tested the waters 10 years ago after Sun Yacht Charters, now SunSail, asked Cap’n Paul if he would help them sell chartering to African Americans.  “We sailed with 10 boats back in 1997. Not a bad start. Our best year was 2006 when 280 participants sailed on 24 yachts.” 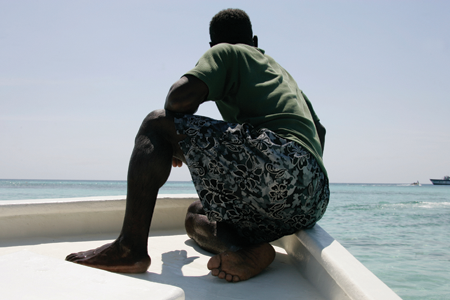 Since its humble beginnings a decade ago, Black Boaters Summit has continued to target the $42-billion annual African American travel market as its niche. This year Cap’n Paul plans to sell his event to US yacht clubs and sailing schools.  “We have created the best adventure vacation in the world. BBS is more a party than a sailing vacation.  Our non-boating non-swimmers tell us they love the event. But getting folks to come and give us a try has been the root canal of all sales,” he laughs.  “Thank God for our loyal returning clients; we could not produce the event without them.”

With success has come fame, of a sort. Both Cap’n Paul and Captain Bill Pinkney—the first African American to circumnavigate the globe—were very surprised to be contacted by National Geographic magazine last year.  The prestigious publication wanted to feature the two men in one of three “Life Dreams” stories to appear in the December 2007 issue.  Not long after, a film crew arrived at the homes of both sailors to interview them, then followed them down to the BVI for a four-day shoot during the 10th Annual Black Boaters Summit in August of last year.  “National Geographic and Ameriprise Financial paid us a great honour,” says Cap’n Paul.  “They did an excellent job of telling our story.”

To learn more about Black Boaters Summit, log onto: