Underwater Explorer – If I had to point out one of the most interesting characters I have ever met it would, without a doubt, be my good friend Armando Jenik. Armando can be described as a kaleidoscope of adventures and experiences viewed through a camera lens, that put a quite different perspective on life.I first met Armando a few years back whilst surfing.  He was, I thought, a turtle.  The turtle rose out of the water as I skimmed past it and nearly ran it down.  I was amazed that it did not flinch or turn to dive out of the way.  ‘The turtle’ spoke to me as I finished out the back of the wave “Next time aim for my head, it will make a better shot, just don’t hit my camera." On reviewing those shots a friendship developed.  Before long, Armando invited me to his studio and I was privy to some of his work, his art. 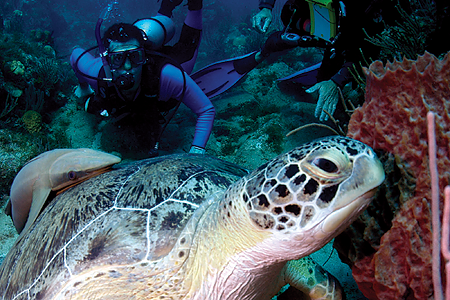 Armando is modest about his work.  His work, though, is spectacular and has been seen by many all over the world.  We have walked passed his dive shot billboard in Heathrow airport; seen him act as the stunt double in the movie Weekend at Bernie’s; seen endless amounts of underwater footage in ads and stills; and been in awe as he asks 50ft yachts to gybe on top of him at Spring Regattas.  This last point has been crucial to the development of his now trademark style of photography – underwater splitz, a focused view of life in action across the water line, where image and focus bring two worlds together.  Armando is an artist; the ocean his canvas, and the camera his crayon. Through digital he has been able to provide subjective experiences by shooting divers in action.  His website, www.scubashotsbvi.com is filled with the stunning results. 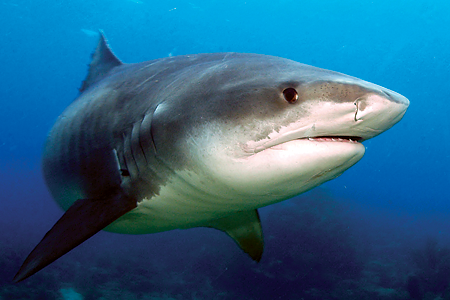 Armando has a shark cage outside his house; the sharks in the BVI fascinate him greatly.  His involvement as an underwater photographer in a National Geographic documentary on the catch and release of marlin enabled Armando to make some amazing observations that revolutionised the catch and release programme. Armando, bumped and tossed around but nevertheless committed to the shot, noticed that on their release the tired and traumatised marlin, sending distress signals to other fish, fell prey to packs of sharks awaiting their release.

In 2006, a fresh whale carcass surfaced just off Salt Island and a pack of tigers and other local sharks gathered round the carcass in a feeding frenzy. Armando and his friend, photographer Jim Scheiner, risked at least a limb or two if not a life by swimming into the fray to gather footage.  Armando is fearless in pursuit of something beyond exceptional. On the second day, the tiger sharks had apparently sated their voracious appetites and Armando was able to get within two feet of them.  They flared their pectoral fins in warning, but stayed away.  It was a unique experience, unlikely to be repeated,  and it epitomized Armando’s attitude to achieving great  art.  “In action, danger, things can happen, getting through it and surviving is a testament to your skill, experience, professionalism and your balls.  The moment caught on camera is the single element of many other pressures.” 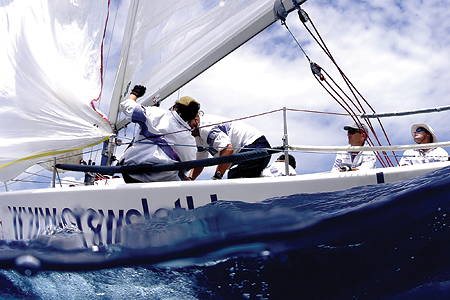 Armando has been shooting, living and breathing underwater since the early seventies.  He constantly keeps up with his ocean and the world of technology to provide a crystal clear image of a world below. I’m again sitting in his studio looking delightedly through images that for him are memoirs and to me are works of art – amazing products of creativity.  As we sip coffee Armando is enthusing over past adventures and new projects.   He tells me, “If you want a piece of the action, then keep your eyes open. The underwater world is full of surprises.”