La Vida – Ah, Anegada, island of mystery.  Danger.  Fascination.  If the charter companies are to be believed, it’s a black hole waiting to suck unwary visitors into a vortex of horror, or at least the nightmare of a dragged anchor.     The reality is that, whilst a few miles away from the rest of the BVI, it’s a relatively simple sail from, say, North Sound (steer 005M until you see a swatch of trees off the starboard bow.  Head for the buoys when you finally see them.  Don’t follow your chartplotter.  Do consult your chart).  The general run of yachts can fit into the anchorage at Setting Point but any vessel with a draft of more than seven feet or so might want to settle in at Pomato Point, to the west of Setting Point. It’s a fast dinghy ride away.  Once there, you’ll never want to leave—don’t trust anyone who dislikes Anegada, it’s a test of character. 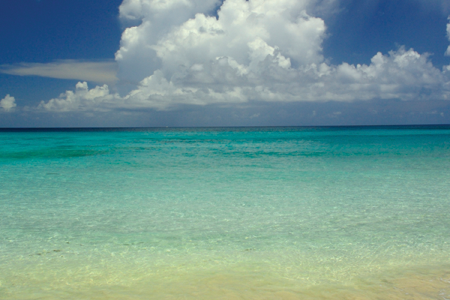 One great attraction is that there’s nothing to do, which is all of its charm really. Jump in a taxi and head for the beaches (Loblolly or Cow Wreck) with your snorkel gear and a fat wallet.  The infrastructure is fairly basic—I once had a charter guest who sputtered, “You expect us to ride in the back of that thing like, like farm workers?” Indeed I did, and she did, and she came back grinning from ear to ear.  She finally got it. The smoothies at Big Bamboo helped, too. 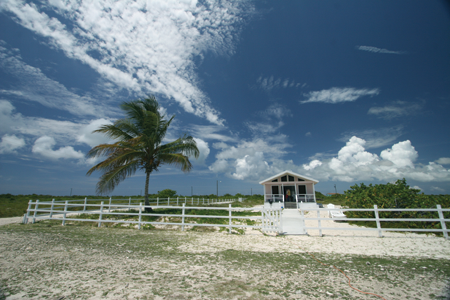 With just 200 inhabitants, Anegada is a family place. The Wheatley family is perhaps the best known for the Anegada Reef Hotel, as is the Soares family of Neptune’s Treasure and fishing charter fame.  Danny Vanterpool is considered among the best fly-fishing guides in what is regarded as one of the top fly-fishing destinations for bonefish and tarpon.  As with the BVI generally, behind the laid-back, ilons-style surface there are some serious business brains at work. With few resources other than fish and fun, Anegadans are making the most of their opportunities.

Last summer I met a couple who told me they have been island hopping for years up and down the Caribbean trying to stay a couple of hops ahead of the crowds.  Anegada had become their last, best hope, they said. In summer, in fact, it’s almost deserted. This couple told me they had walked for four hours along the talcum-powder-sand beaches without seeing one other human being.  They were ecstatic about that. 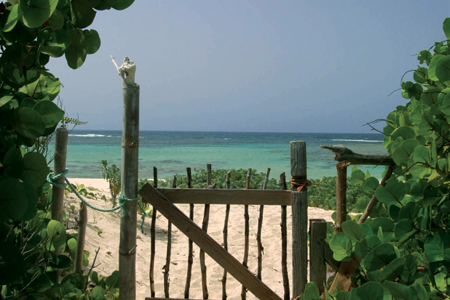 The biggest mystery in all of Anegada is the exact provenance of the famed Anegada lobster. Simple arithmetic tells us that with, say, 20 boats a night staying at Setting Point (a modest assessment), times, say, five crew average, times, say, seven days in a week equals, well, hmm… a lot of lobster!  Is it true that they are flown in from Anguilla?  Nobody’s saying, although one does hear some serious hints about this or that establishment.  All I know is that I’ve been in Anegada when the Lobster Trap has had lobster and nobody else has.  And other days when Potter’s had lobster and nobody else did.  And other days when the Hotel had a few.  Neptune’s too.  As I said, it’s a mystery, but that’s why we love Anegada—it’s supposed to be mysterious. 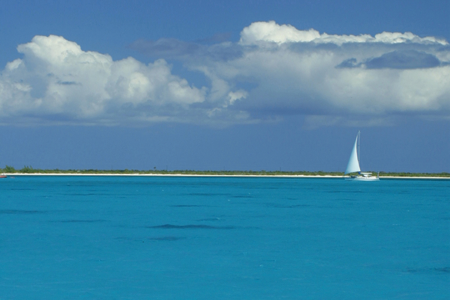 The biggest mistake visitors can make regarding Anegada is that they don’t stay there long enough. Two days should be a minimum—one day to get the lay of the land and another to let it all sink in.  There is a quality to the breeze out there, the sound of the wind in the pines, the scent of lobsters grilling, dancing in the sand at Loblolly or Cow Wreck or at the Reef Hotel, that is unmatched.  The tragedy is not only that you have to share it, but that eventually you have to leave it.