BVI Radio League – Ham radio, or Amateur Radio as it is properly known, is a communications tool for non-professional use (as its name implies) and hobby that in many ways was a precursor to the Internet.  A group of dedicated amateurs who had passed the requisite training were able to make contact via radio waves with one another around the globe.  Their correspondence might be purely social or it might be of a socially valuable nature, such as relaying information or making emergency contacts.  Much of this correspondence is now done through the internet, but there is still a group of “Hams” who enjoy the technical aspects of the form: bouncing radio signals from a backyard (or shipboard) antenna off the ionosphere so as to chit-chat at great distances with like-minded strangers. 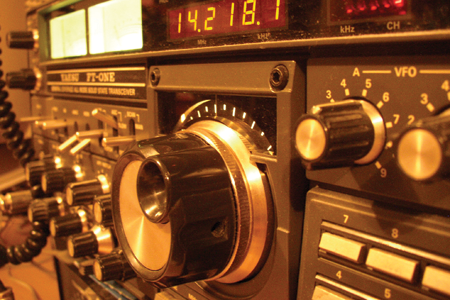 Many sailors are familiar with Herb Hilgenberg and his Southbound II net which relays weather information to vessels crossing oceans from the Atlantic to the Pacific.  From his home in Canada, Herb has brought solace or routing suggestions to thousands of sailors.  With the right training and equipment, you could be of service too.  With the hurricane season fast approaching, such a capability will be most sought after here in the BVI.

If you have any interest in this fascinating hobby, you will be pleased to learn that the newly formed British Virgin Islands Radio League is seeking persons who have an interest in Amateur Radio Communications and would like to be part of a group which can contribute in terms of community service and knowledge.  The League will provide an avenue to meet new people both locally and around the world.  Regular meetings are held monthly on every fourth Monday at the Department of Disaster Management at 5:00pm.  If interested, contact Emergency Communications Officer, Jasen Penn at 494-4499 at the Department.