Home >> A near-death experience and a great rescue

A near-death experience and a great rescue 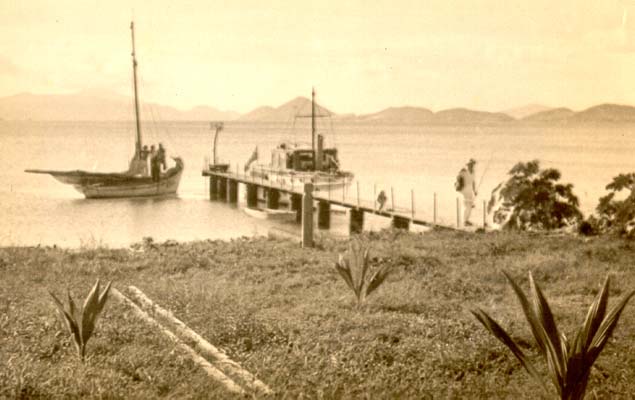 In 2005, I spent many weekends on the island of Anegada helping local shipwright Watson White build a traditional wooden sloop named Sea Moon. My record of that endeavour has since been recorded in a book titled How to Build a Virgin Islands Sloop which is aimed at educating youths at the primary level about the techniques used in traditional sloop construction, and to nurture an appreciation of the maritime heritage of the Virgin Islands.

In addition to learning these construction techniques from Mr. White, I was also very fortunate to hear many stories from the past as related by him during our long days cutting wood in the bush, and under the sea grape tree preparing the frames.

The first took place in Anegada during the Second World War. Although most of the fighting occurred in Europe and Asia, the Caribbean became a battleground too as the war at sea was waged here also.  German and Italian submarines, or U Boats as they were called, roamed the region sinking merchant vessels bound for the Allies in Europe.

In response, the U.S. built a naval and submarine base in St Thomas in Charlotte Amalie. One day, late in the war, Watson White was out fishing with his uncle towards the West side of Anegada when they came across a very strange object floating in the sea. It was large, black, and made of steel with several long prongs sticking out of it. Without any idea that what they had just discovered was a naval mine with enough explosive power to sink a large ship, they tied a line to it and towed it back to the settlement with them.

When reaching the shore in Way Pole Bay, Watson’s uncle declared he was heading home for lunch and would return later to investigate their find. He suggested that Watson do the same thing. Watson however decided to linger a bit after his uncle had left and being a young teenager, his curiosity won the better of him. 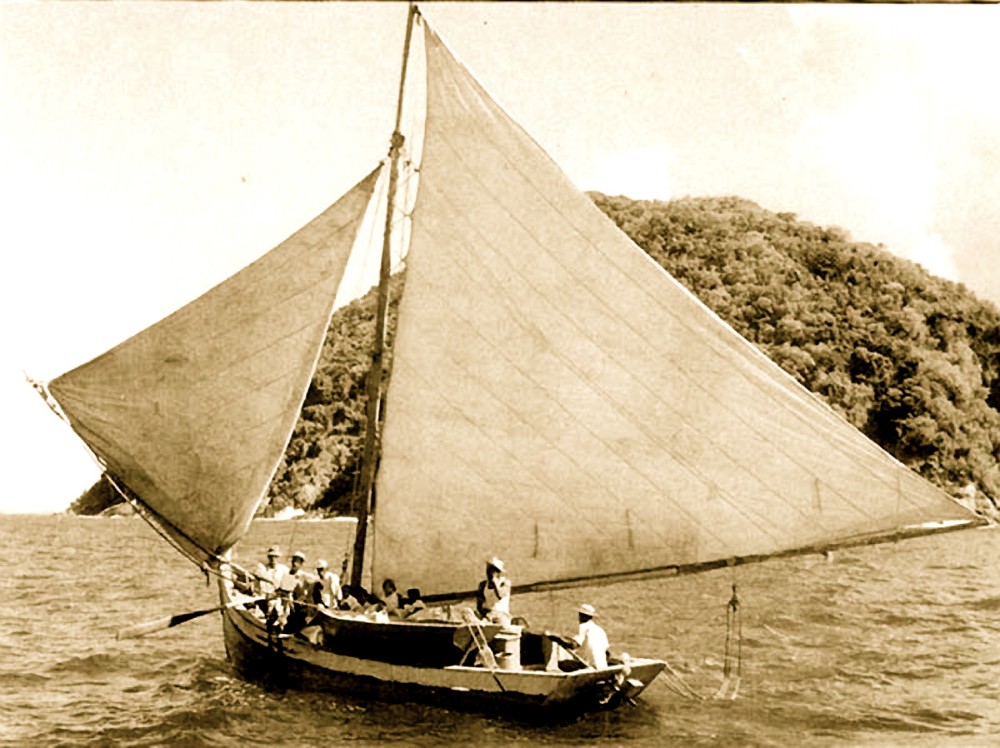 There was what looked like a large inspection plate, bolted onto the cylinder and with a hammer and screw driver he found nearby, he began to knock the bolts off of the plate. What a surprise to Watson when he finally knocked off the plate and discovered that the cylinder was full of gunpowder. He may not have possessed knowledge of naval mines, but he well knew what gunpowder was.

Watson’s heart stopped as fear crept over him. Not only the fear of blowing himself up, but that of discovery when his uncle found out what he had done. As luck would have it, his uncle showed up just as he was attempting to put the plate back on.  He had cut short his lunch out of curiosity of his own and an intuition that his nephew might do exactly as he had done. There was no need for punishment as the appearance on Watson’s face told him he would never do anything like that again.  His Uncle’s only words were: “My God there wouldn’t be enough left of you to bury.”

This second story takes place five or so years later in the early 1950’s. Watson was sailing in a sloop with his uncle to Charlotte Amalie with cargo to sell and a few passengers aboard.  It was a very calm day with light winds if any at all. At times, they had resorted to oars to help them on their way and as they reached the end of the Ghut, approaching the rocks called the Cow and the Calf, Watson’s uncle saw some black shapes off in the distance. He ordered a young and very strong Watson to shimmy up the mast as far as the hounds—the point on the mast where the forestay and the shrouds meet—and get a better look at what was ahead.

At reaching this height, Watson reported what looked like people in the water hanging on to bags of charcoal. They sailed in that direction and rescued five people indeed hanging on to bags of charcoal for dear life. They came from what I believe was the sloop May. There was the Captain, his young grandson, and three passengers. With the current being stronger than the wind, they were forced onto the Cow and the Calf where the sloop broke apart being also overloaded.  There were two others onboard who drifted away from the first five, and they were fortunately saved by another boat.

This was a fairly common occurrence in those days. Boats were almost always overloaded beyond a safe level for operating and in light wind, if the current was against you, there was no way to control the progress or direction.

There is one other anecdote that goes with this story. One of the passengers rescued by Watson and his uncle was a young man from St Thomas named Hughes. This Hughes was in love with a very beautiful woman, but was so shy and nervous, he was afraid to approach her.

Apparently, he took his problem to some of his older friends and relatives and was given some very sound advice. They told him he needed to go to the pharmacy in town and ask for some ‘Compelling Powder,’ some ‘Taming Oil,’ and pills called ‘Come Bring Her To Me,’ which he did. The pharmacist on hearing the request said “Just one moment.” He retired to his back room and soon returned with the requested order filled for which he was paid in full. How these prescriptions were administered or the end results are not clear, but one thing is certain, Hughes did not return to complain or ask for his money back – perhaps he was too embarrassed.